Not only does this genuine matching number 1972 Porsche 911 2.4S tick all the 'exceedingly rare' boxes of a car produced by Porsche in this period, it also has a wonderful story to tell. 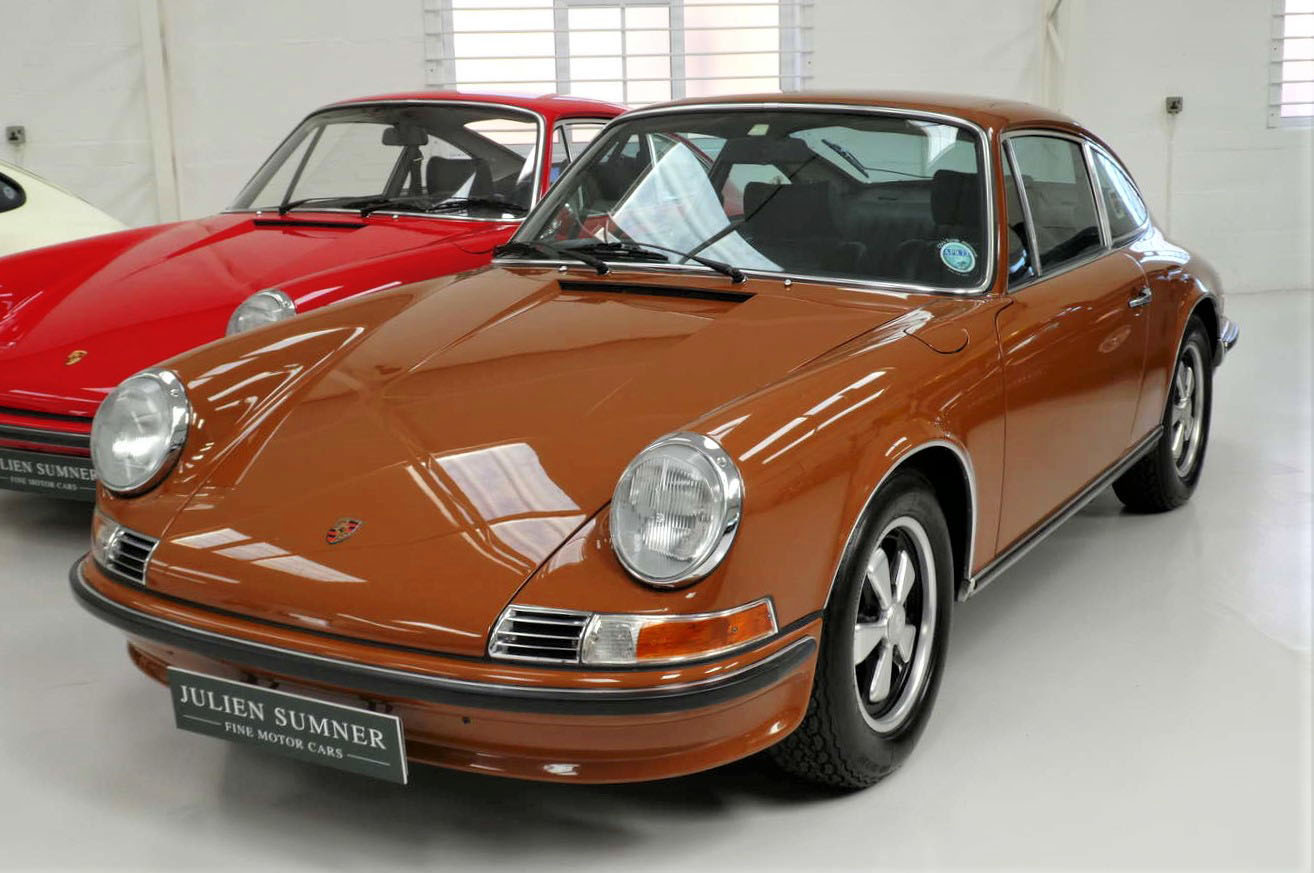 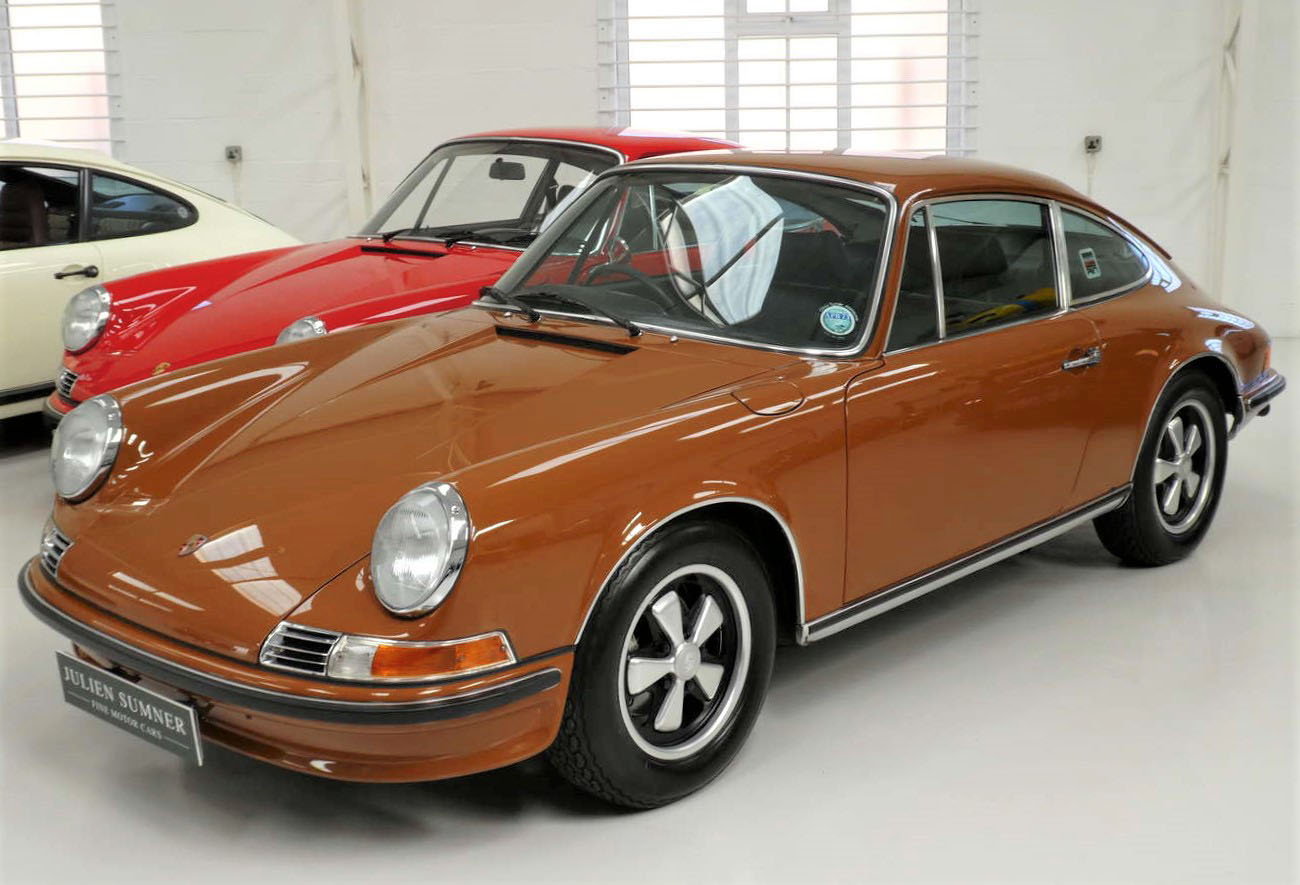 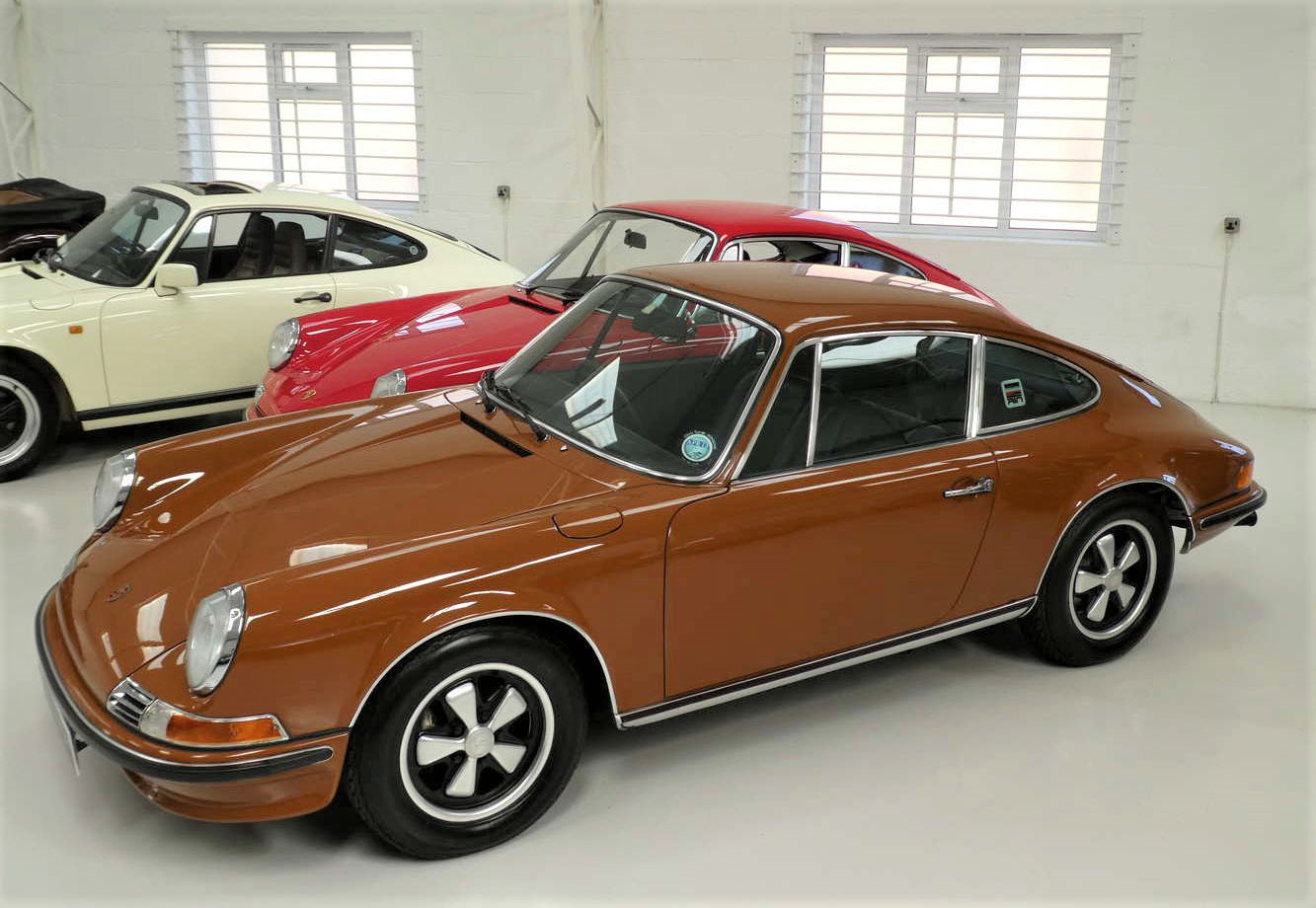 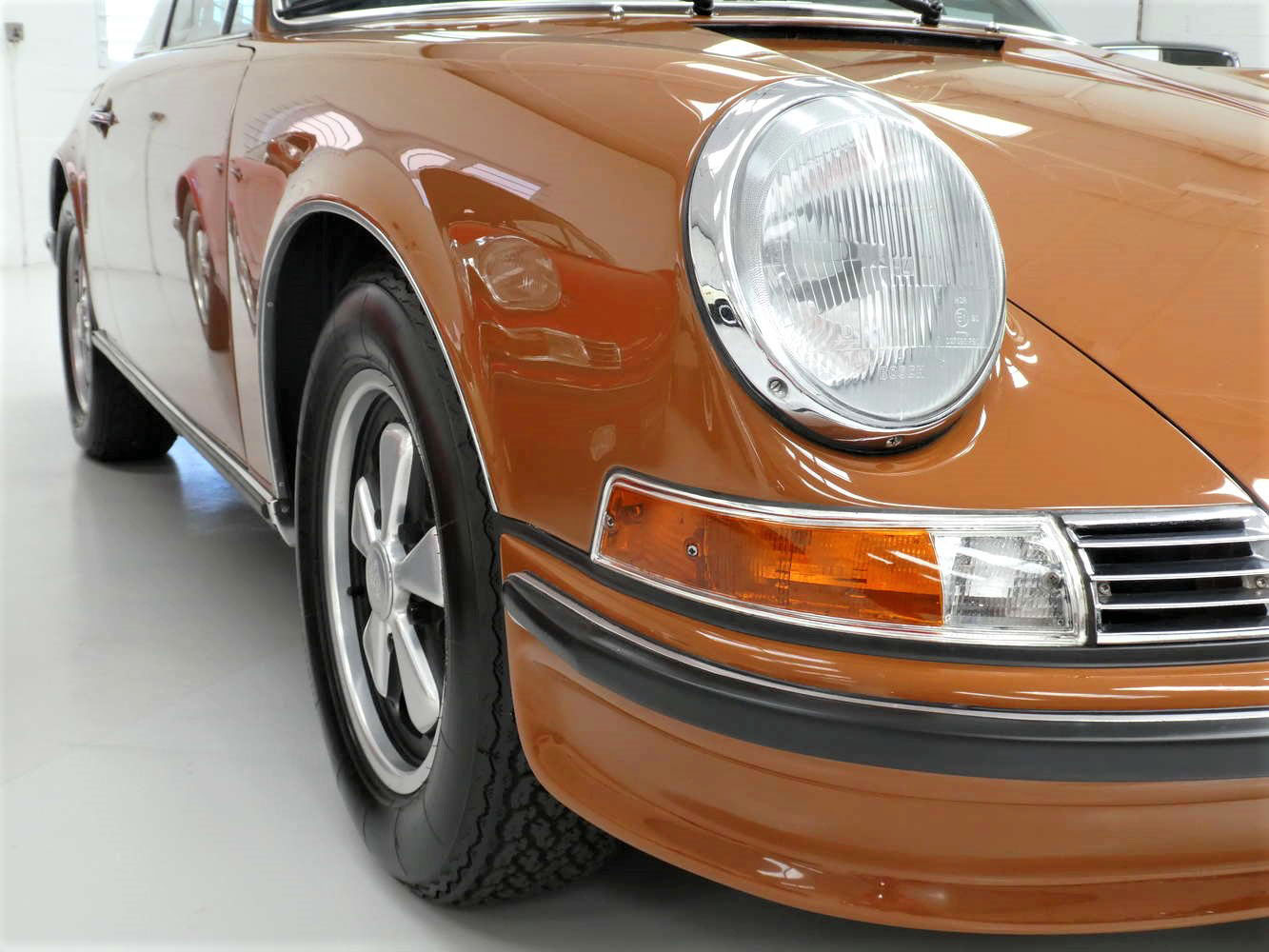 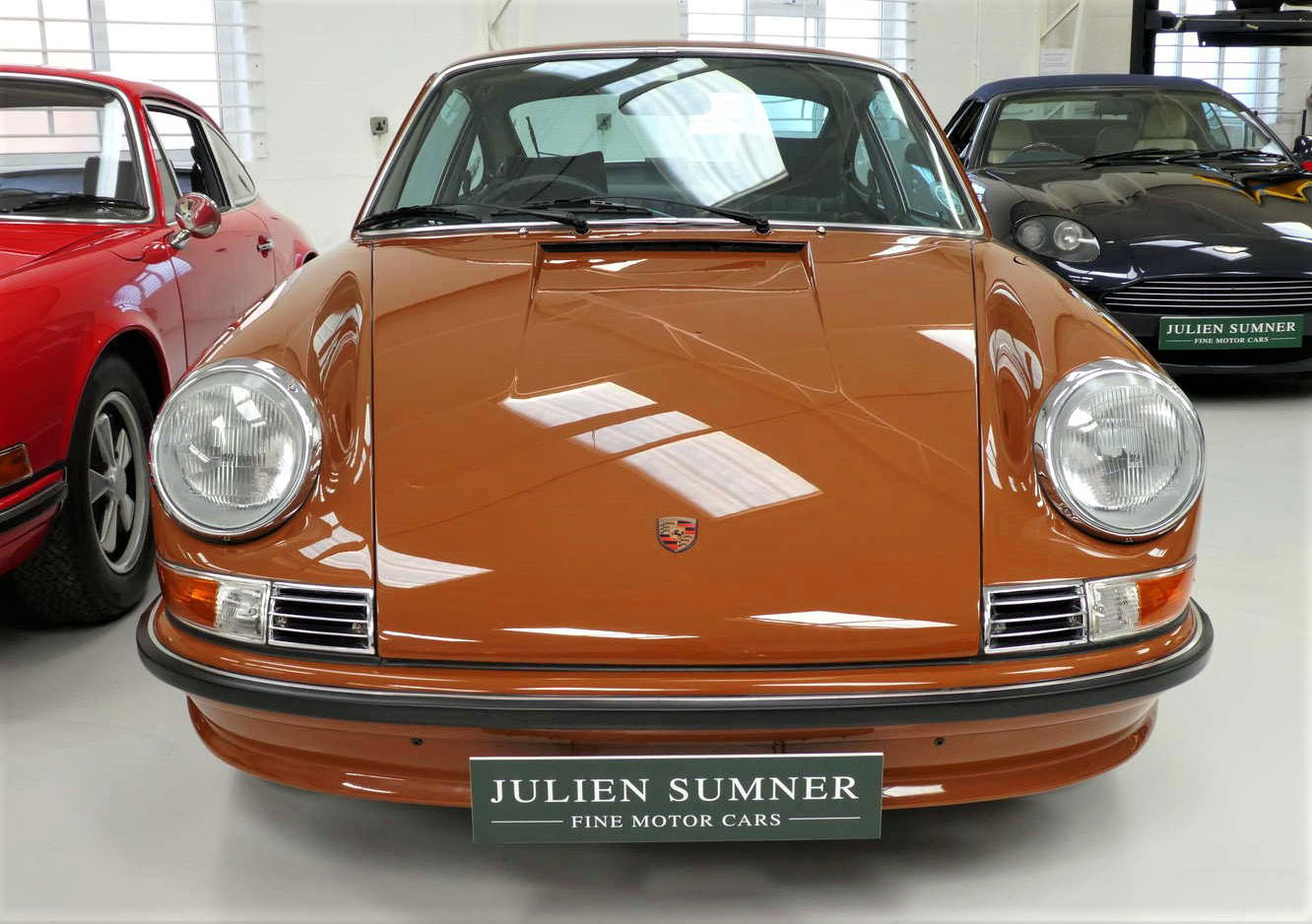 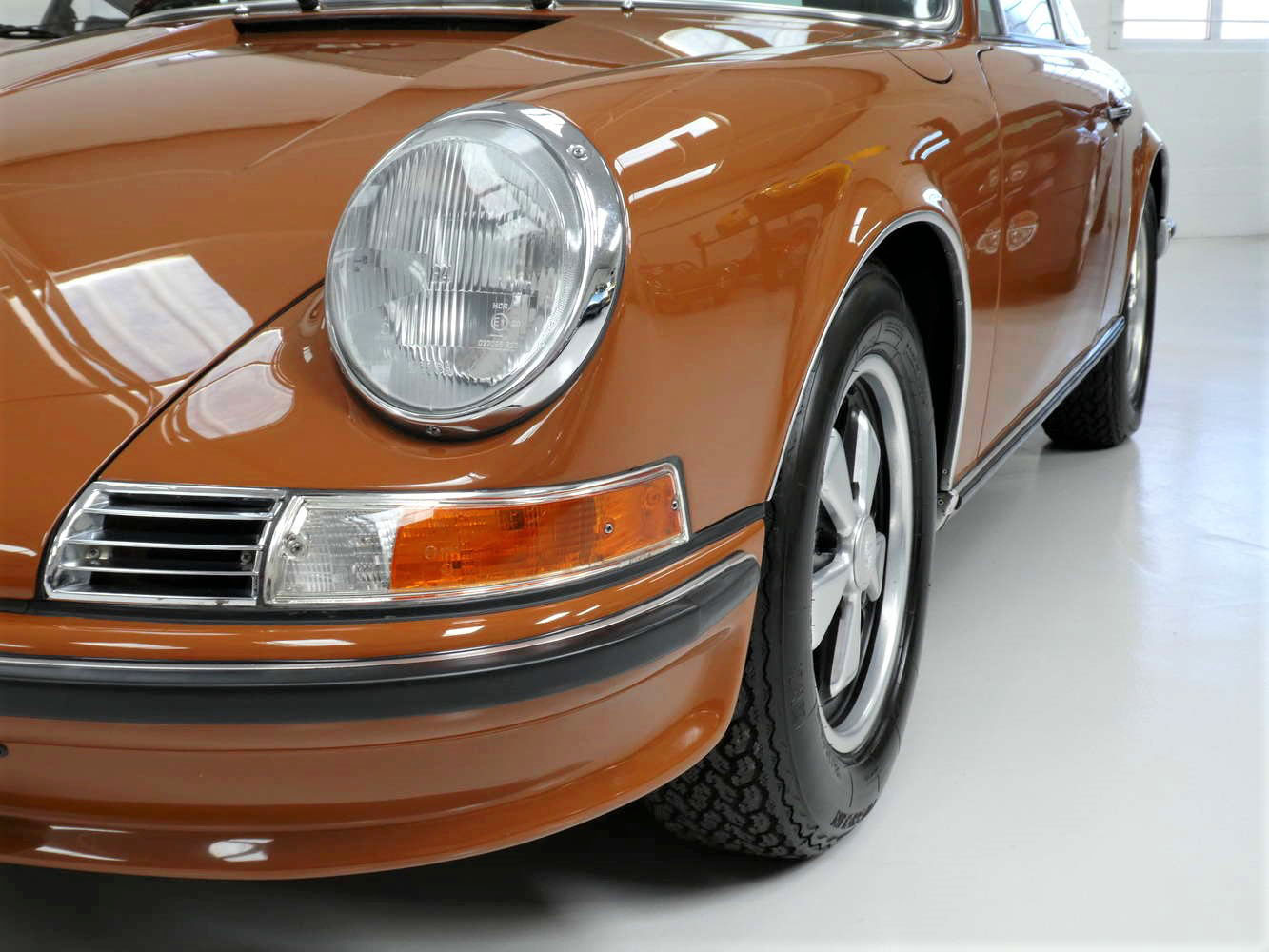 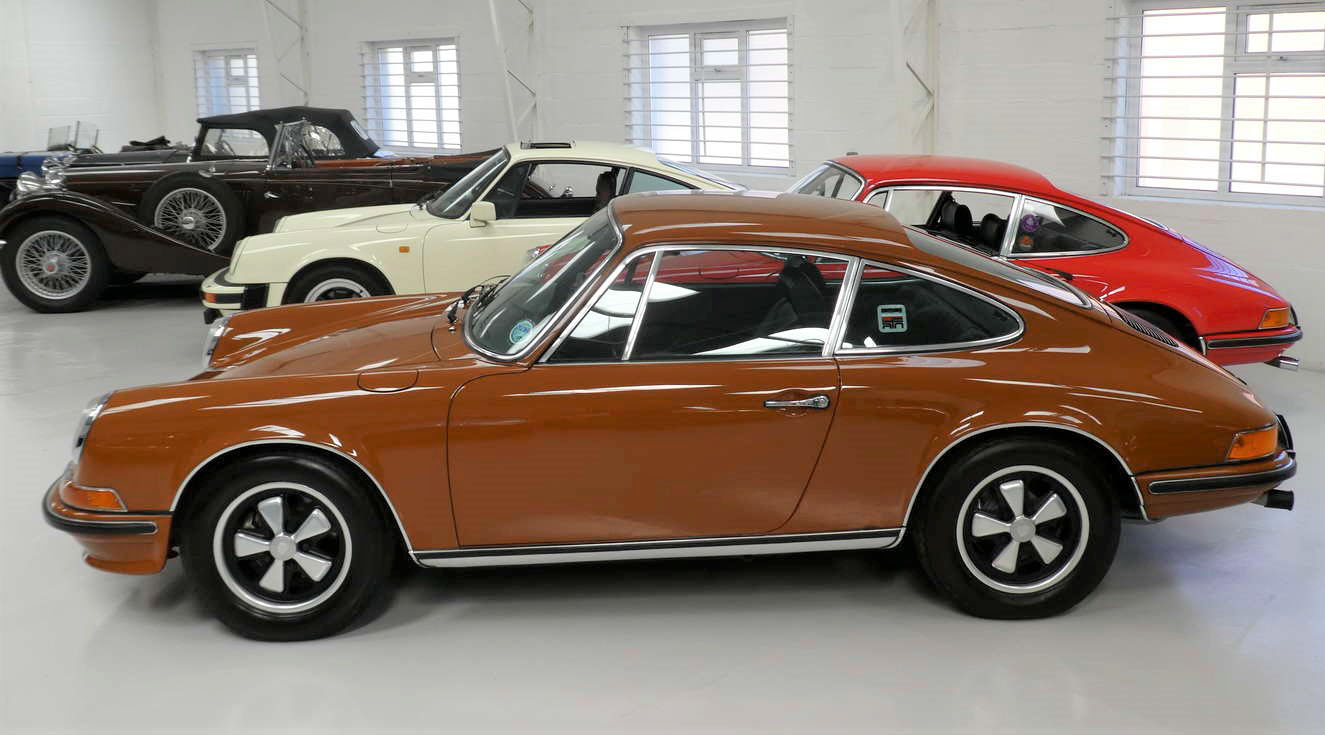 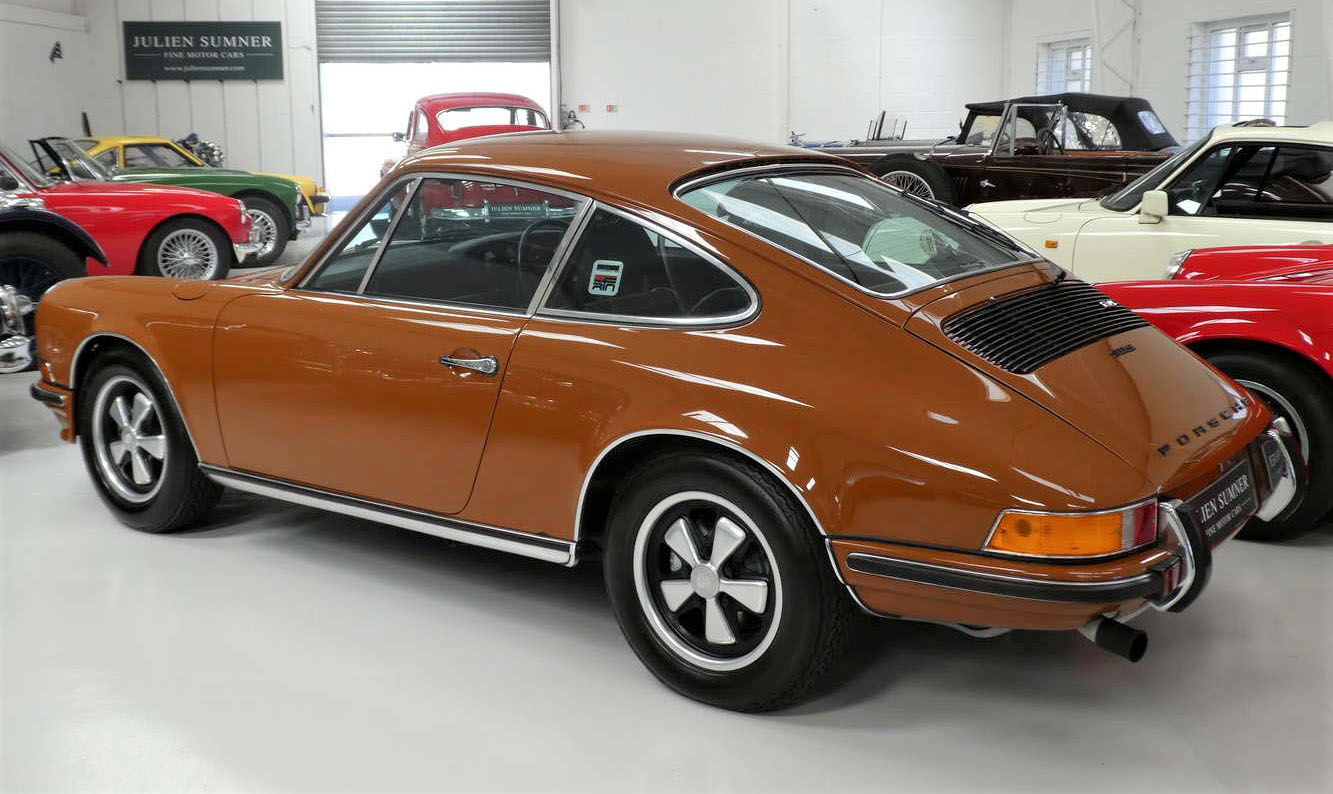 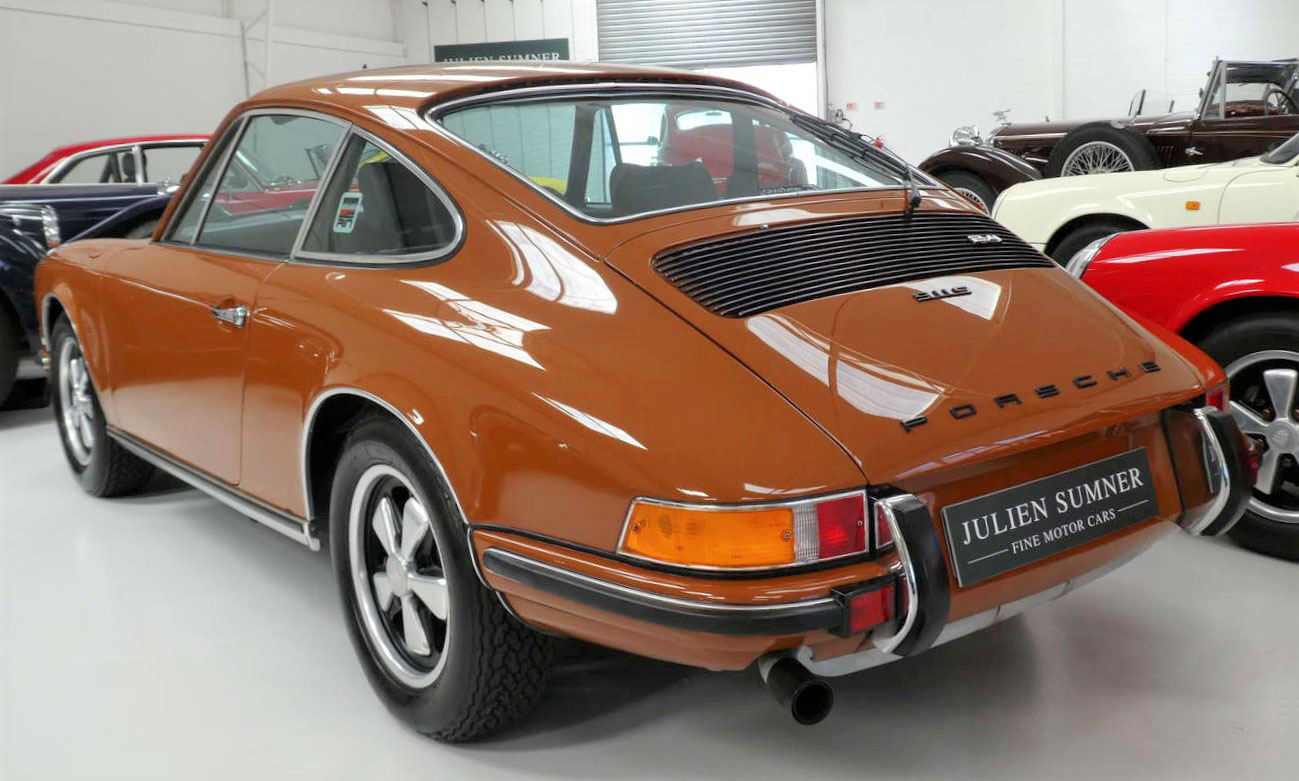 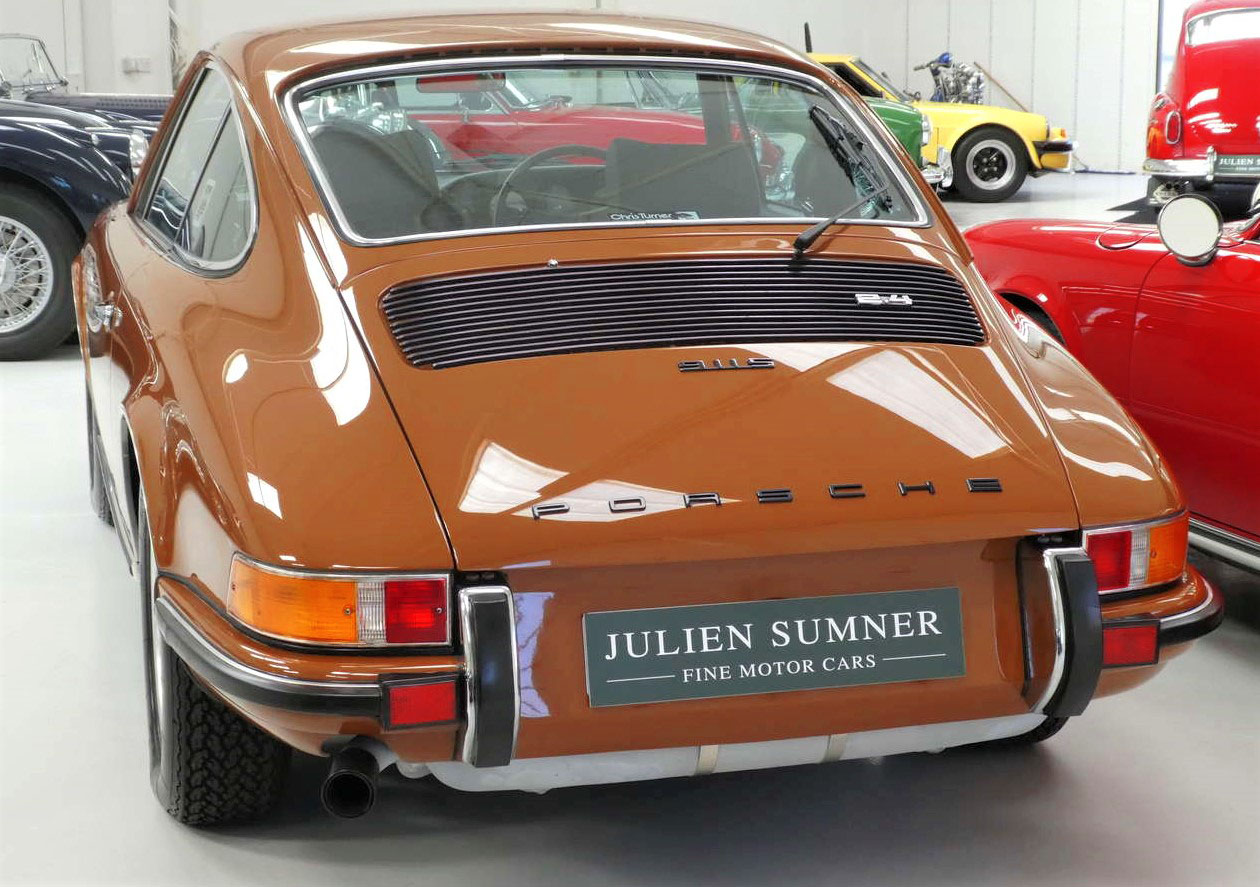 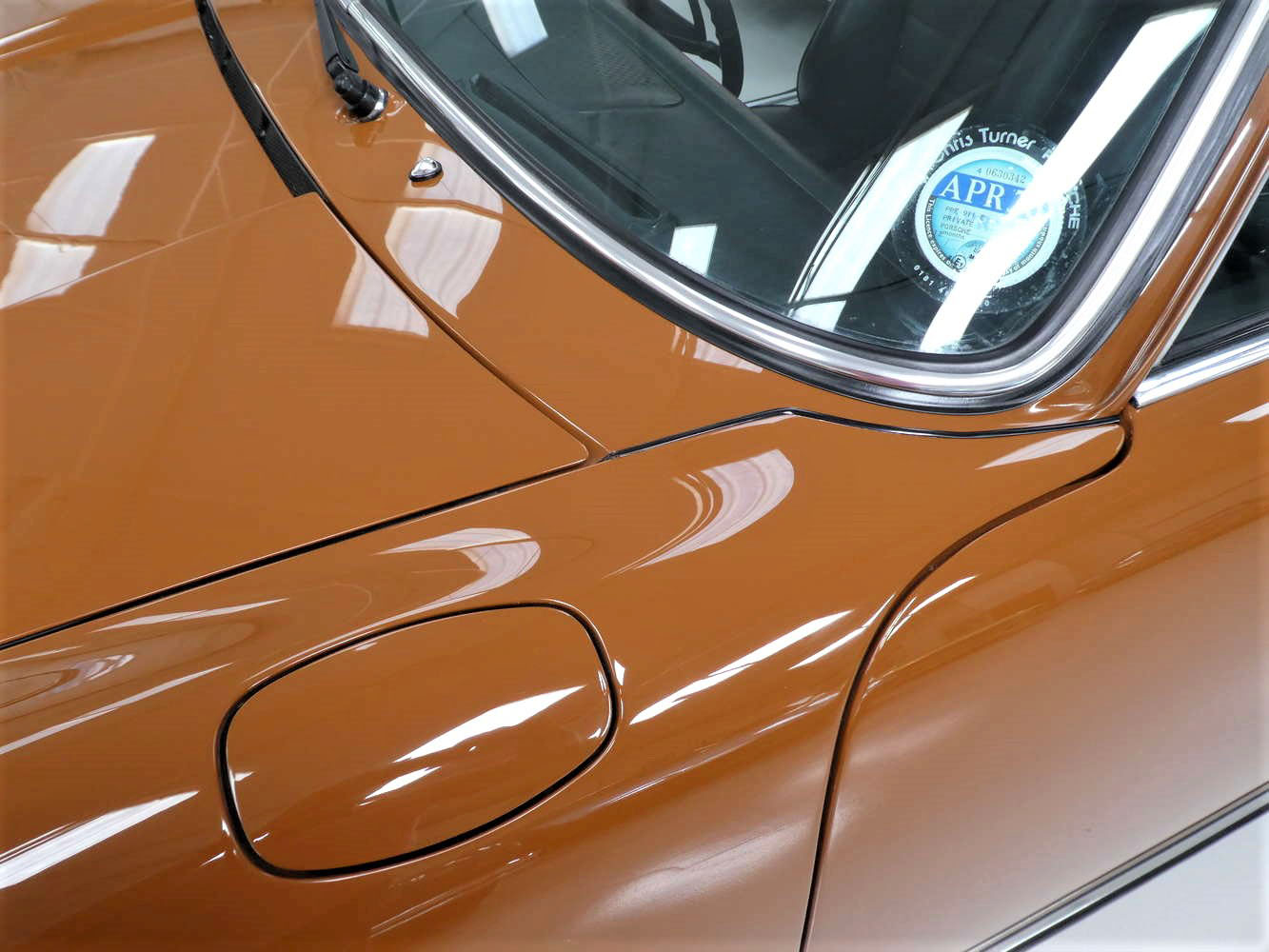 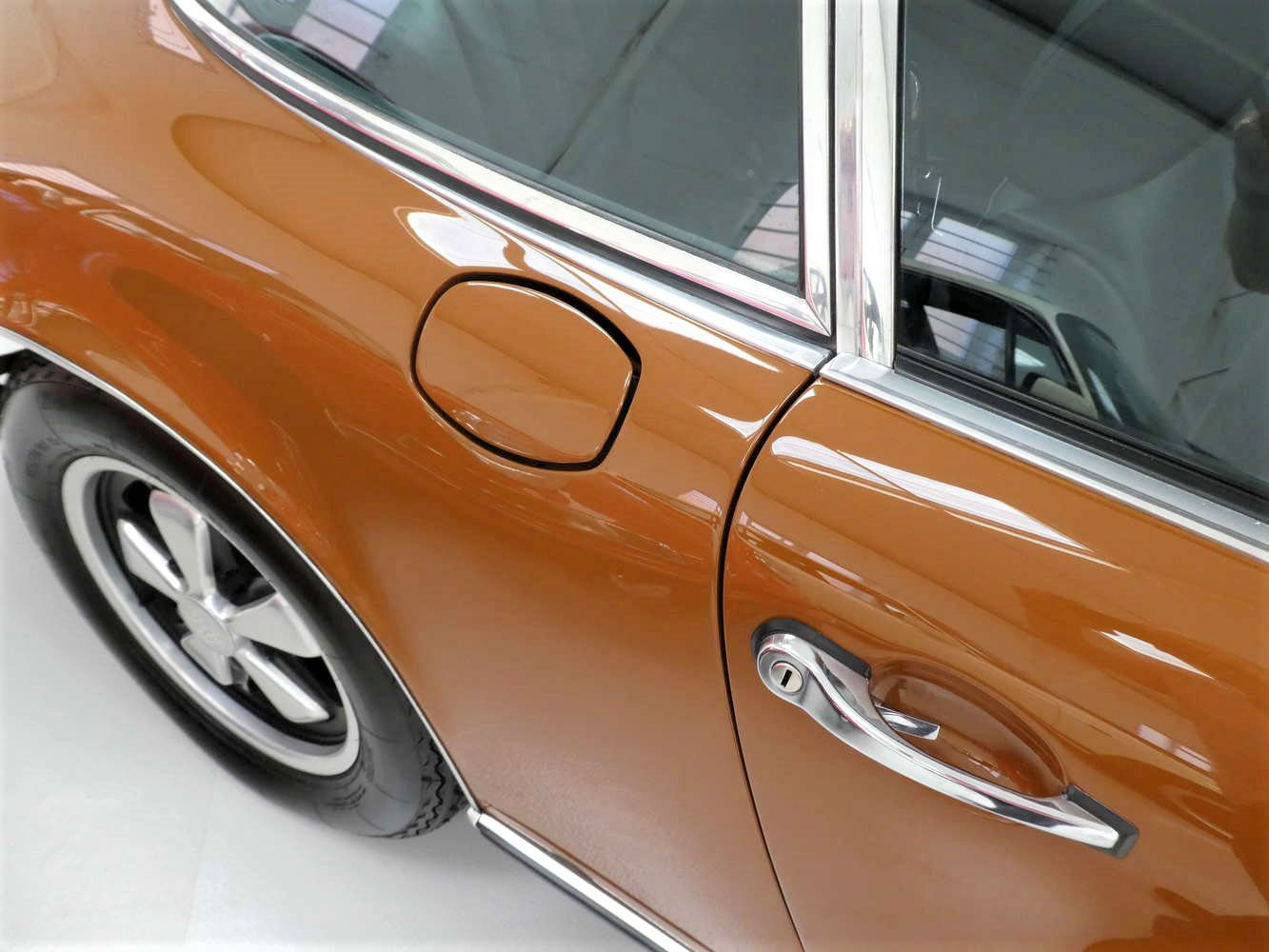 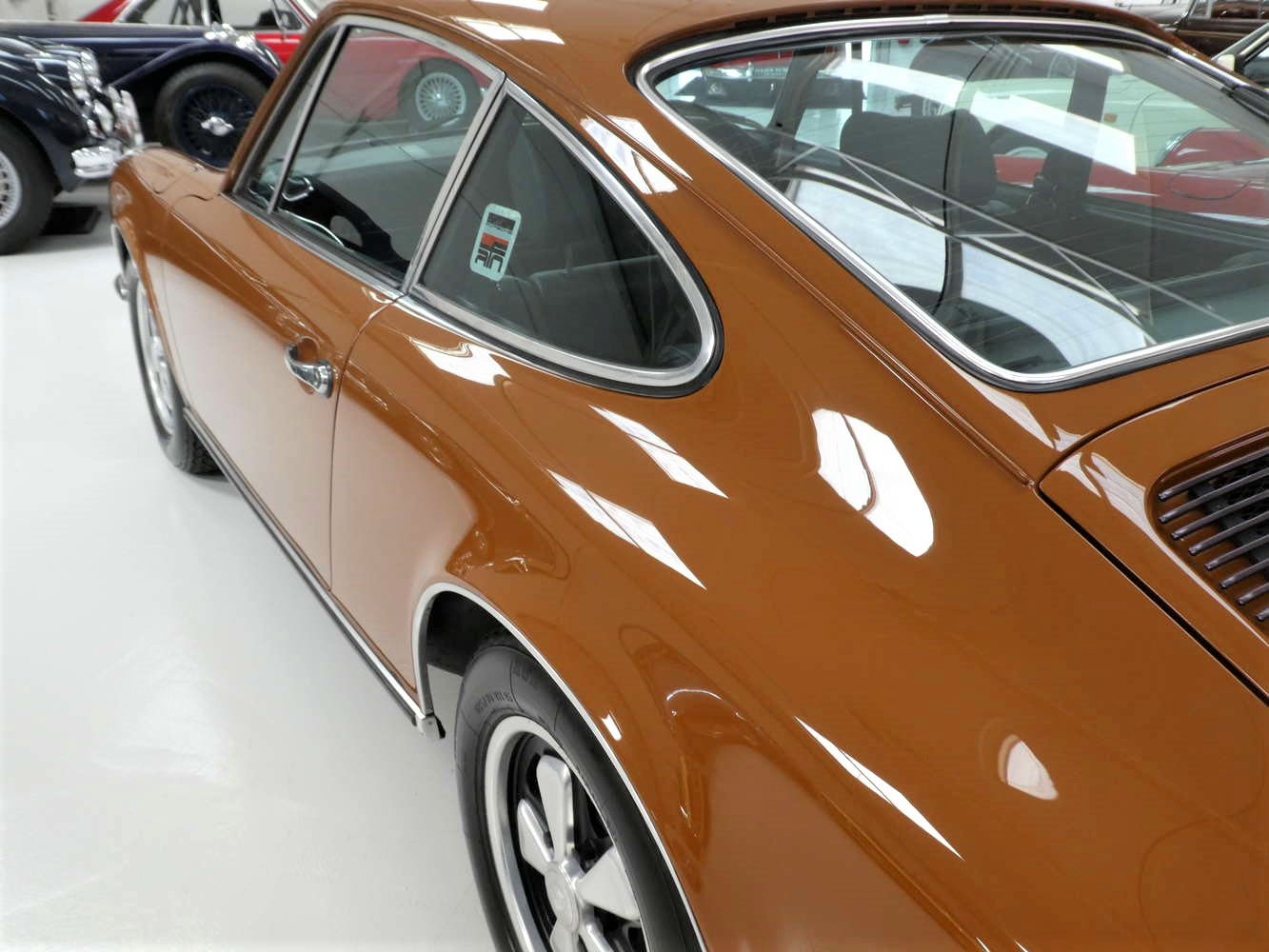 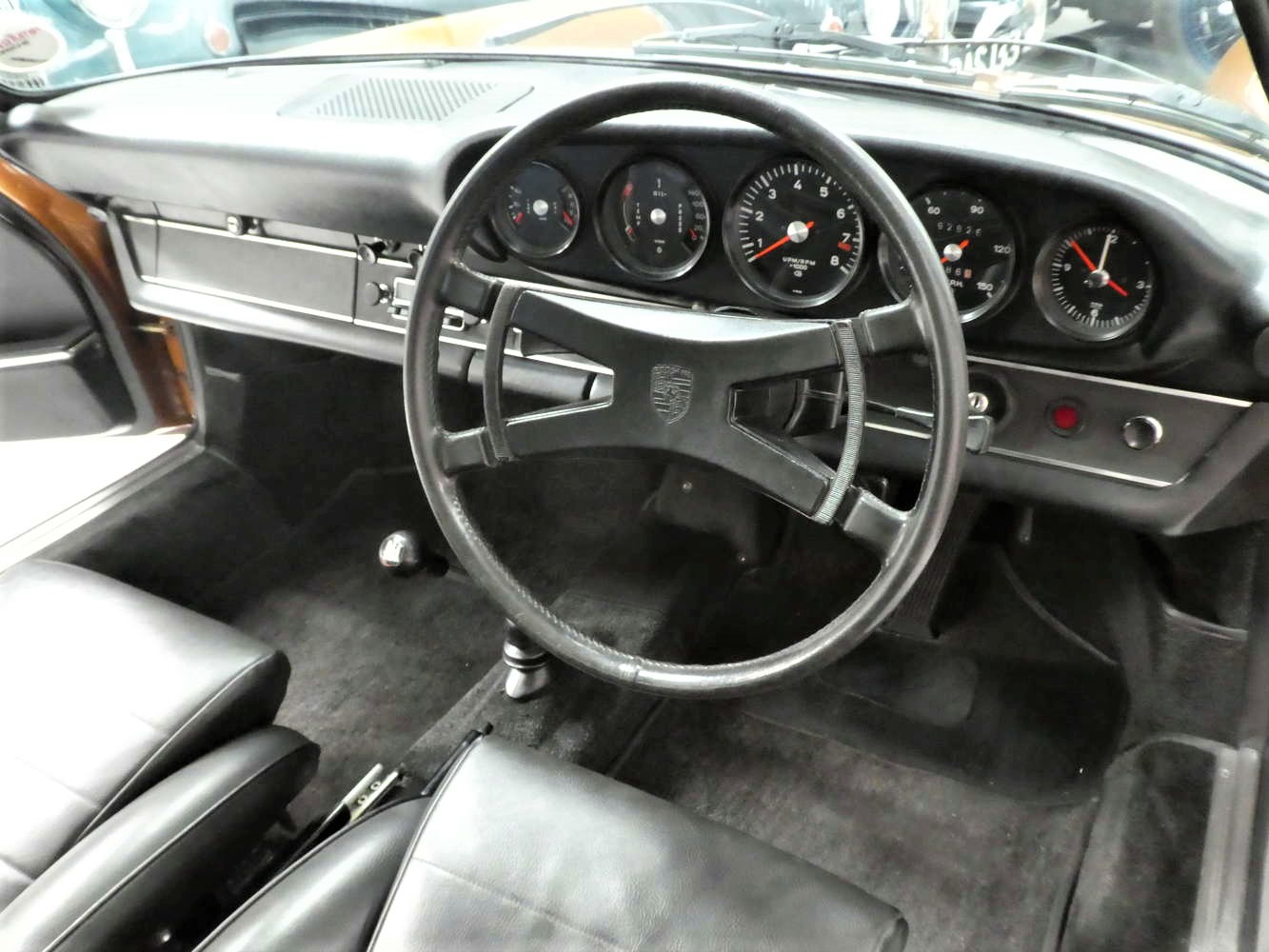 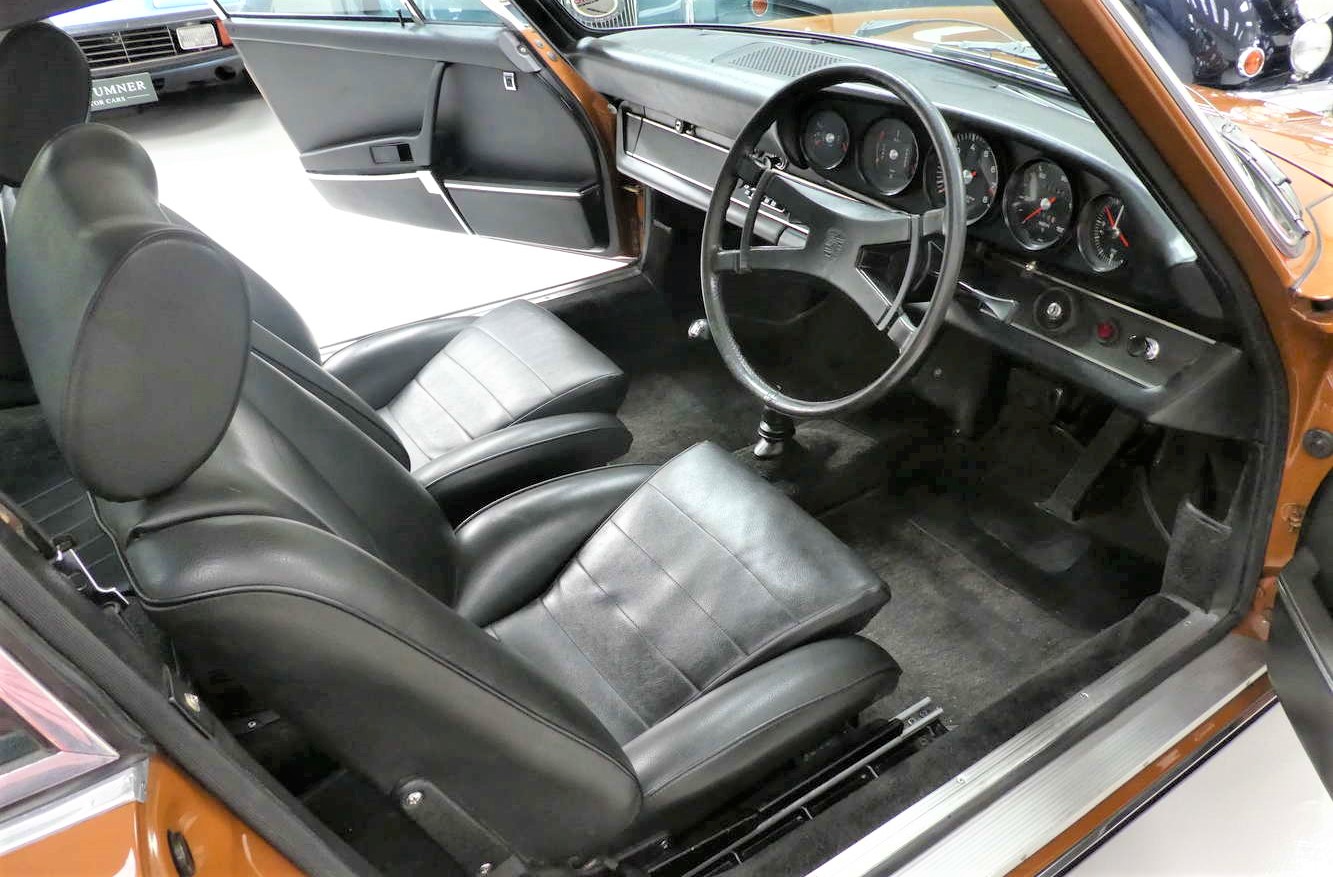 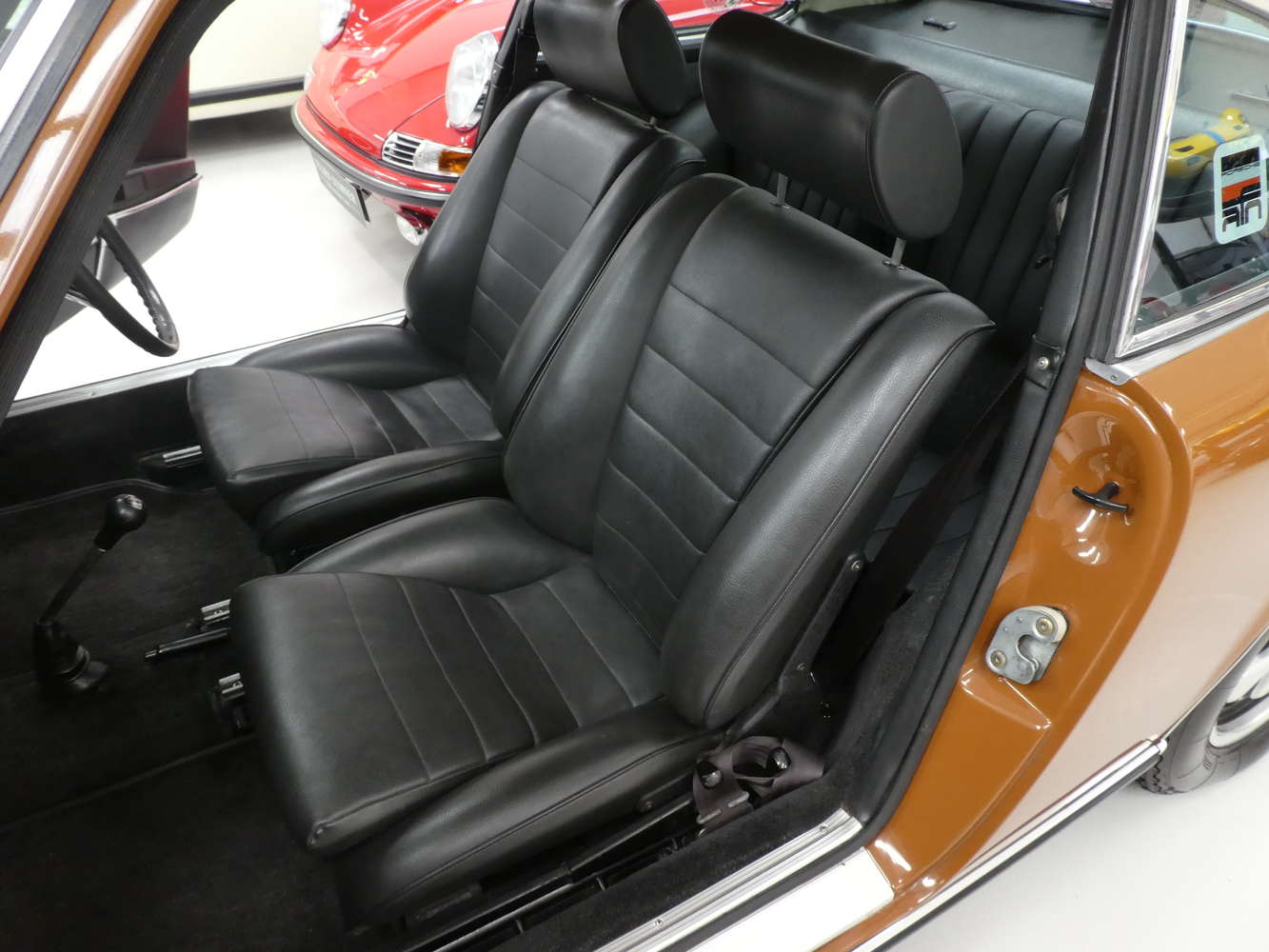 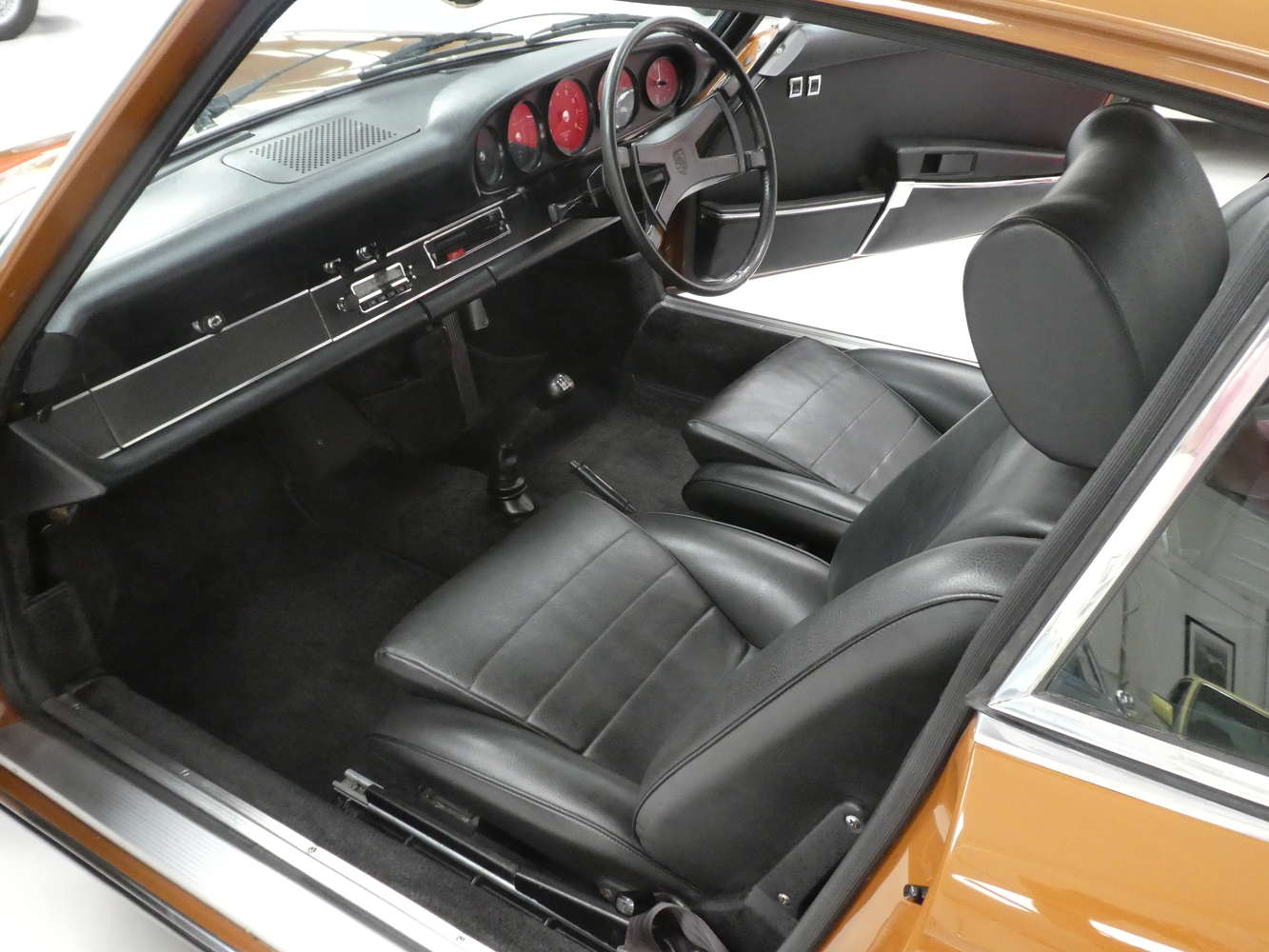 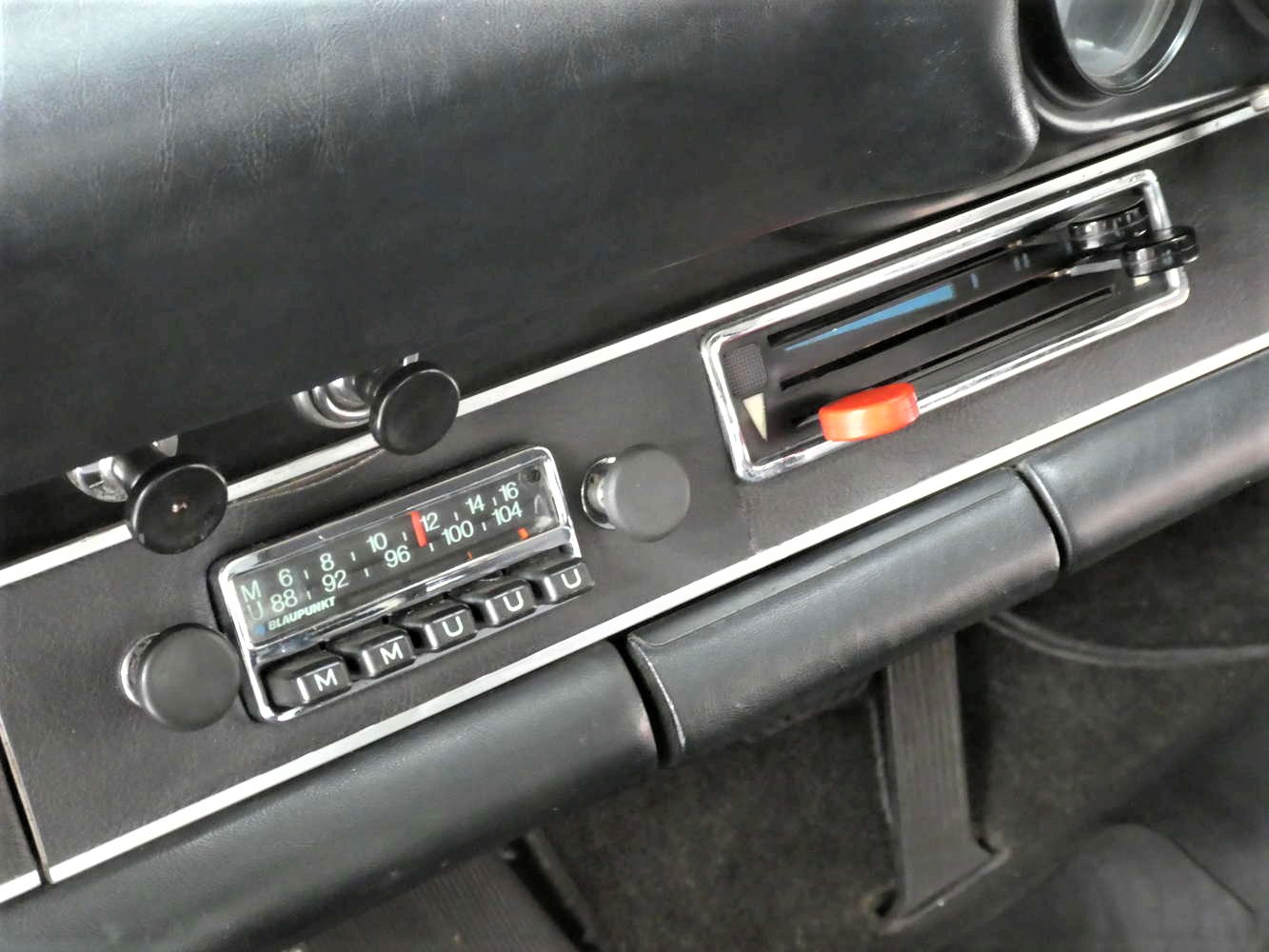 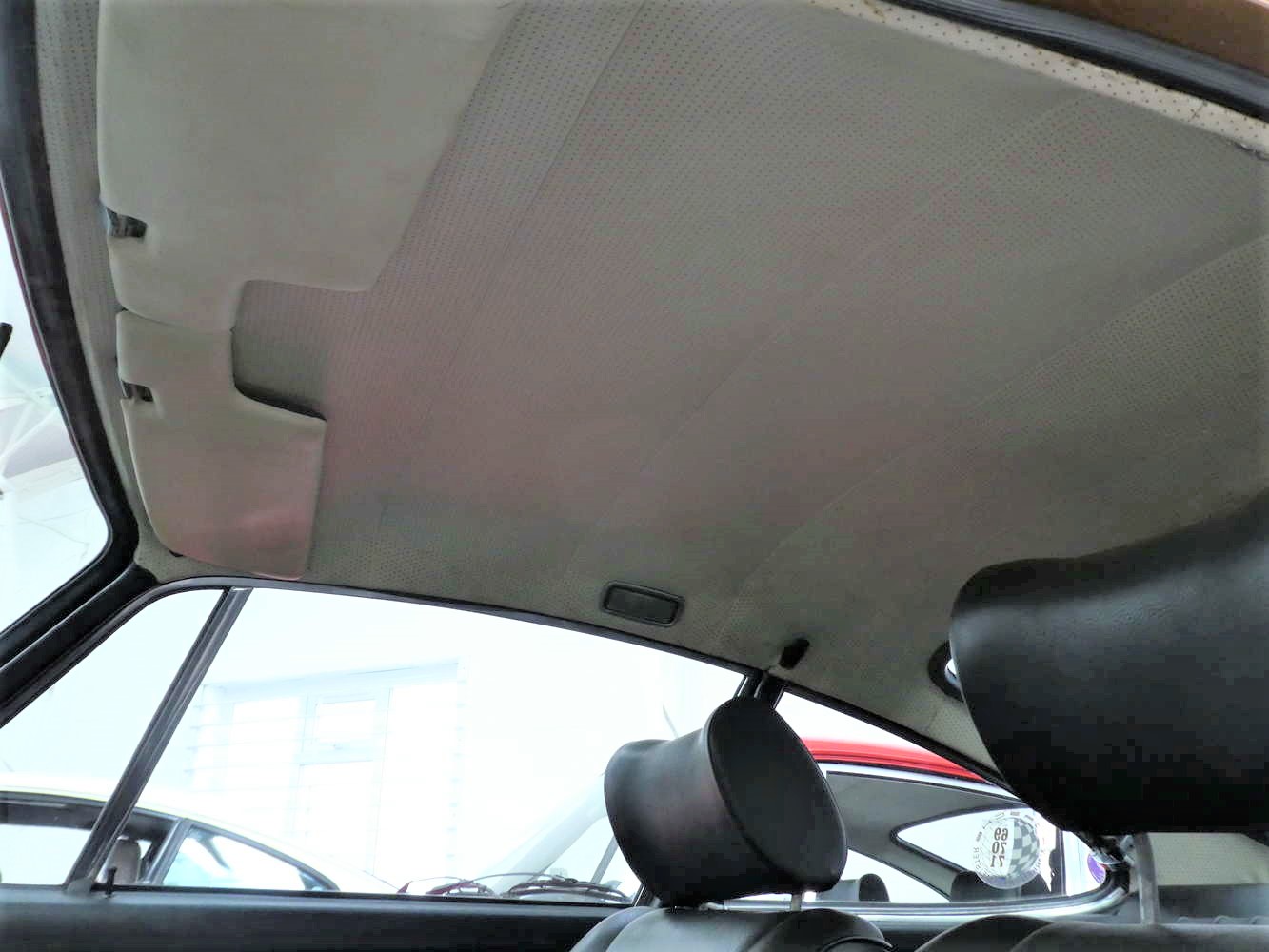 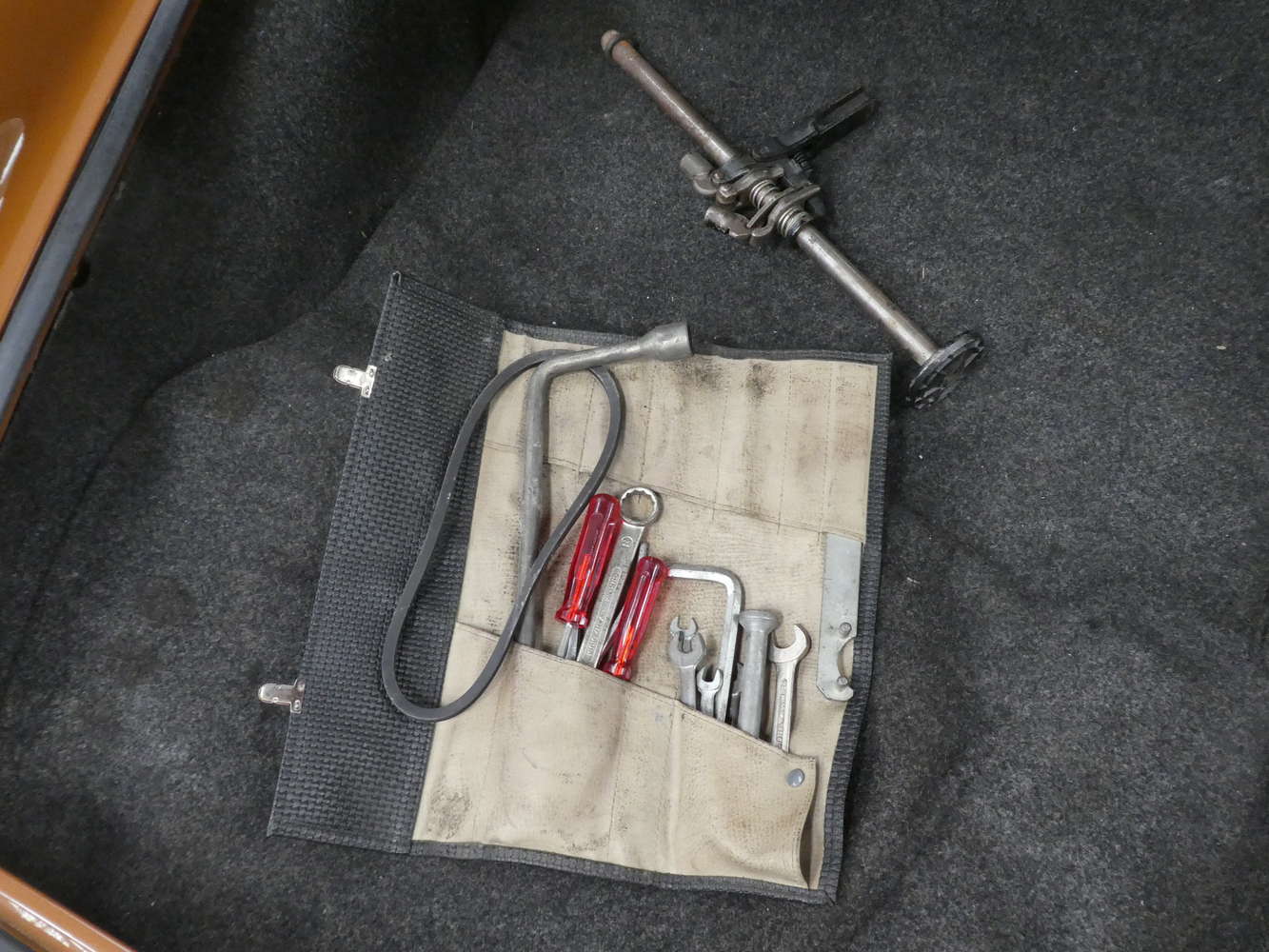 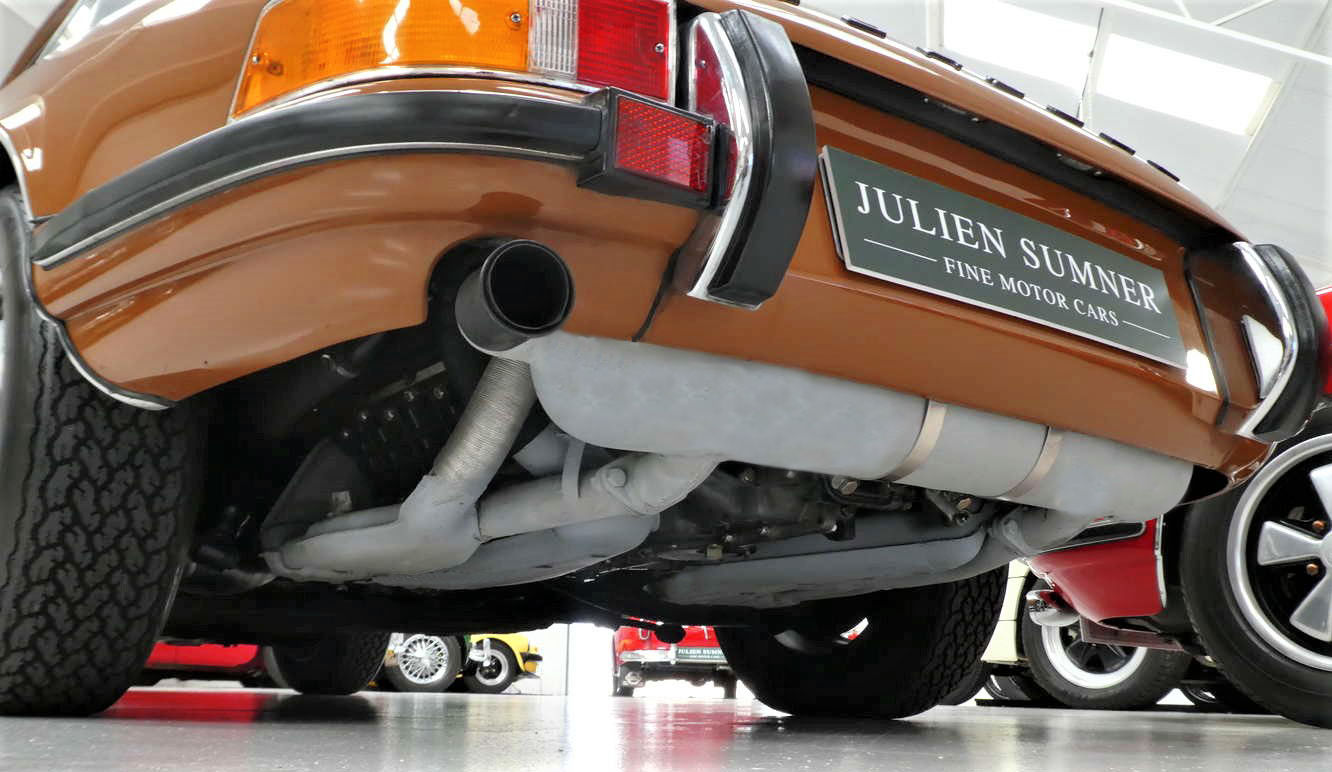 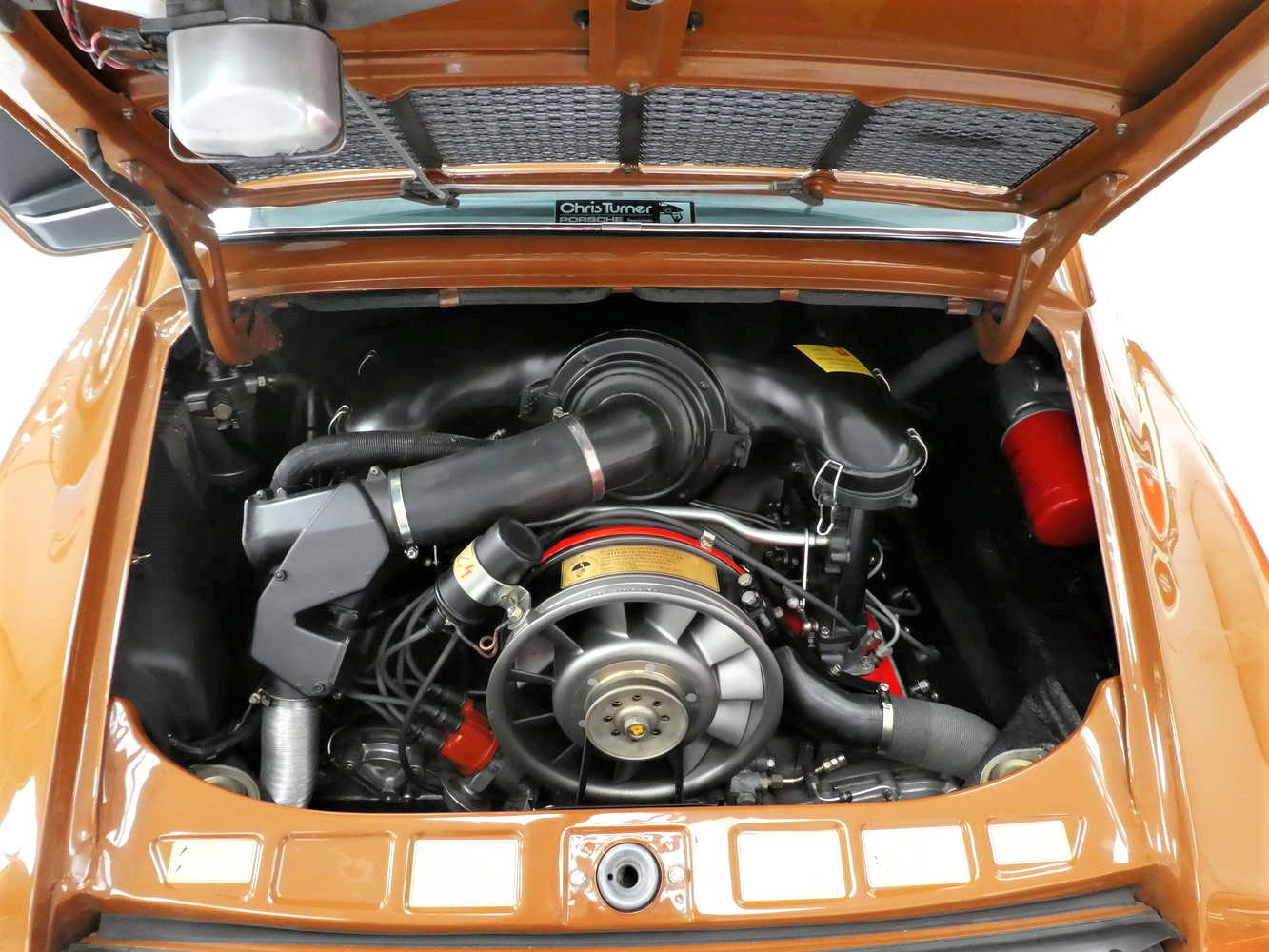 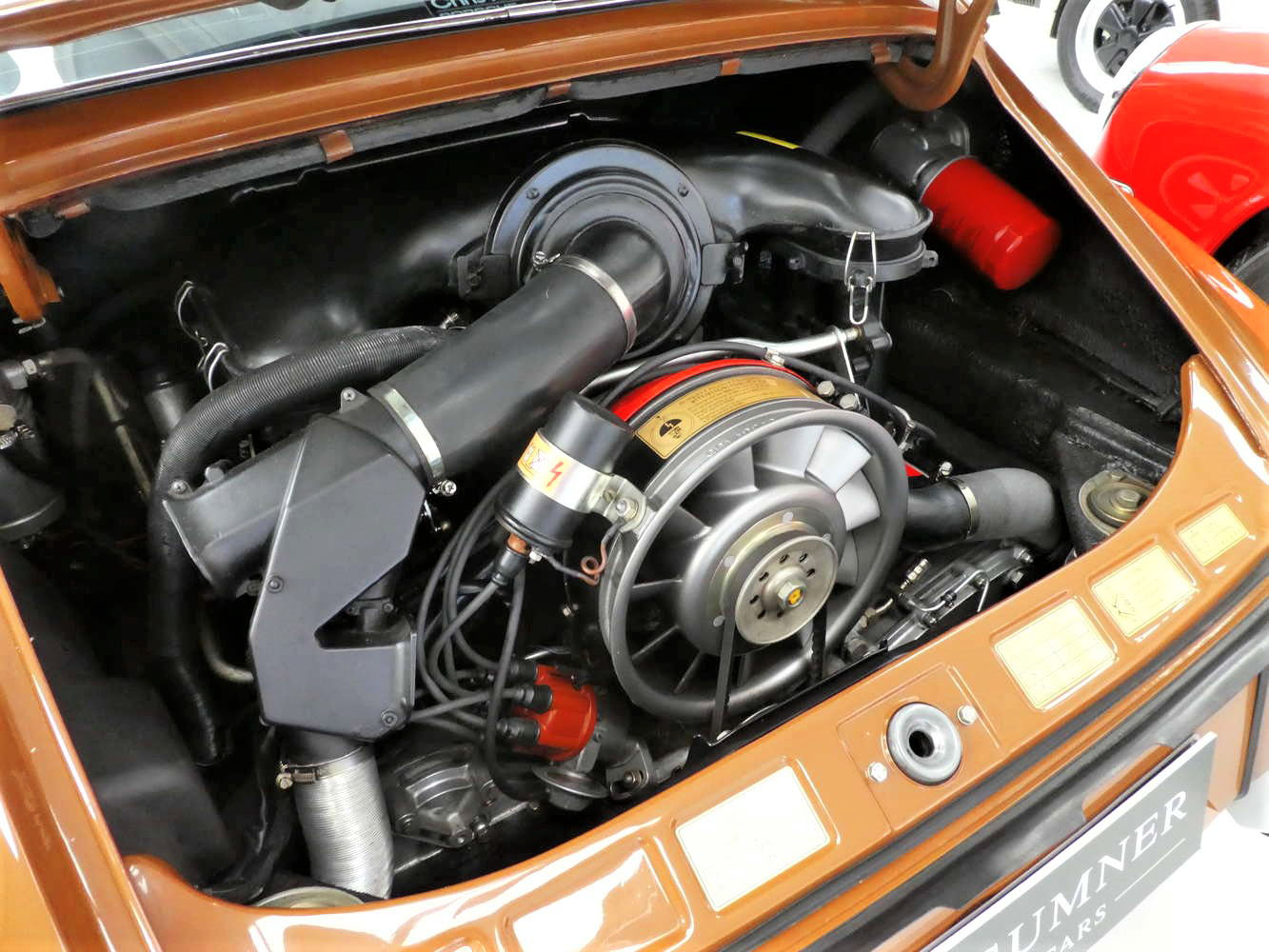 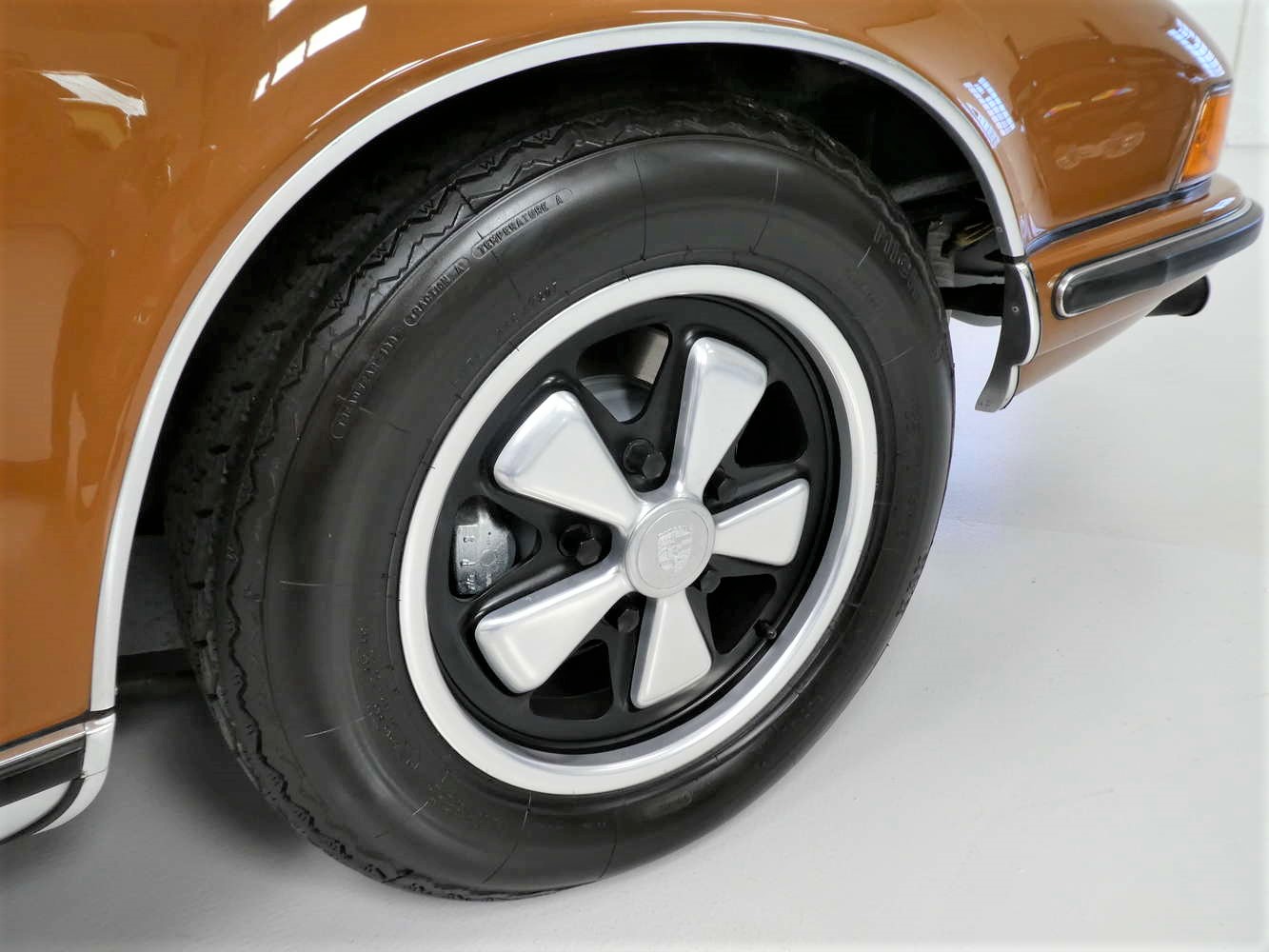 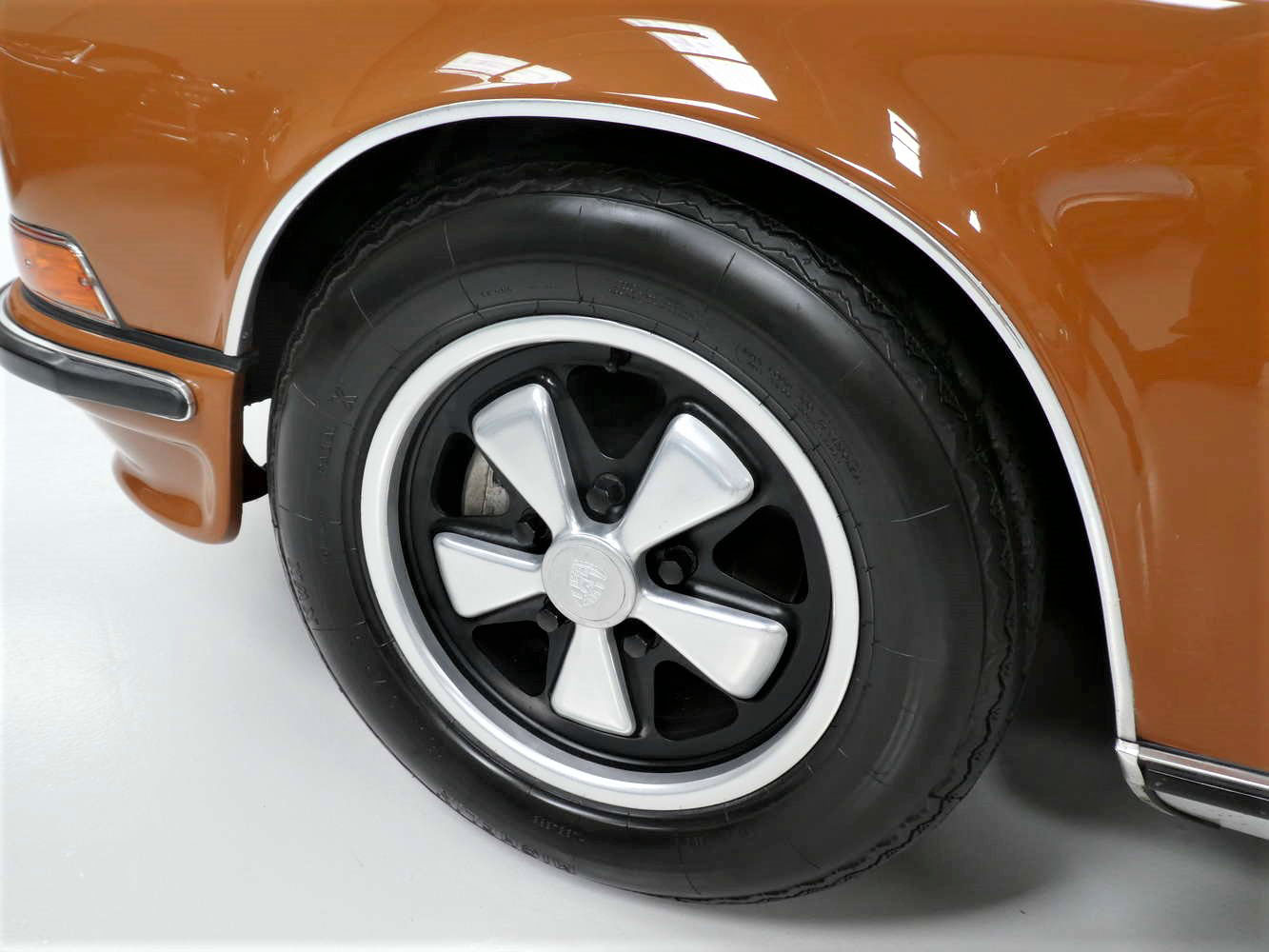 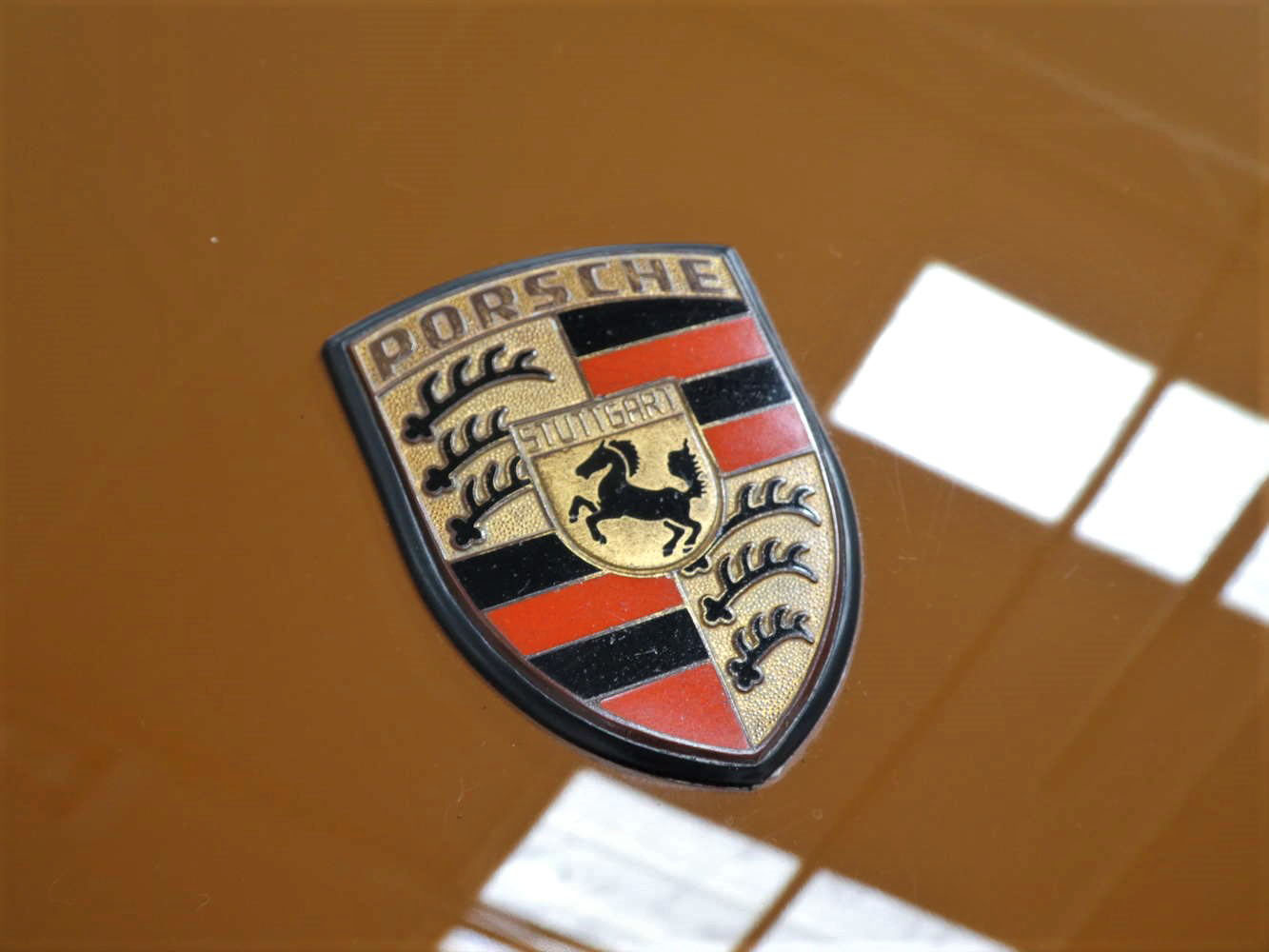 Not only does this genuine matching number 1972 Porsche 911 2.4S tick all the 'exceedingly rare' boxes of a car produced by Porsche in this period, it also has a wonderful story to tell.

Let’s start with the production details and its rarity. Being a 1972 car, this makes it an "E Series" which was only built for one year and incorporated the "Oel Klappe’" or outside oil flap/filler. Furthermore, there were only forty-four 911 2.4S produced for the UK market, and this Sportomatic was just one of four built and the only factory car painted in Sepia.

As far as the history is concerned, remarkably there have been just two former keepers, with the last change of ownership being some 42 years ago in 1979 when the odometer was showing 71,156 miles. The current reading is just 92,926 miles.

The first keeper was the legendary Rodney Clarke, an outstanding designer and one of the founders of Connaught Racing and Continental Cars which later incorporated the well-known Puttocks Mercedes franchise here in Guildford until he passed away in 1979.

The second and only other fastidious keeper purchased #112300839 in 1979 and it has remained his pride and joy ever since. This Porsche is in exemplary condition throughout and from a mechanical point of view, has only been entrusted to renowned Porsche specialist Chris Turner from day of purchase, plus more recently to another seasoned and well respected"Pro" since Chris's death a few years ago.

Only two significant pieces of work have been under taken during this time. Firstly, during 2008, the car underwent a full bare metal re-paint in its original Sepia and was off the road for almost a year whilst the owner presided over every detail before it was signed off and works completed. It is nice to see that the original bonnet badge was carefully removed at the time of painting and then evidently replaced afterwards. Pleasing there is a complete photographic account plus invoices for this on file. Secondly, with 69,310 on the clock, during September 1979 the engine was stripped and overhauled, in addition to  the torque convertor being replaced, by AFN Isleworth.

The same degree of devotion has been shown to all aspects of the car. Very unusually the original sport Recaro seats have not been entirely reupholstered, where just the driver’s side bolster was sympathetically re-foamed plus new hessian added. Importantly one can see the same pattern over the entire seat coverings, thus no new inlays. Even the salt and pepper carpets are original, as is the head-lining and the rest of the interior trim.

The 5 Fuchs wheels are the original numbered ones and have been refurbished and correctly shod at vast expense as per period tread types with XWX tyres.

As one would expect, the Porsche is in perfect health and drives beautifully. The Sportomatic gearbox is a joy  to use and works perfectly in unison with the “torquey” 2.4 flat six. The car has enjoyed yearly oil changes and inspections, and less than 2000 miles ago the engine and gearbox were removed, inspected and a chain tensioner upgrade was fitted.

One has only to glance at the car to immediately realise this is something special, as every facet is correct. Drilling down to even the tool roll and jack, both are complete and stock original. Looking underneath the car, again here it is fine fettle, as is the notable Leitz exhaust, again the original and in perfect order.

There is a substantial history file with original paper work from AFN detailing Rodney's purchase from new and its subsequent sale to the last owner from Puttocks in 1979. Mots revert back to 1976 which undeniably warrant today's mileage....something approaching an average of just 1,850 miles pa with the vast majority of these being covered before 1977.

Without doubt this is a truly exceptional and rarely available Porsche with an interesting provenance which has enjoyed just two keepers in 49 years.

It would be a pleasure to answer any further questions you might have. This Porsche can be inspected at my Guildford showroom - please call rather than email me directly on 07788 865700.