To celebrate the end of its 18 year production, 1000 Limited Edition MGB's were built for the home market and consisted of 420 roadsters and 580 GTs. Mechanically the same as the standard production cars, the GTs were all painted Pewter metallic, whereas the Roadsters were finished in Bronze metallic. Total overall production for all GTs and Roadsters was 512,243 unit, so these LE's represent a small fraction of the total and and thus are highly collectable today, especially when they are in such fabulous restored condition, as with this car. 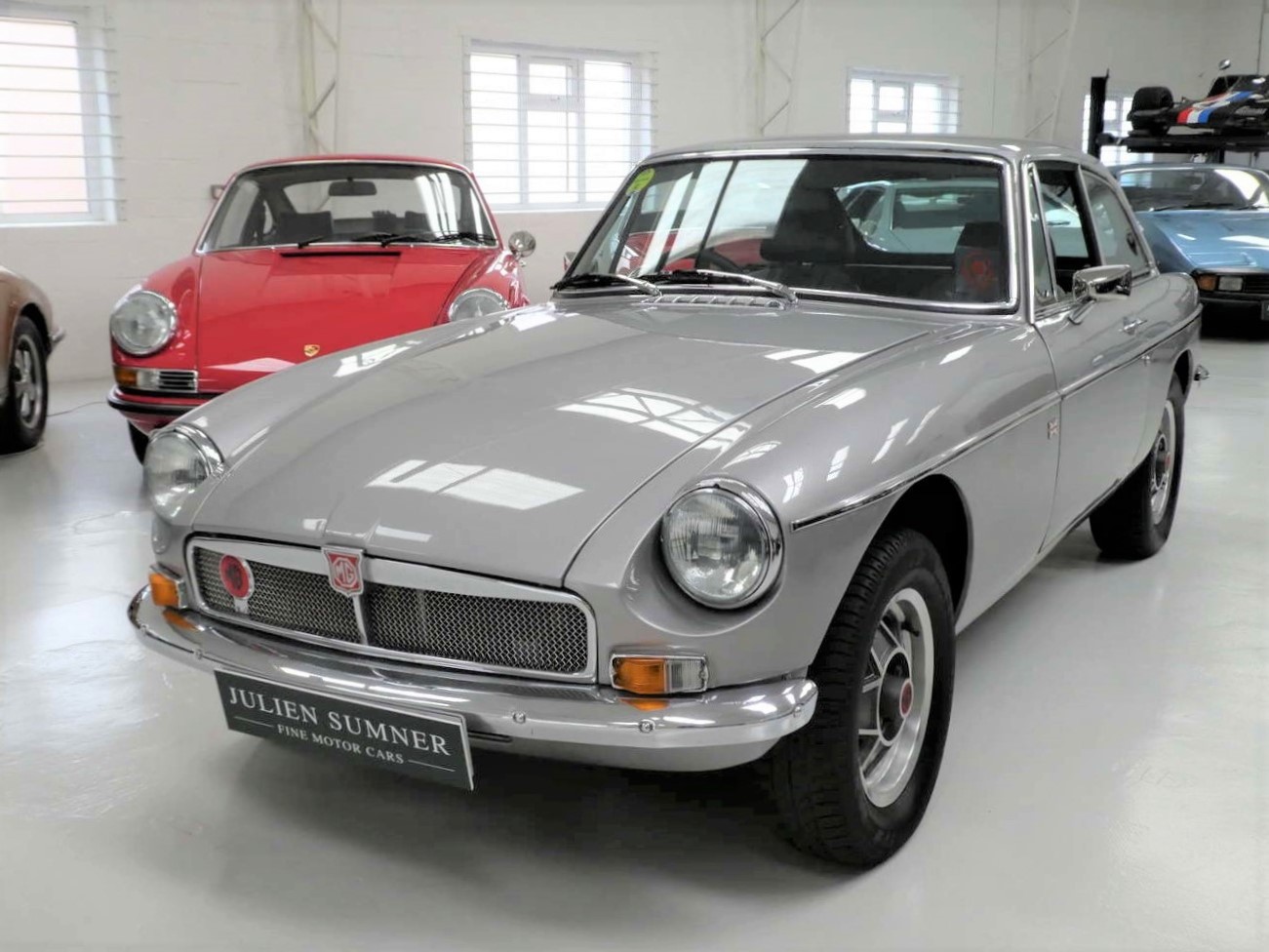 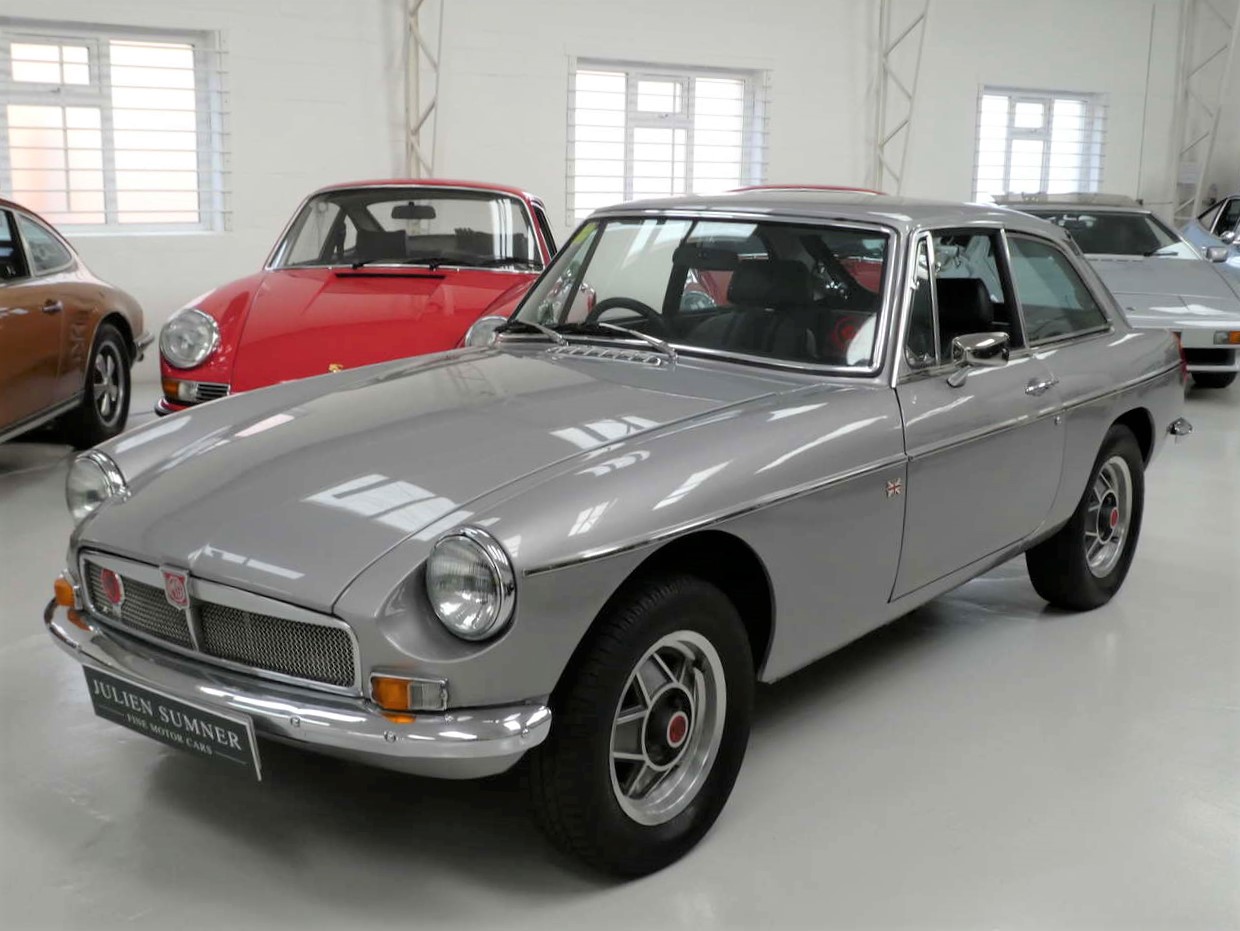 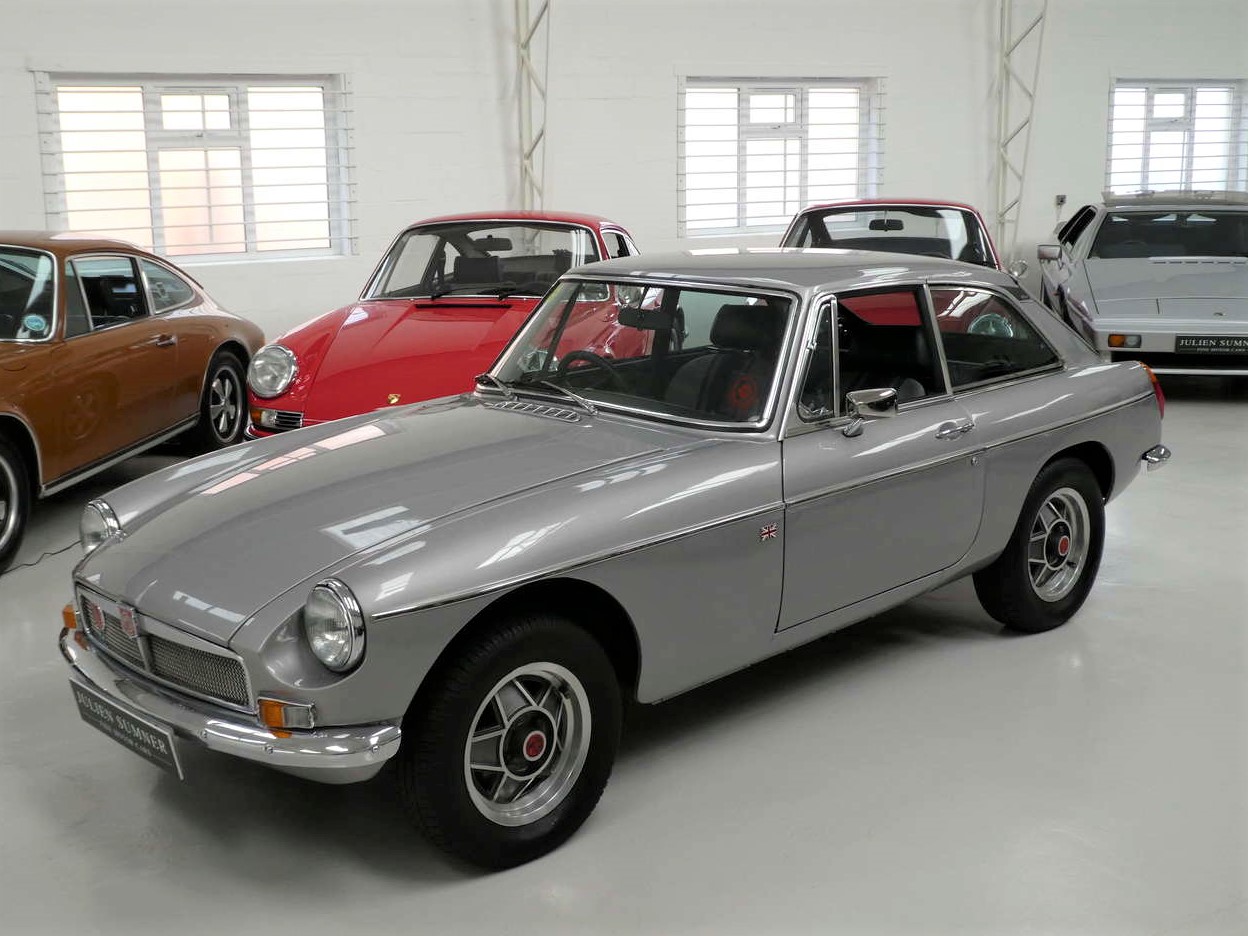 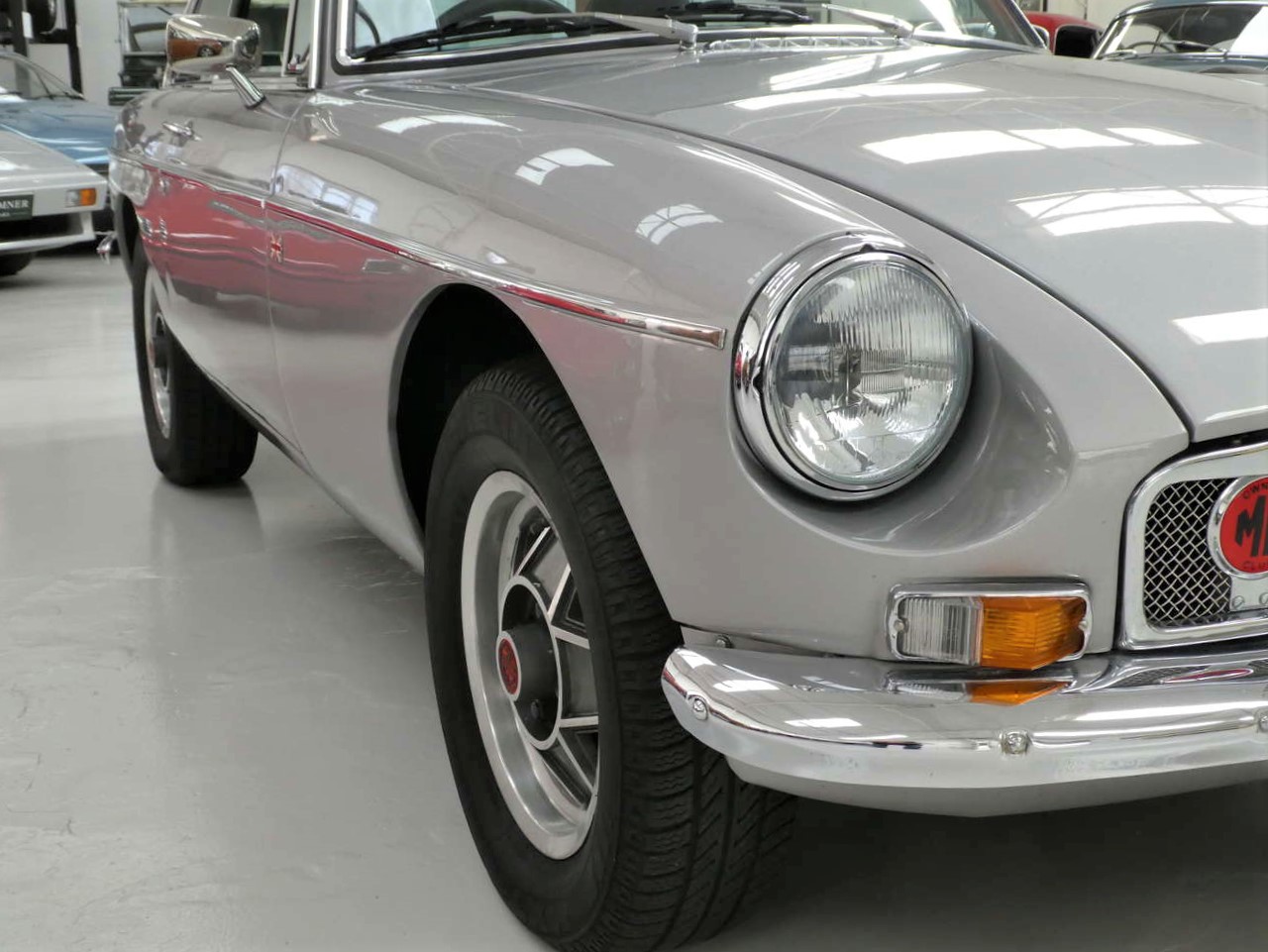 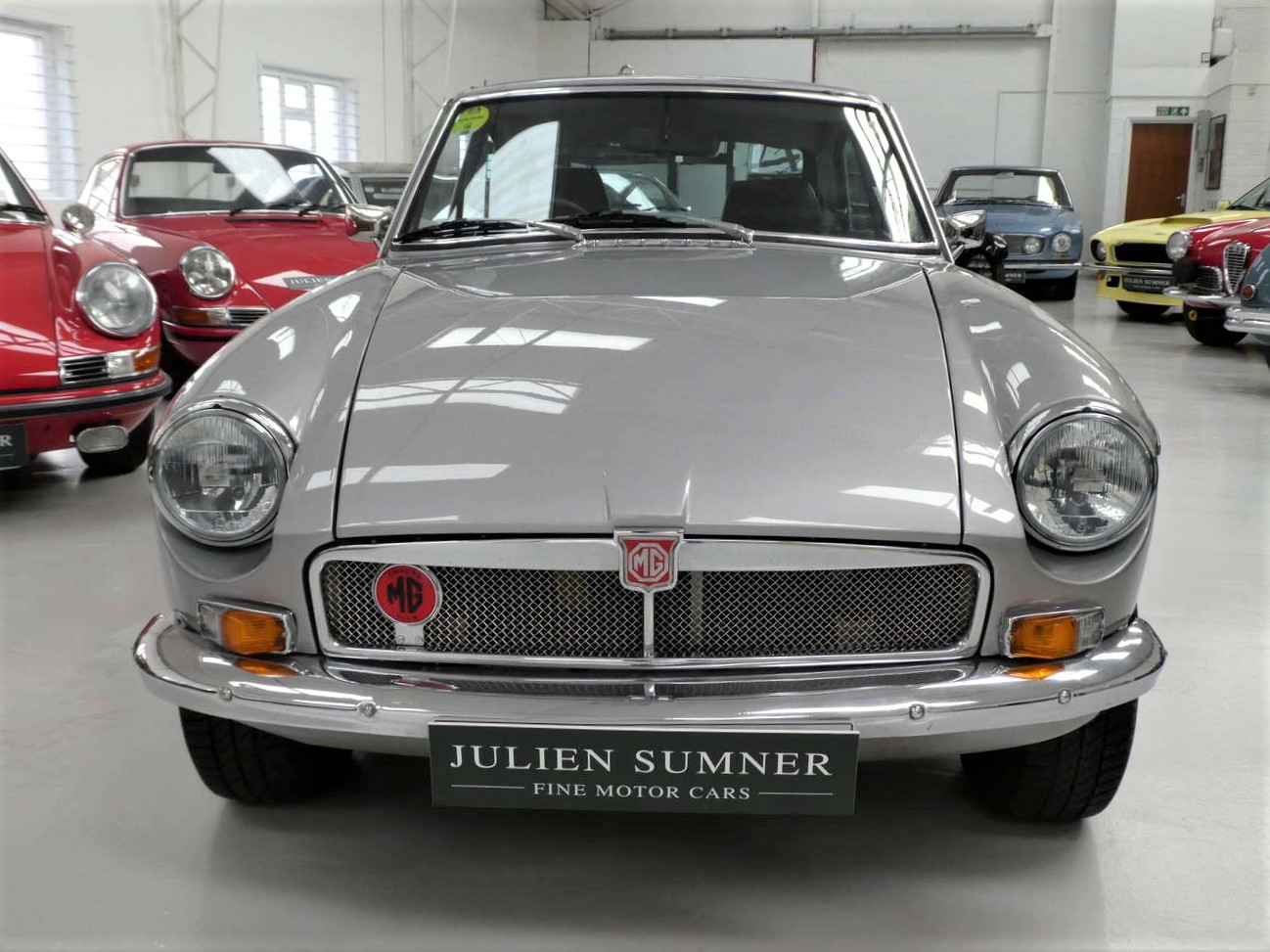 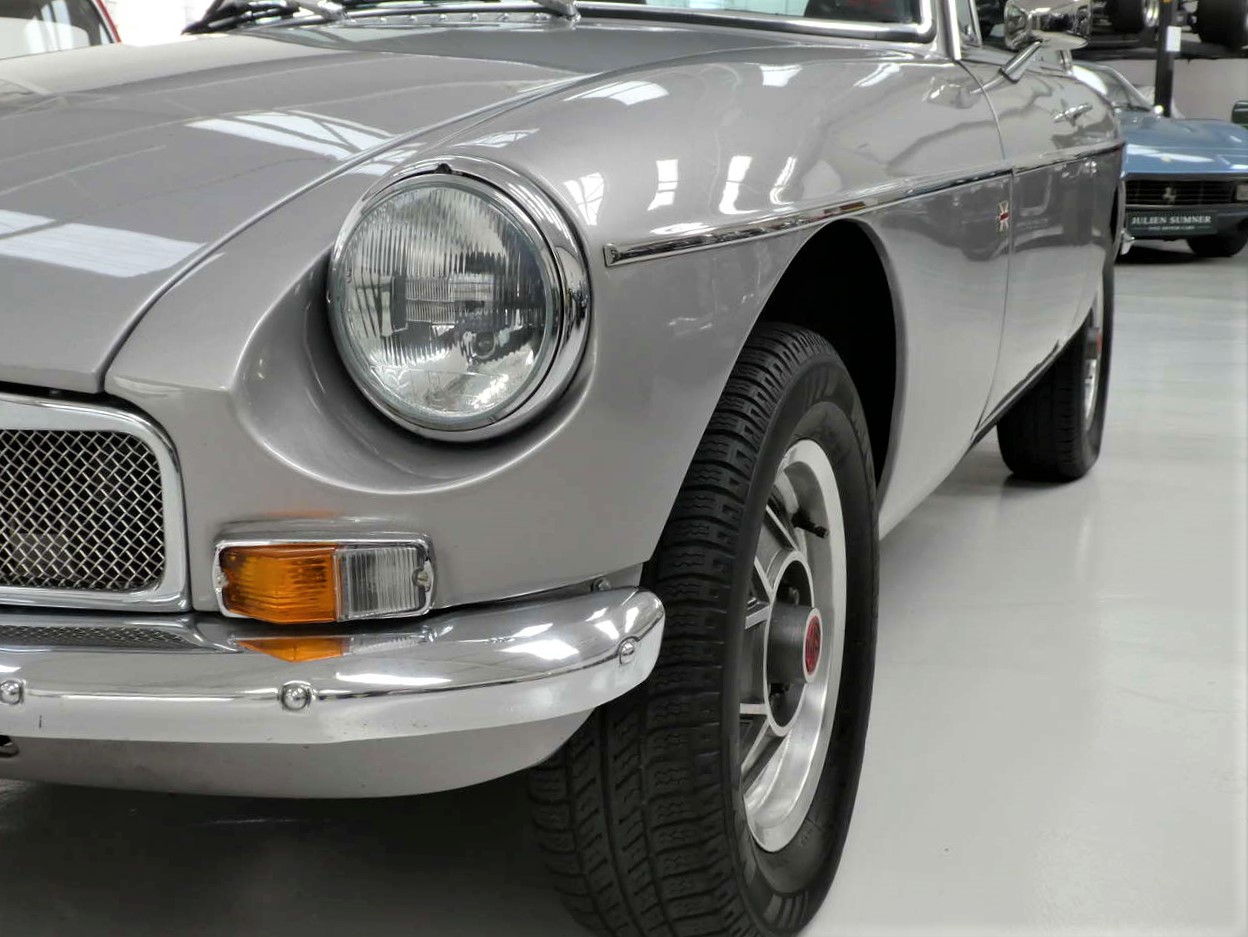 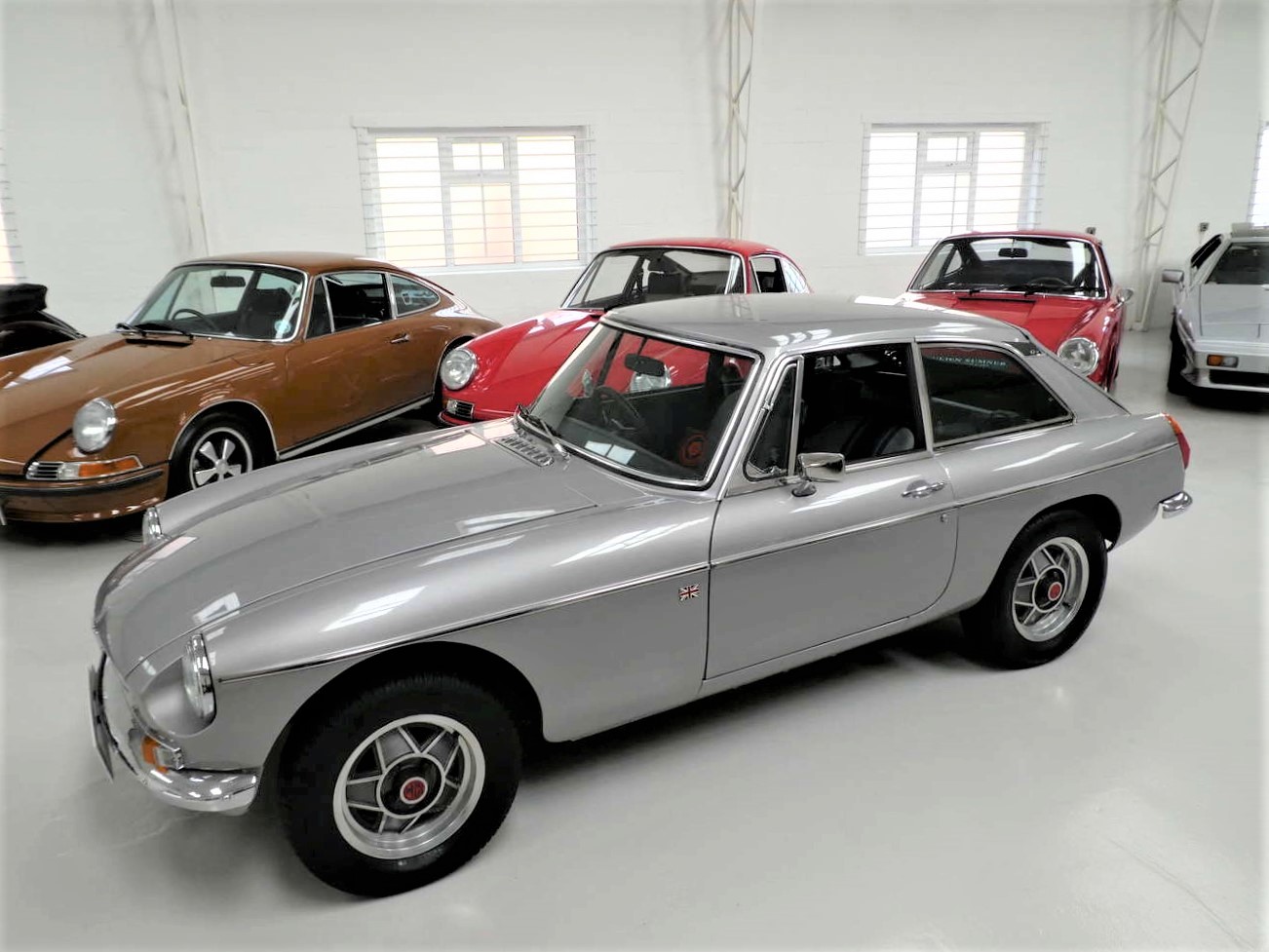 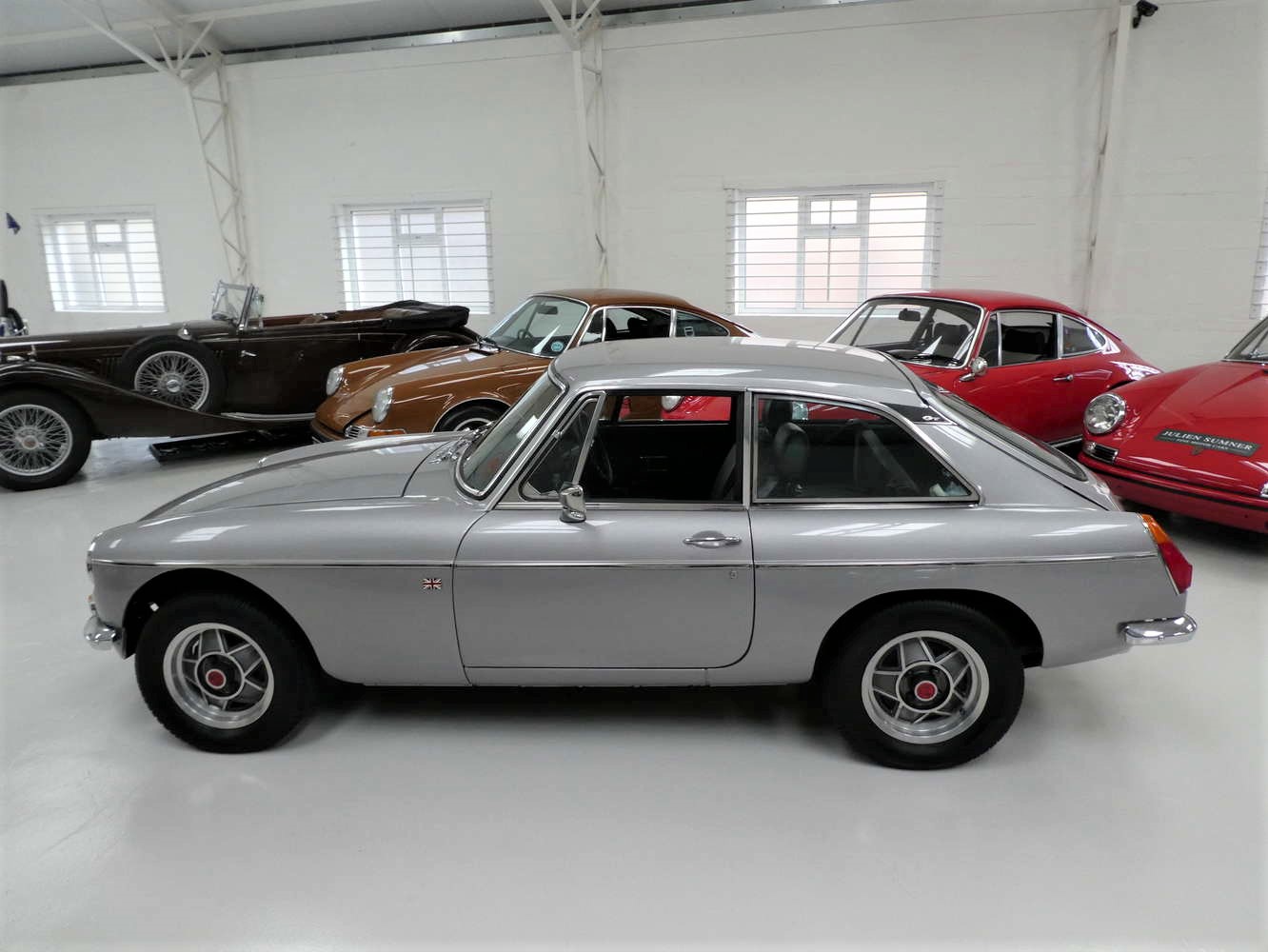 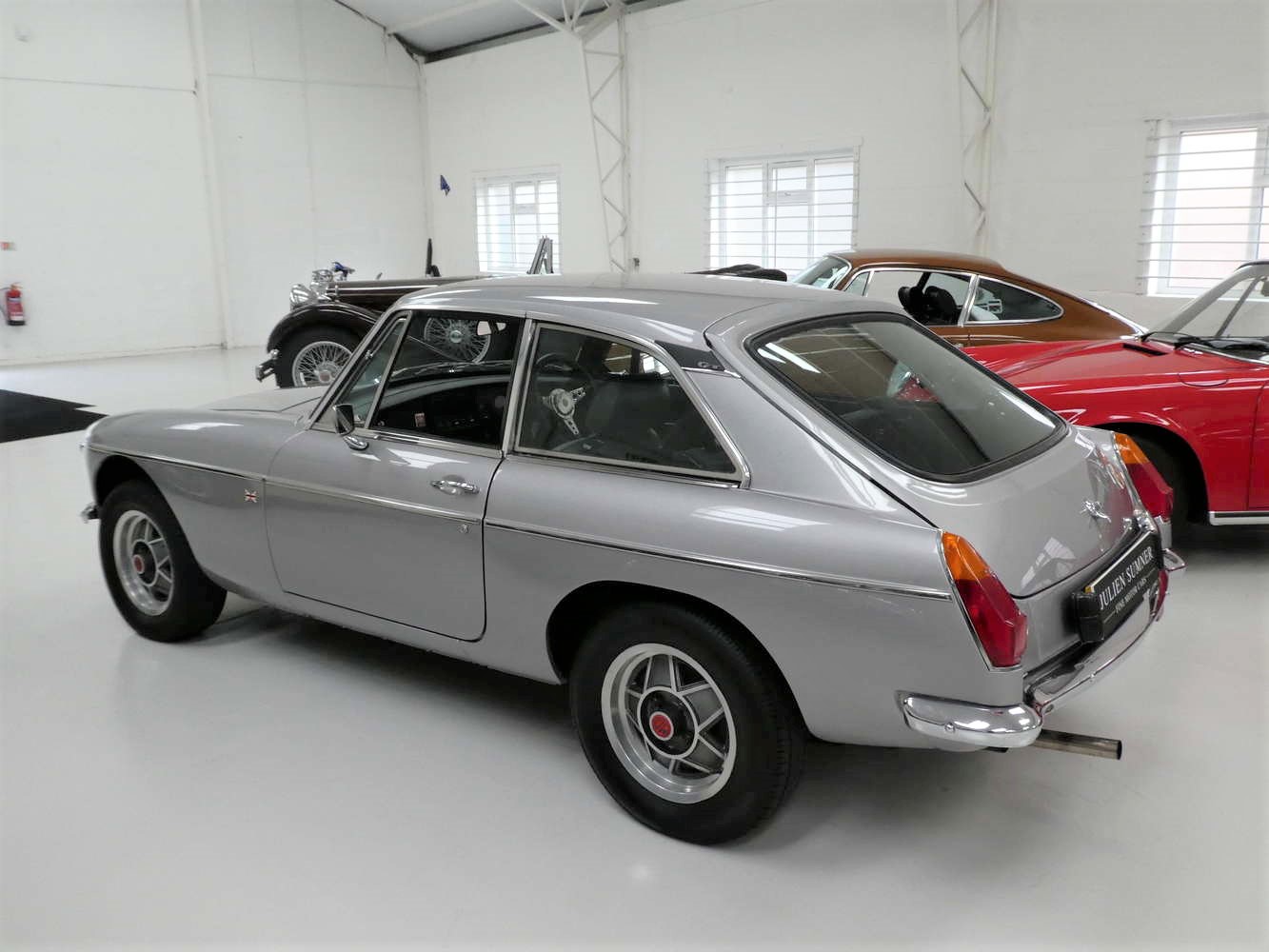 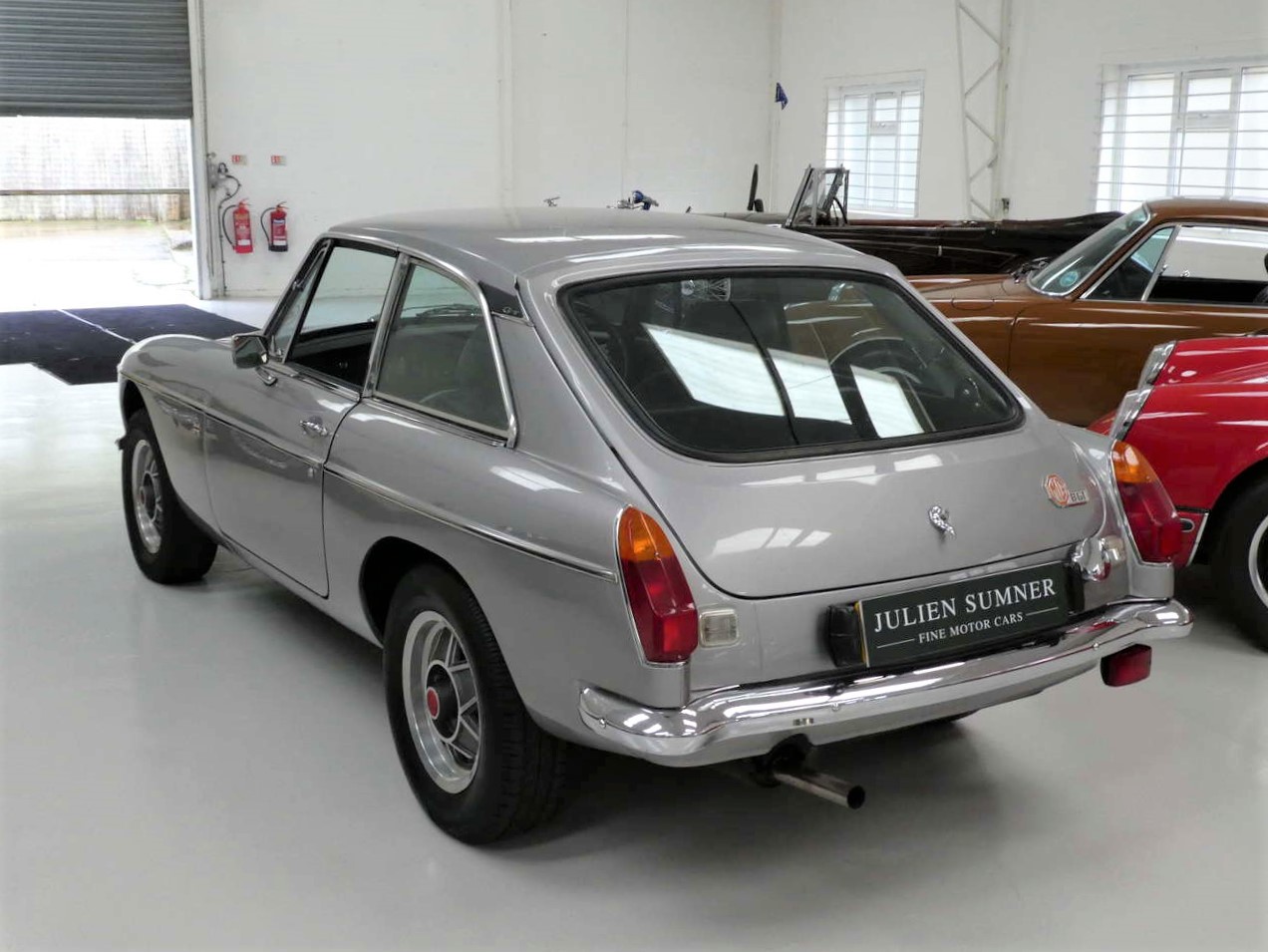 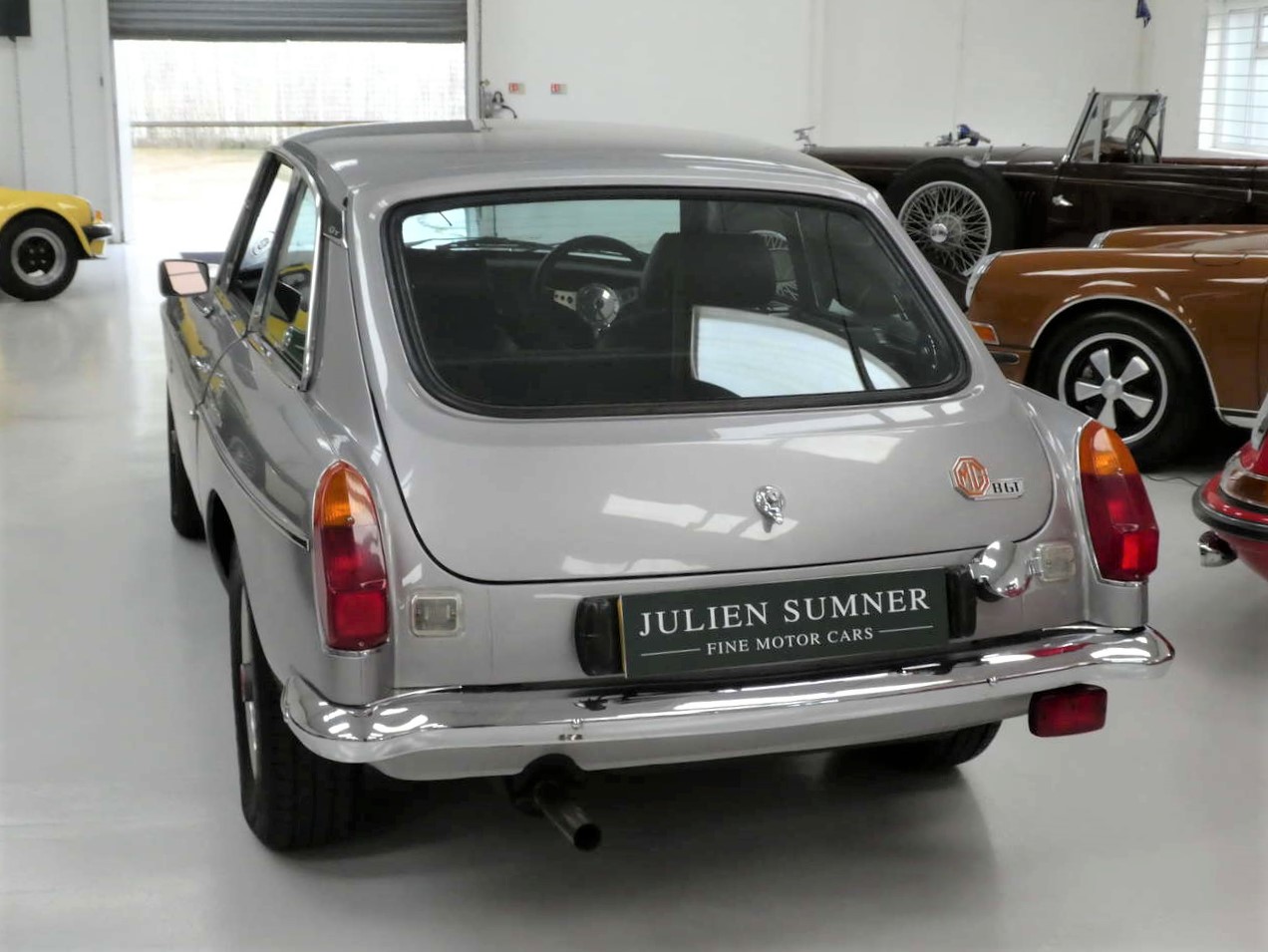 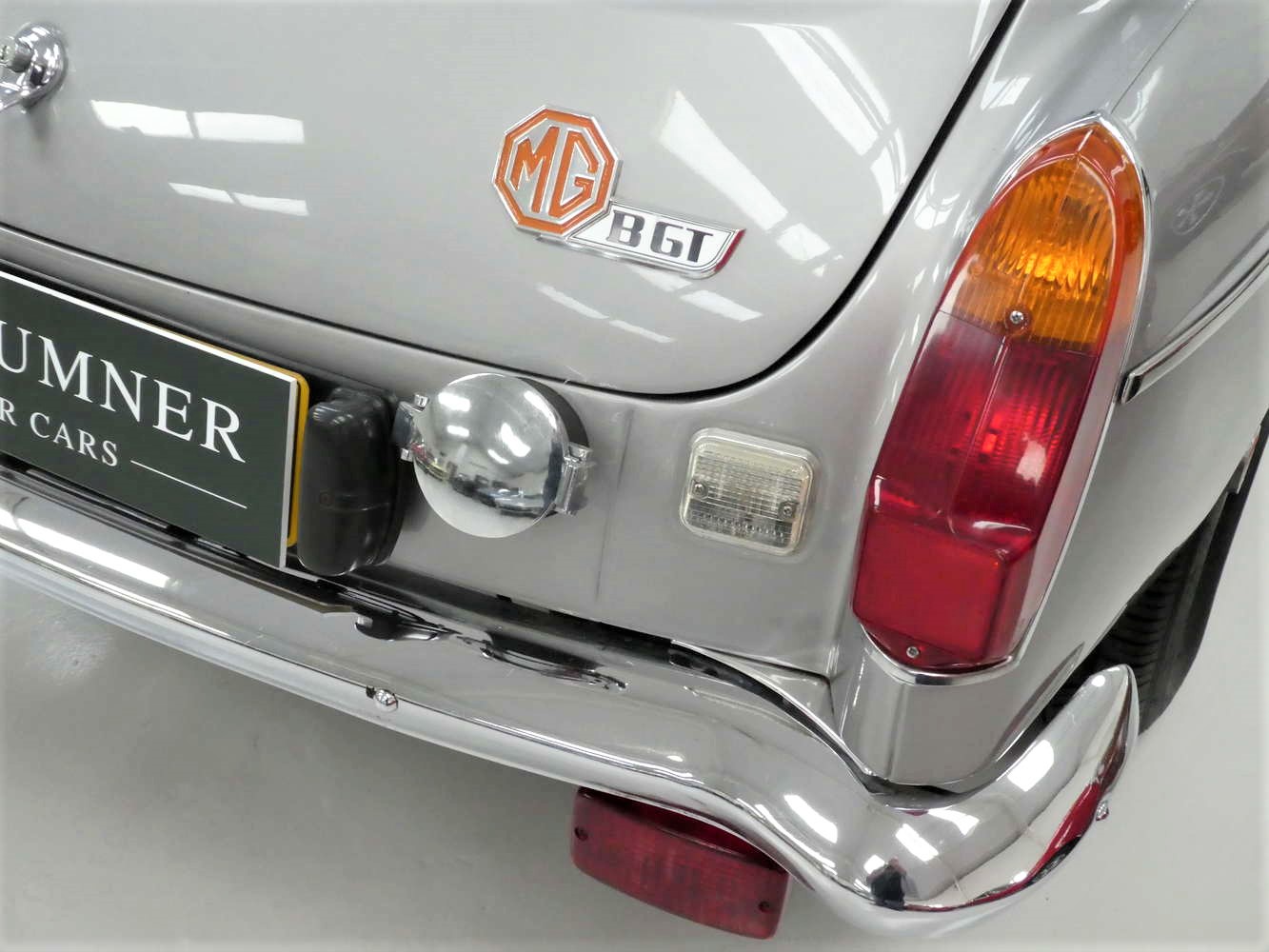 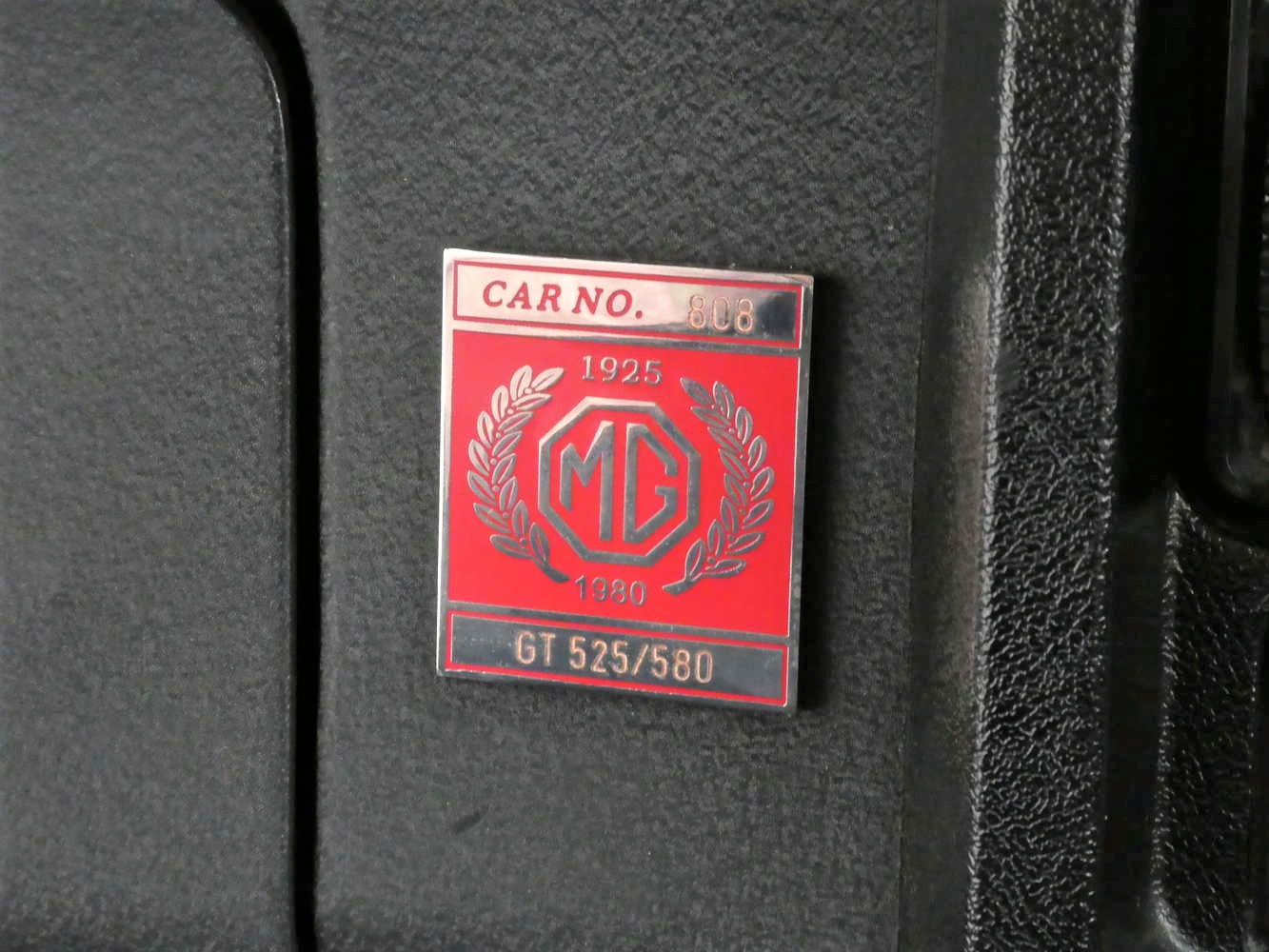 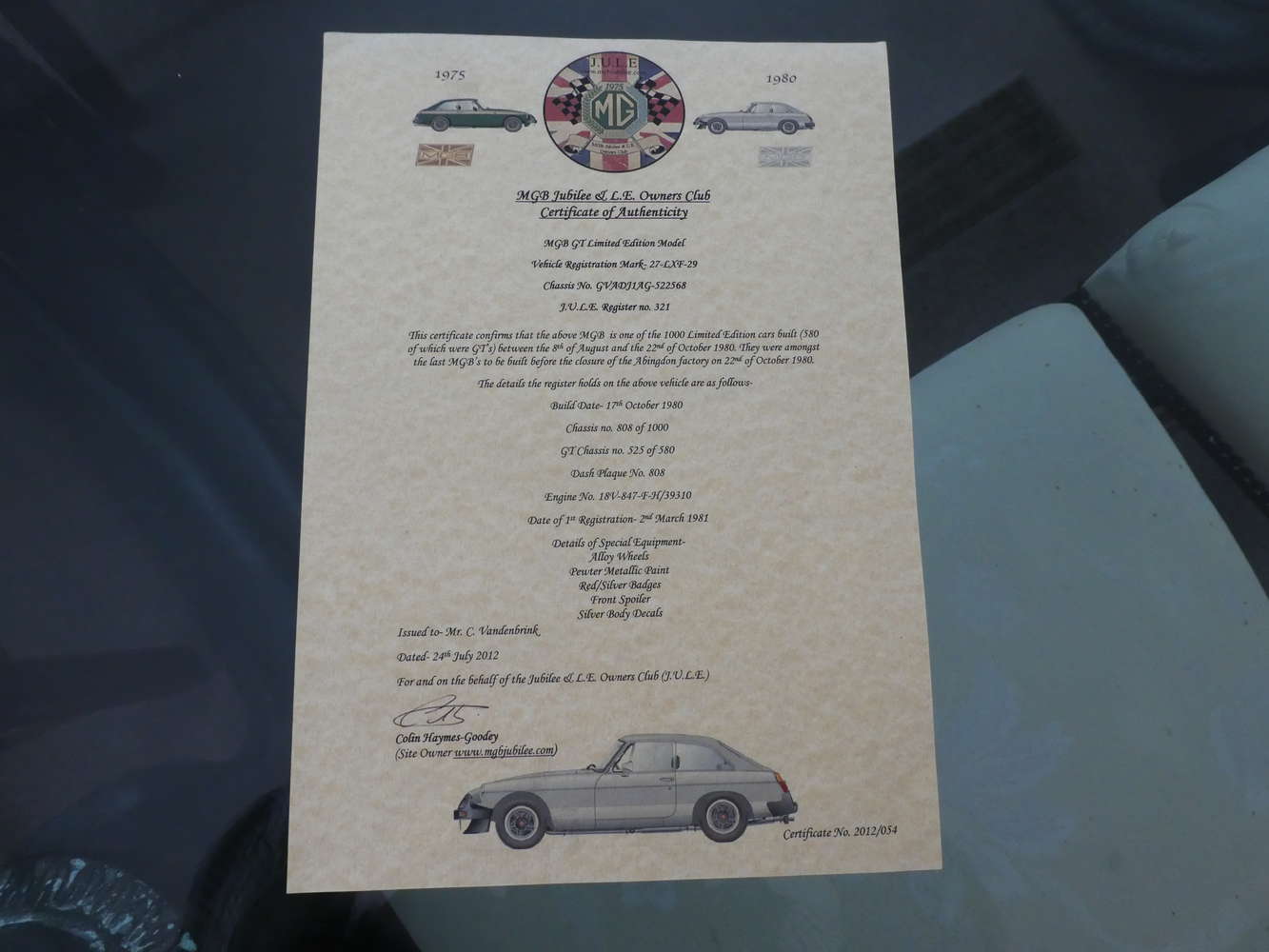 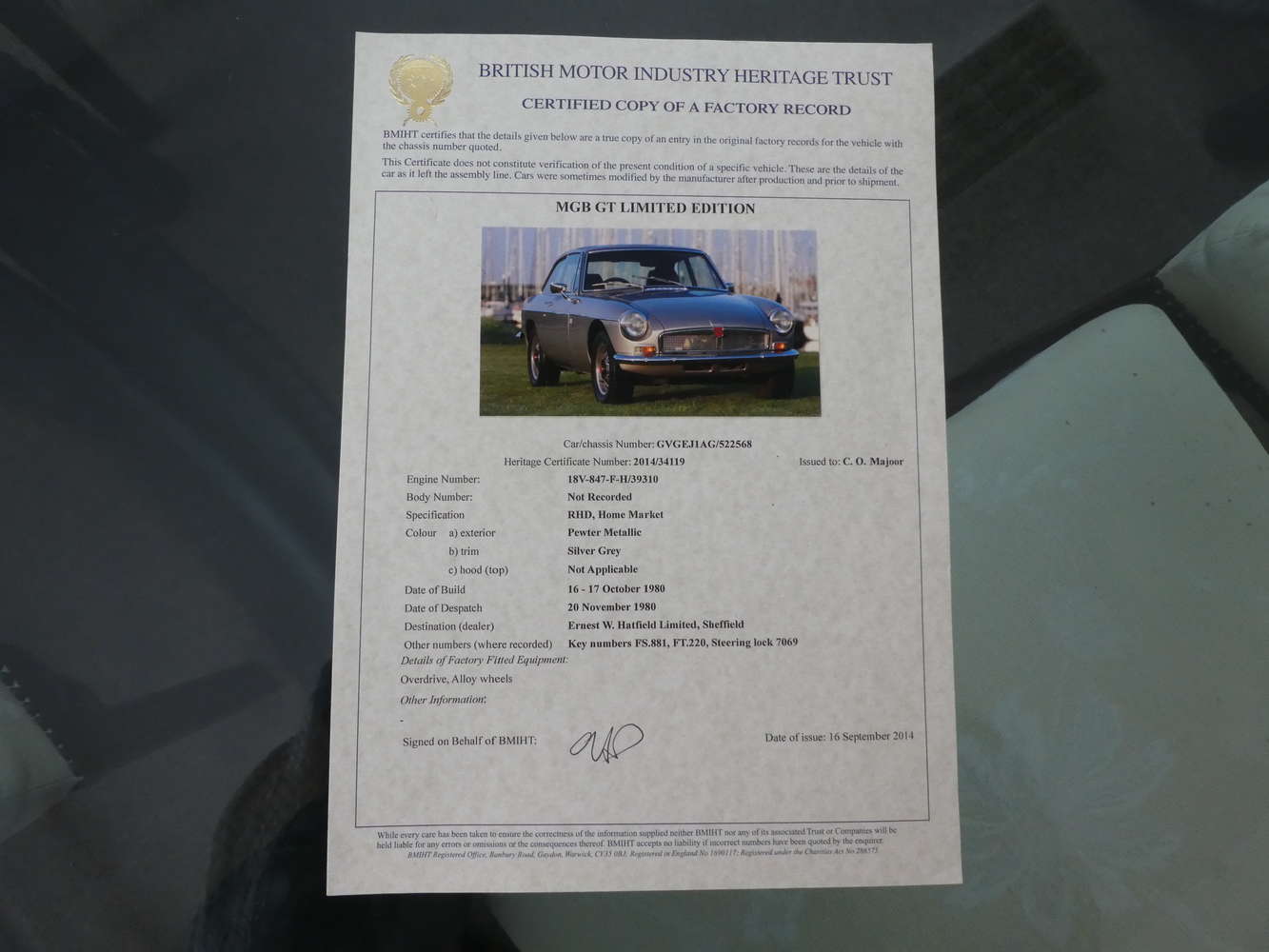 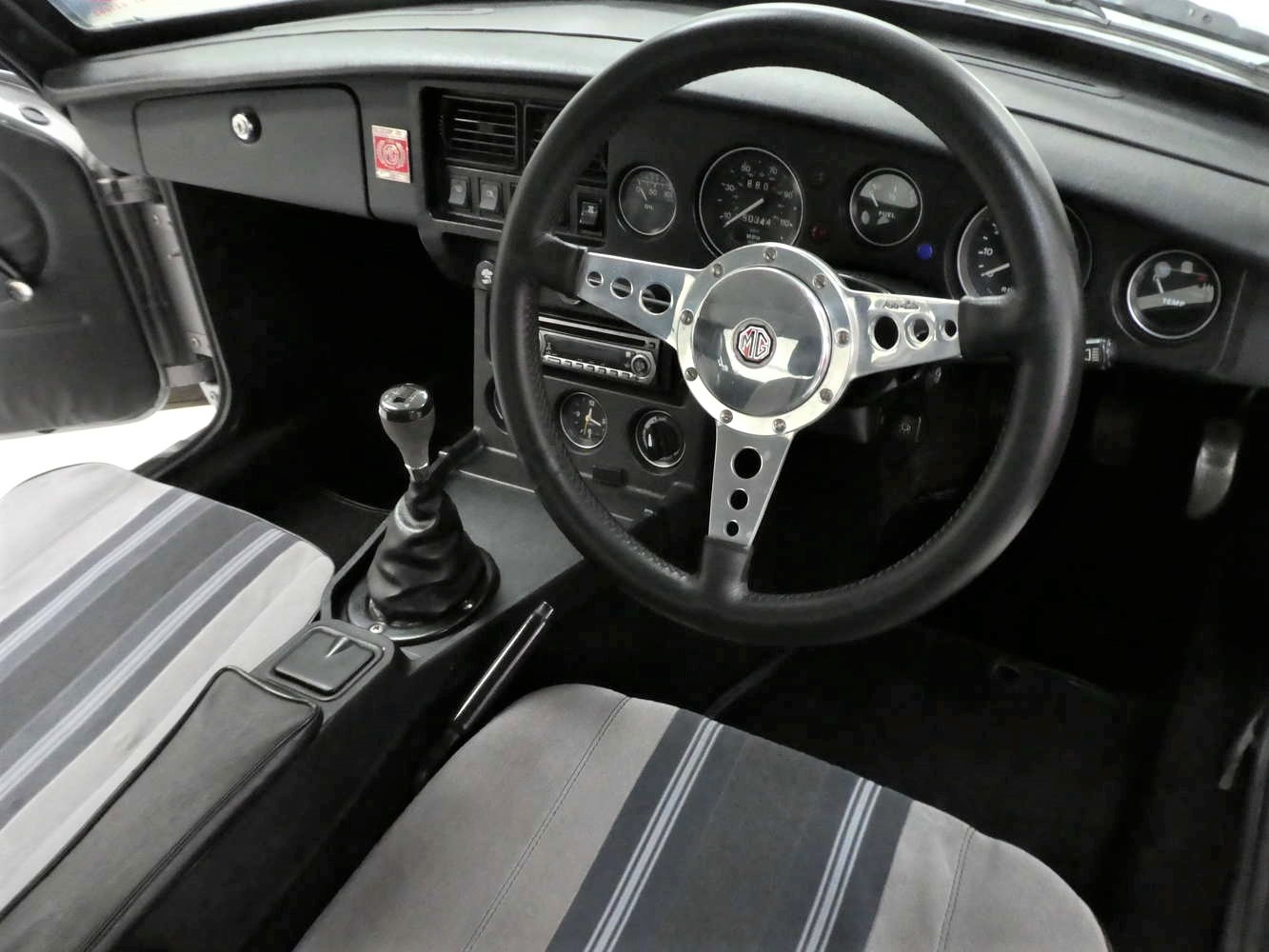 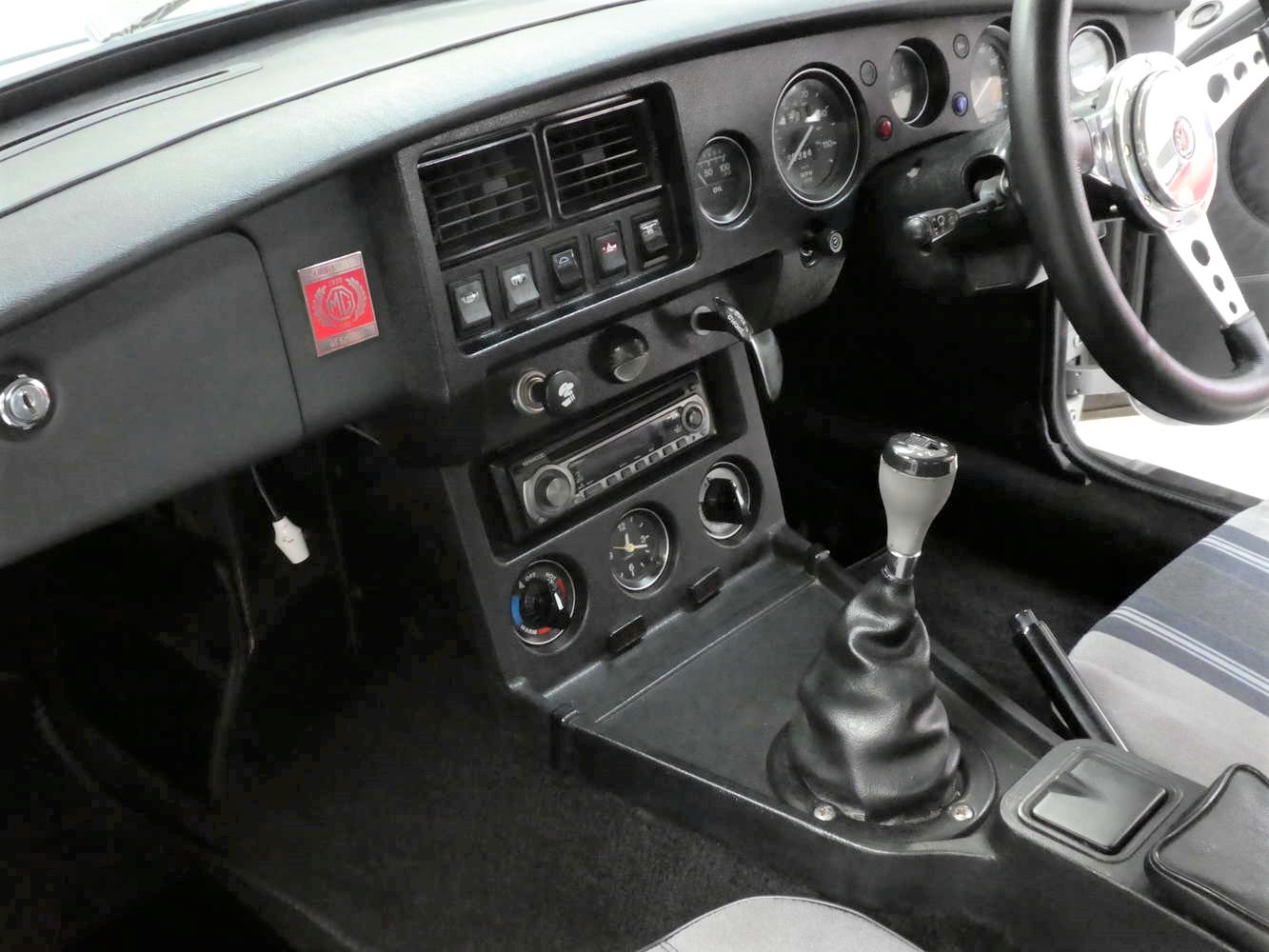 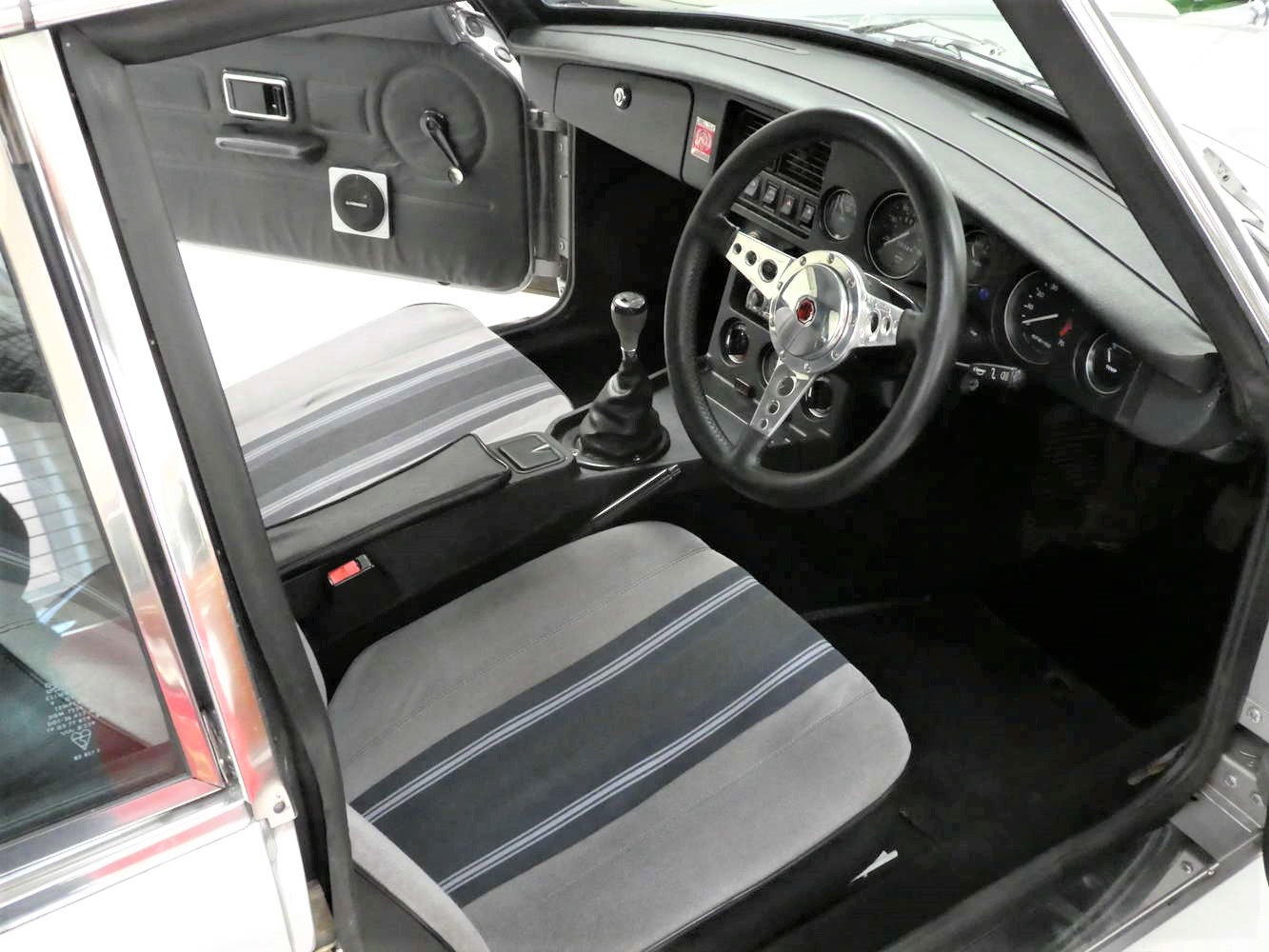 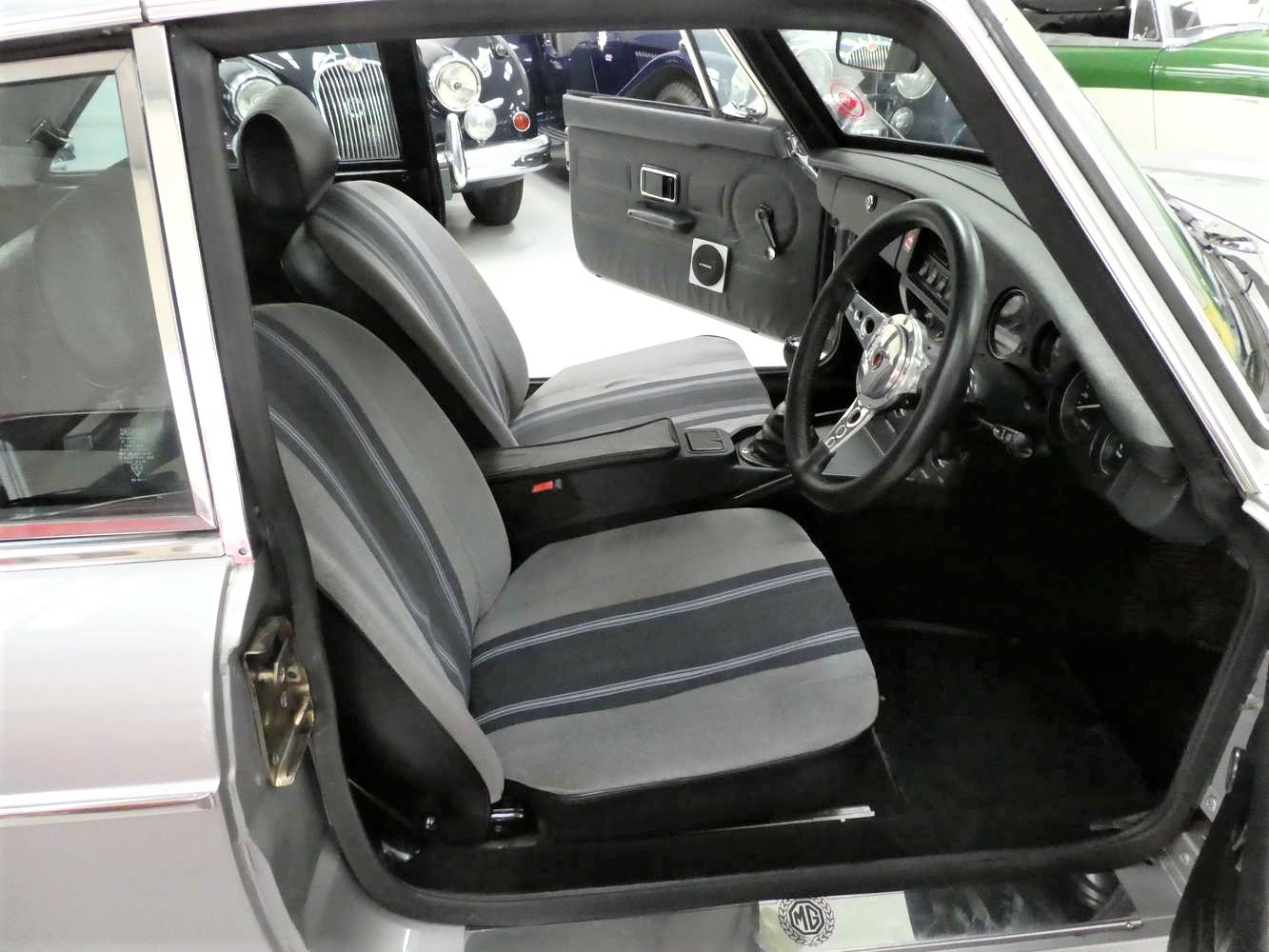 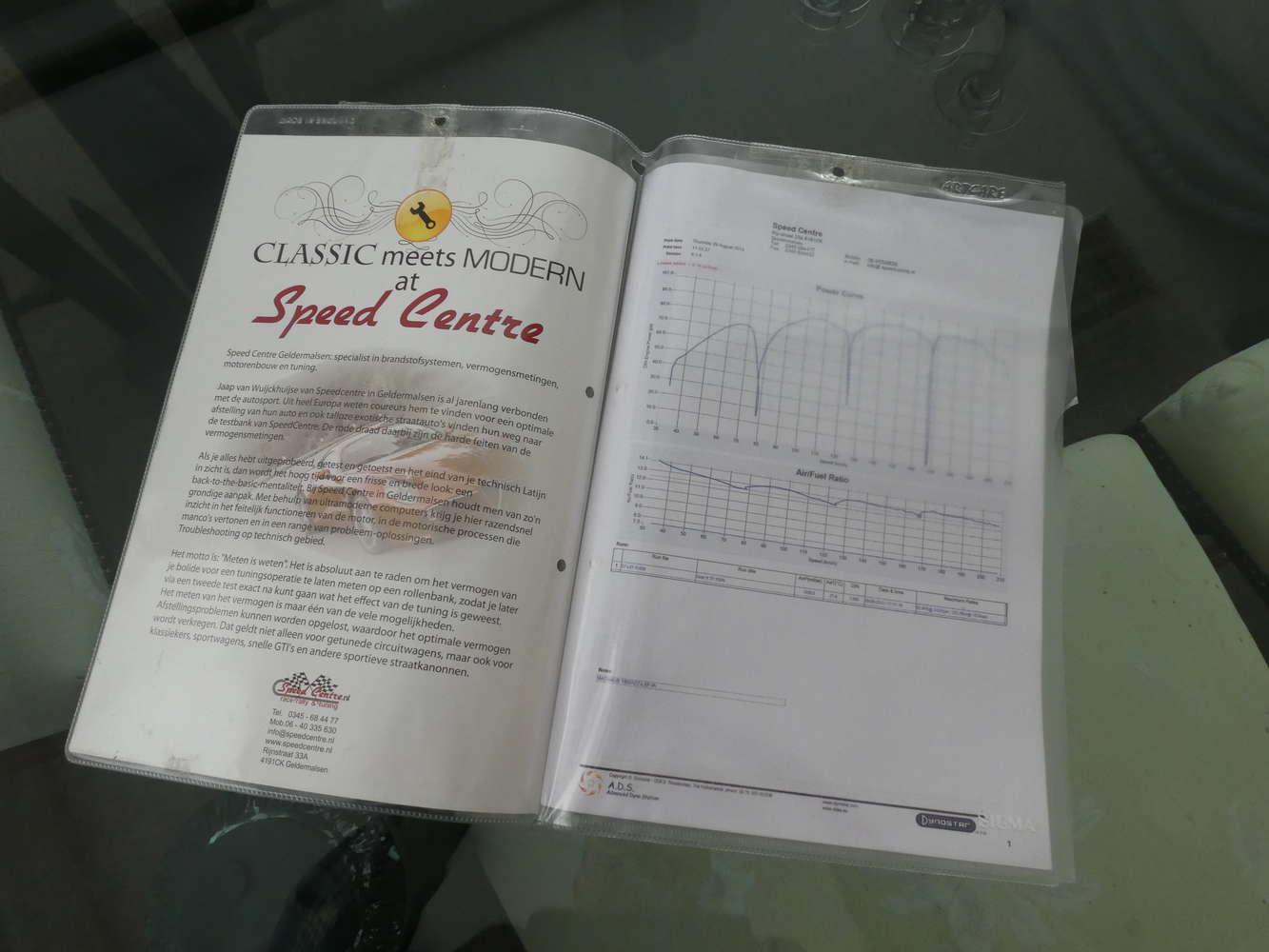 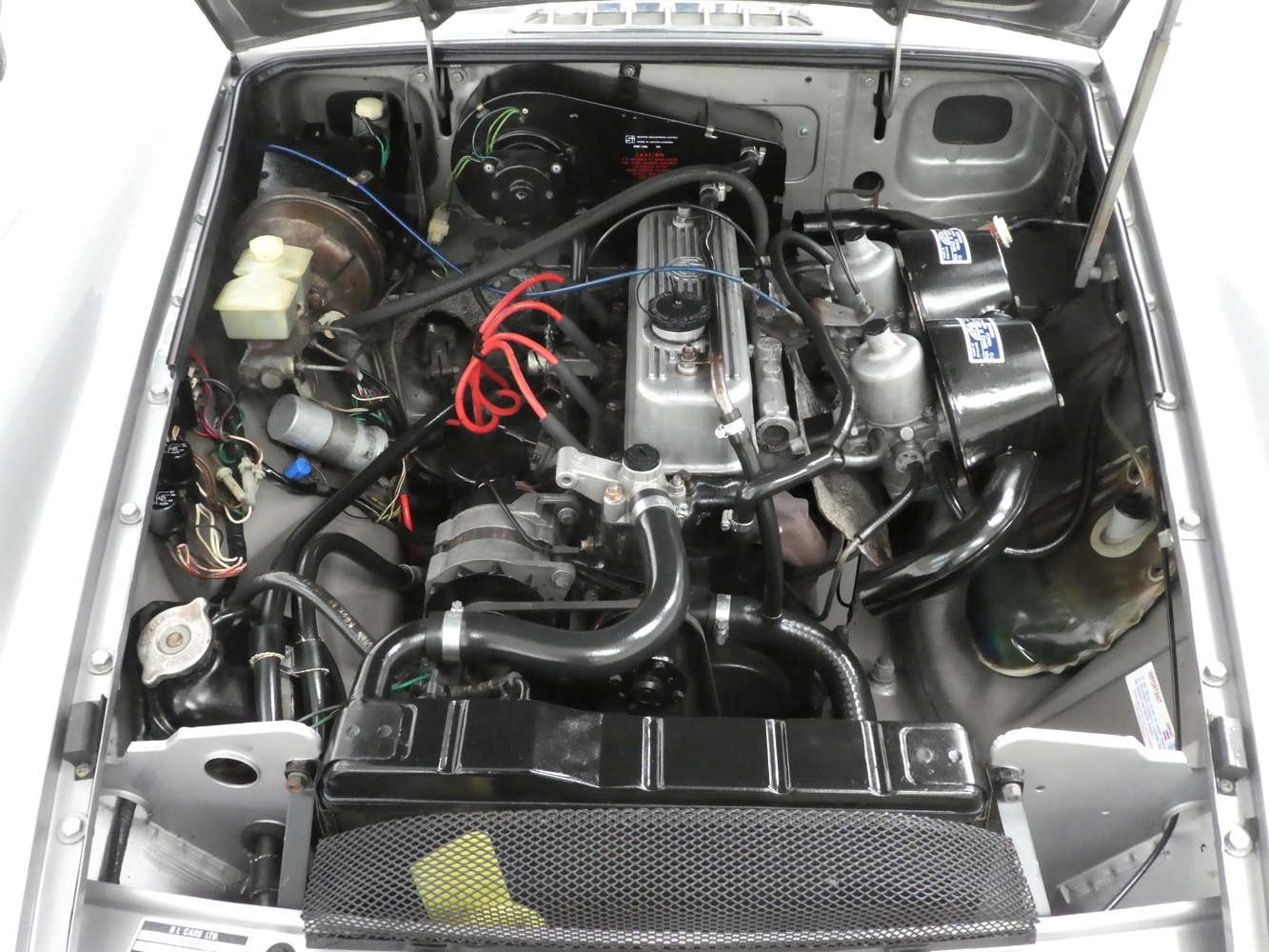 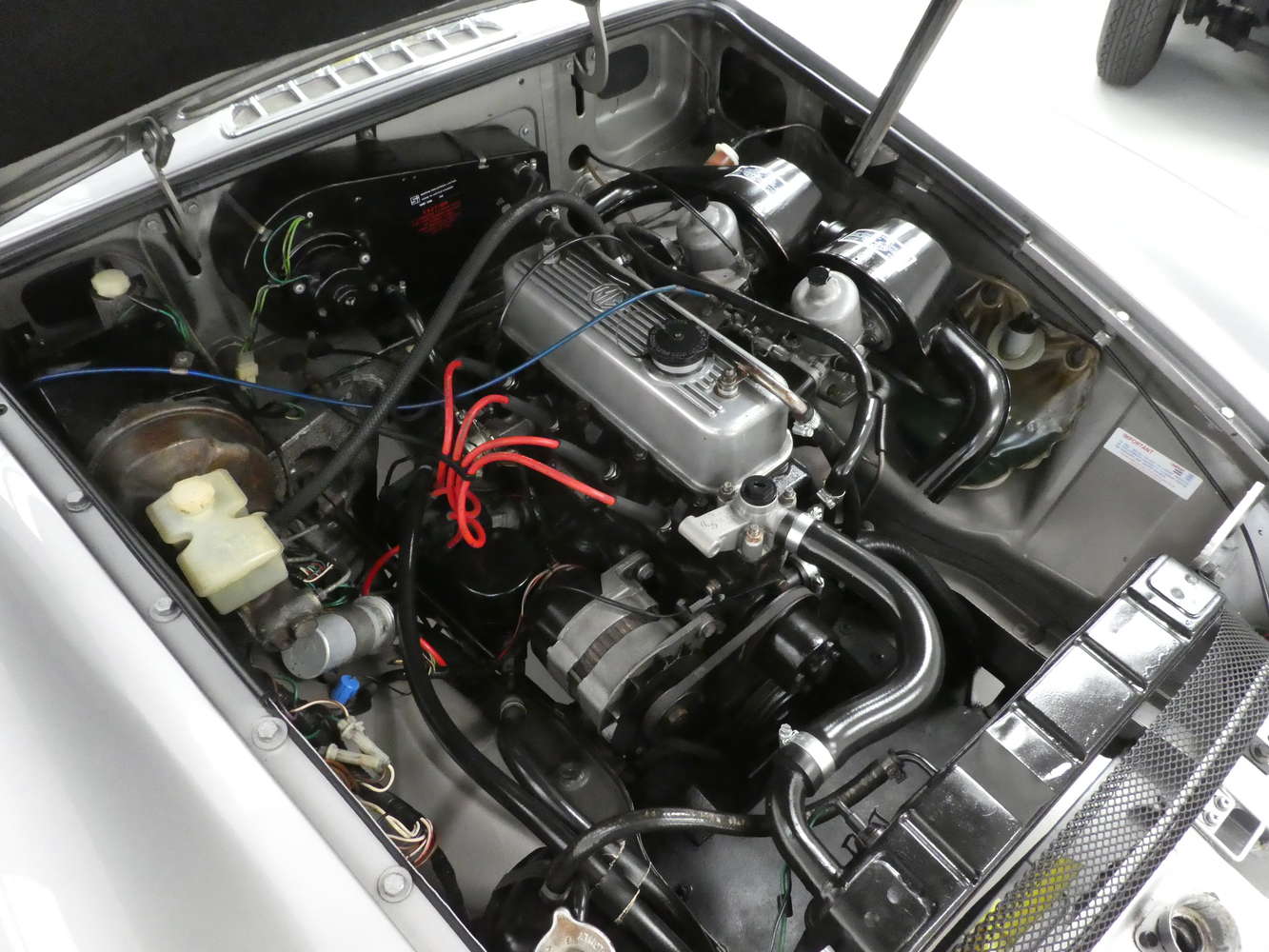 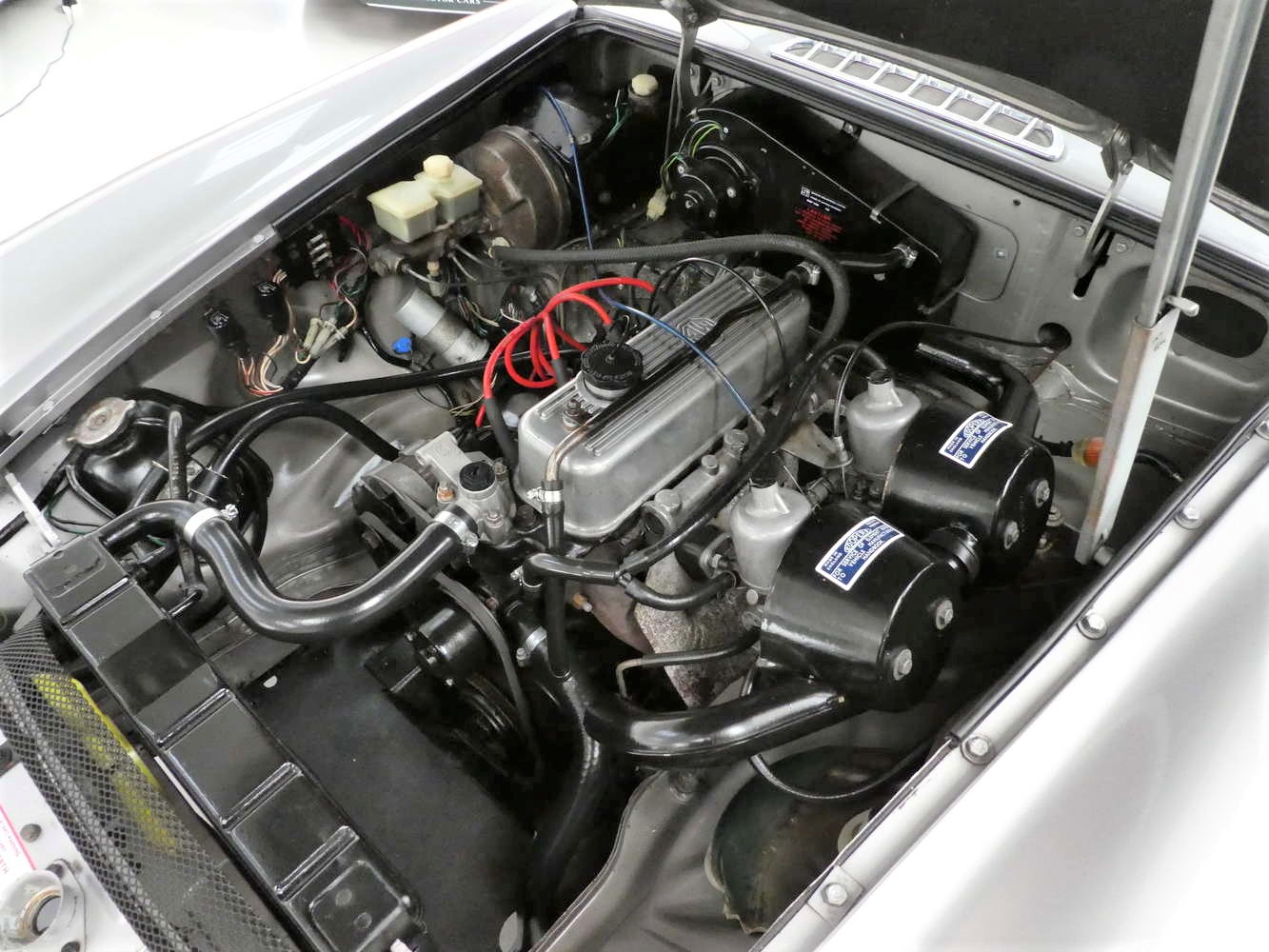 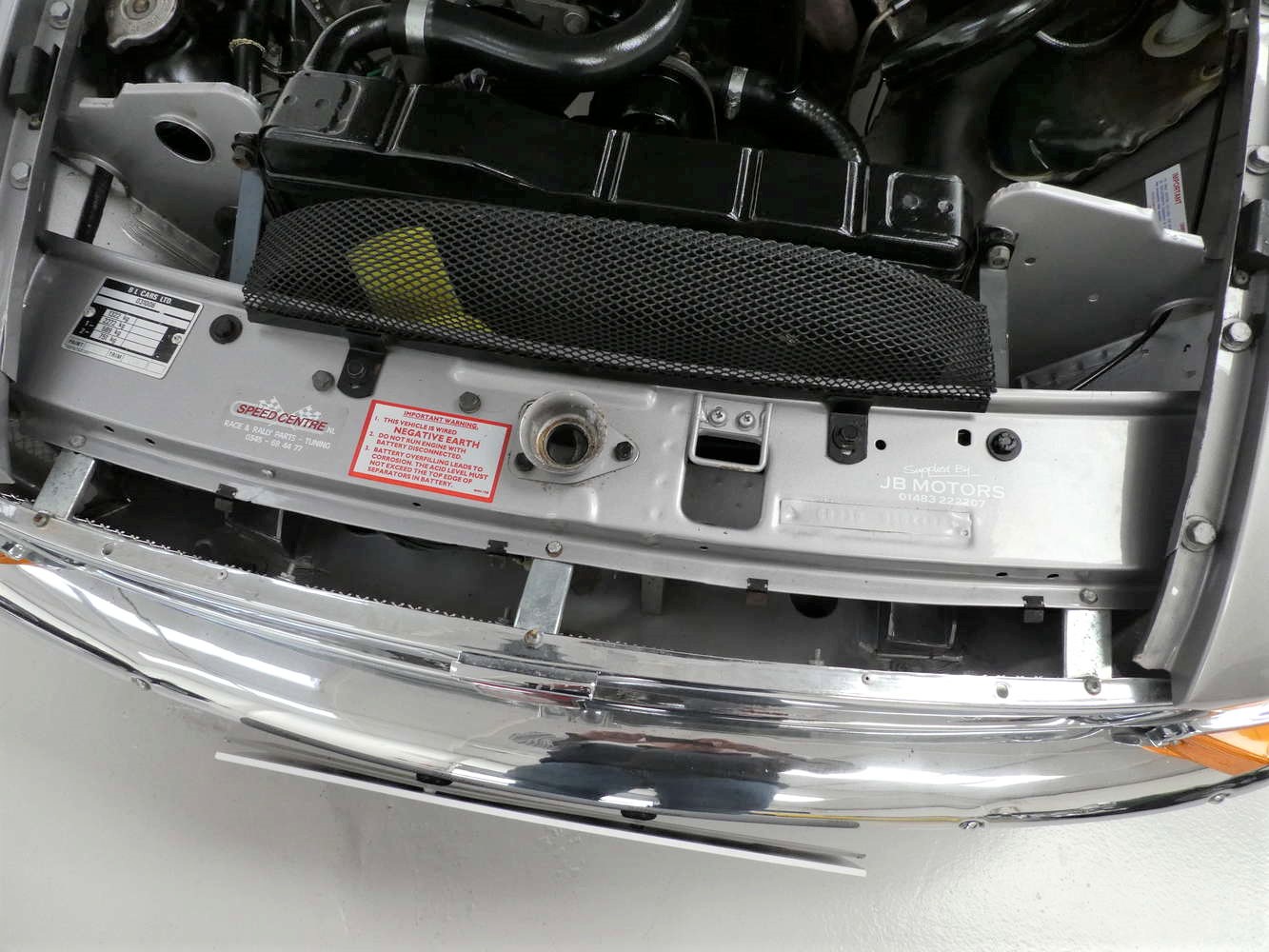 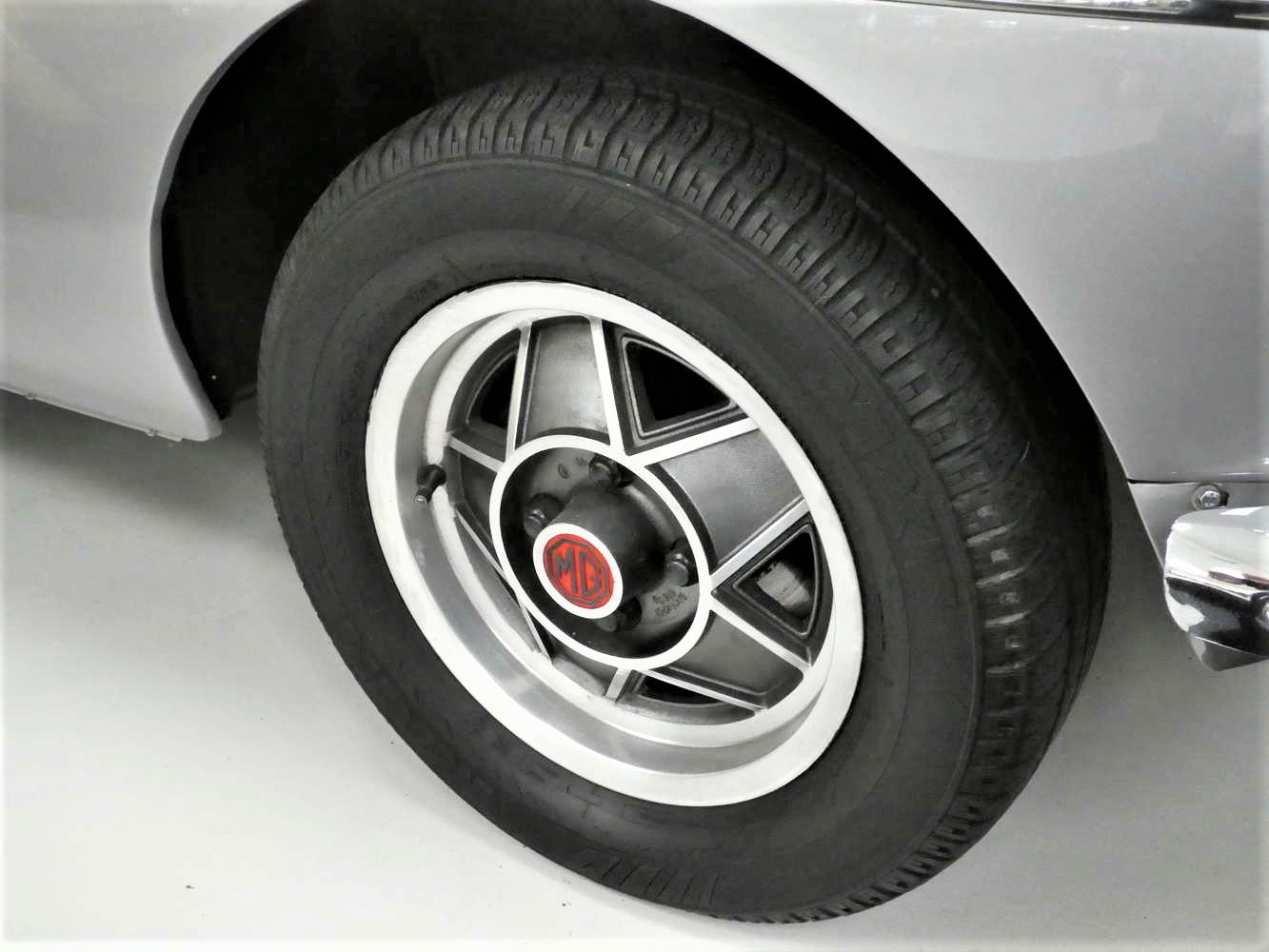 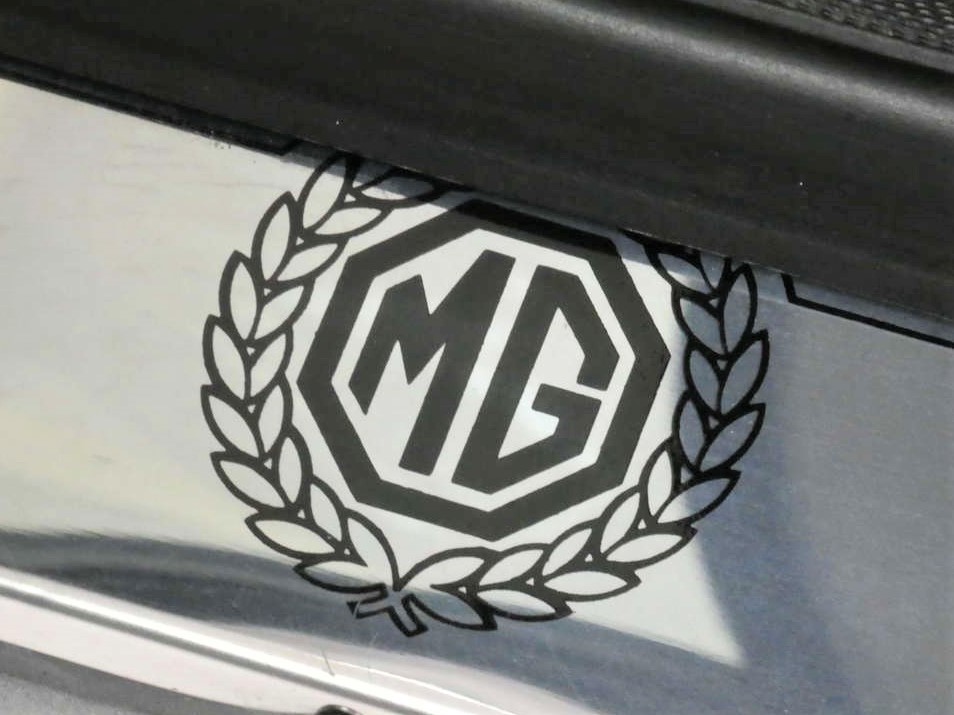 Production for the ‘LE’ ran between 8th August & 22nd August 1980, and this is car No. 525 of the 580 GTs, built on 17th October and thus towards the end of production and just prior to the closure of the Abingdon factor.

As to its history, I understand this particular MGB had  been in a single UK ownership since new but was subsequently bequeathed to a long standing friend in Holland. During 2010 it was then noticed by a MG enthusiast in 'Soest' near to Amsterdam and after some deliberation, its sale was agreed. The new owner  had previously  undertaken a couple of older MG restorations so was perfectly placed to tackle another, but decided to use it for a while before starting work.

Like a lot of  cars from this era, the MGBs  weren't sufficiently protected from corrosion when new and so  coachwork deteriorated over time. Consequently,it was not a surprise that after  closer inspection by the new owner, it was evidently necessary to undertake a total restoration.

The whole process has been  logged in  a nicely bound photographic album, which pictorially follows the  rebuild with written commentary accompanying each page.....this is in Dutch but I've had this translated. The restoration  took over two  years and along the way the owner decided upon a "back-dated" look, doing away with the black rubber bumpers in favour of a tradition MG grill and chrome bumpers.

The metal work was undertaken by a bodywork/panel specialist and treated at the time with rust inhibitors, subsequently being prepared for painting with two coats of epoxy primer and three coats of colour, plus a further two applications of clear finish. Now nearly  seven years after it was finished, the paint work is still in almost perfect condition. All the normal expected areas on an MGB where corrosion breaks out is without fault. The panel fit, and especially those of the doors, tailgate and bonnet are all exceptionally good.

The engine was stripped, checked and rebuilt and there is a  rolling-road read out giving a clear indication of its power curve, which pleasingly is on par with a factory fresh unit. The interior was in great shape and needed little other than some ‘TLC’to rejuvenate it, and the addition of a nicer ''Mota Lita' steering wheel is welcome over the rather mundane and larger standard item.

Moving on to 2015, a Dutchman living in Surrey saw the MGB advertised and dashed across to Holland, immediately shaking hands and then driving the car back immediately to Weybridge where he had it correctly re-registered here on UK plates. The car has enjoyed some  further trips to Europe  with a visit  to Le Mans being the owners highlight!Apparently .the MG performed without a hiccup and has done so ever since.Properly serviced and looked after, it has  been further treated to an unleaded head conversion for onward ease. Sadly with the passage of time it has been used less and virtually hasn't turned a wheel in 18 months, so the difficult decision was made to allow another to enjoy it.

I went and collected this GT personally,  and was hugely impressed by the drive home and I'd forgotten just how roomy they are, plenty of space for my 6ft/18st frame,plus passenger! A nice turn of speed too, quiet with over drive engaged and a comfortable ride courtesy of some sensible tyres.

Available at a smidgen of the restoration cost, the MG comes the aforementioned photographic restoration, Heritage Certificate plus Certificate of Authenticity from the MGB Jubilee & LE Owners Club, so no denying its DNA!

It would be a pleasure to answer any further questions you might have. This lovely MGB GT LE can be inspected at my Guildford showroom -please call me directly on 07788 865700.