The E-Type has quite simply become one of the World's motoring icons. International acclaim and applause accompanied its arrival back in 1961....from Enzo Ferrari to the Museum of Modern Art in New York City, all waxed lyrical over its stunningly beautiful design and performance. 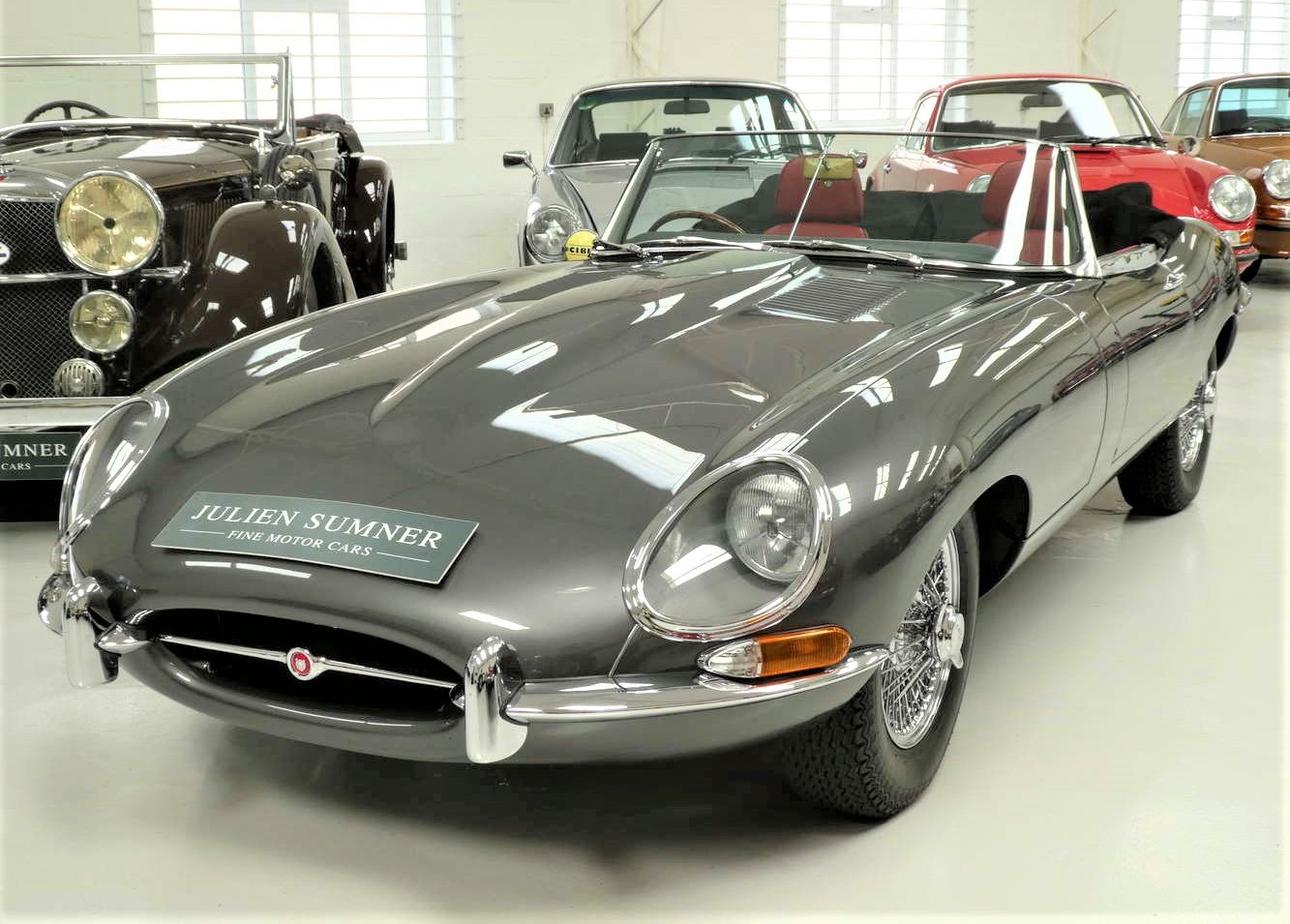 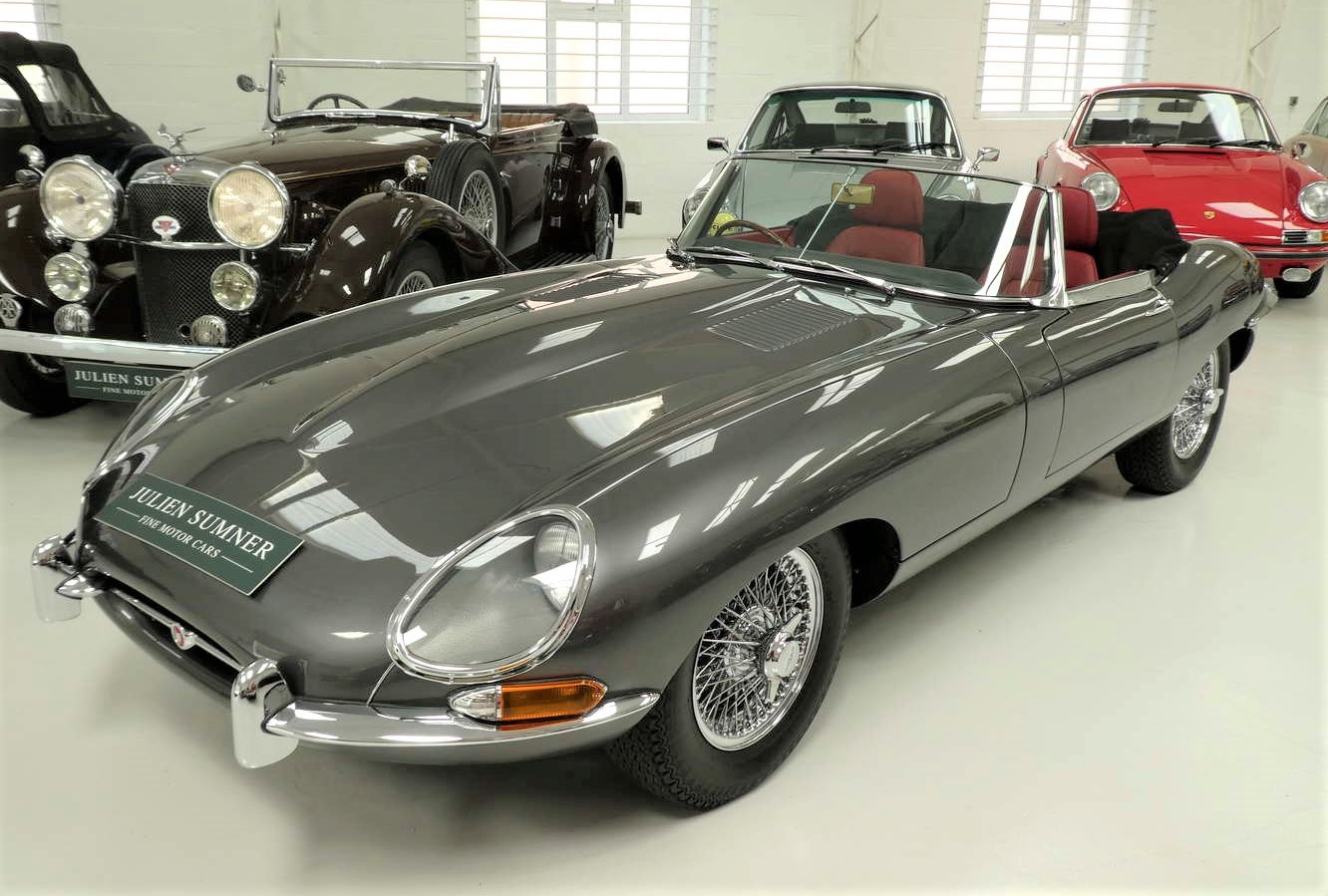 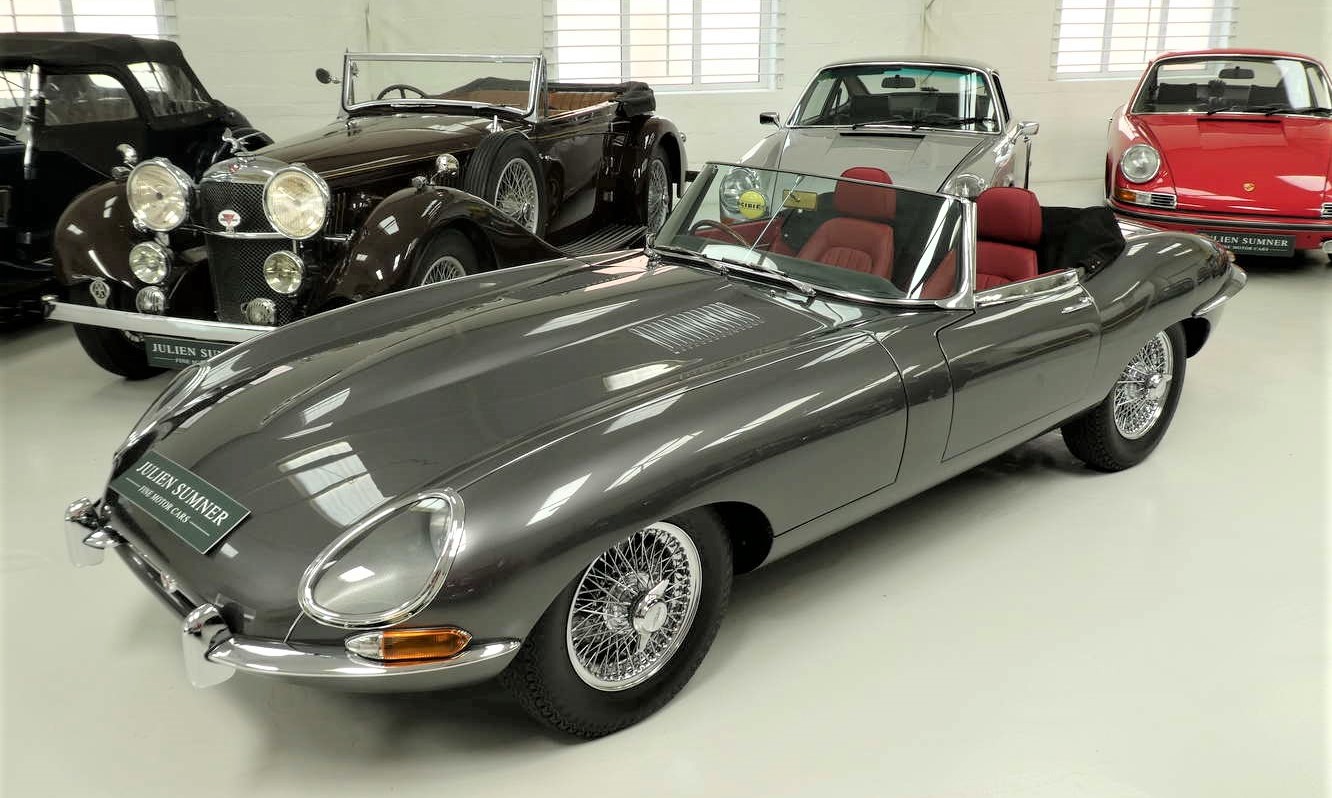 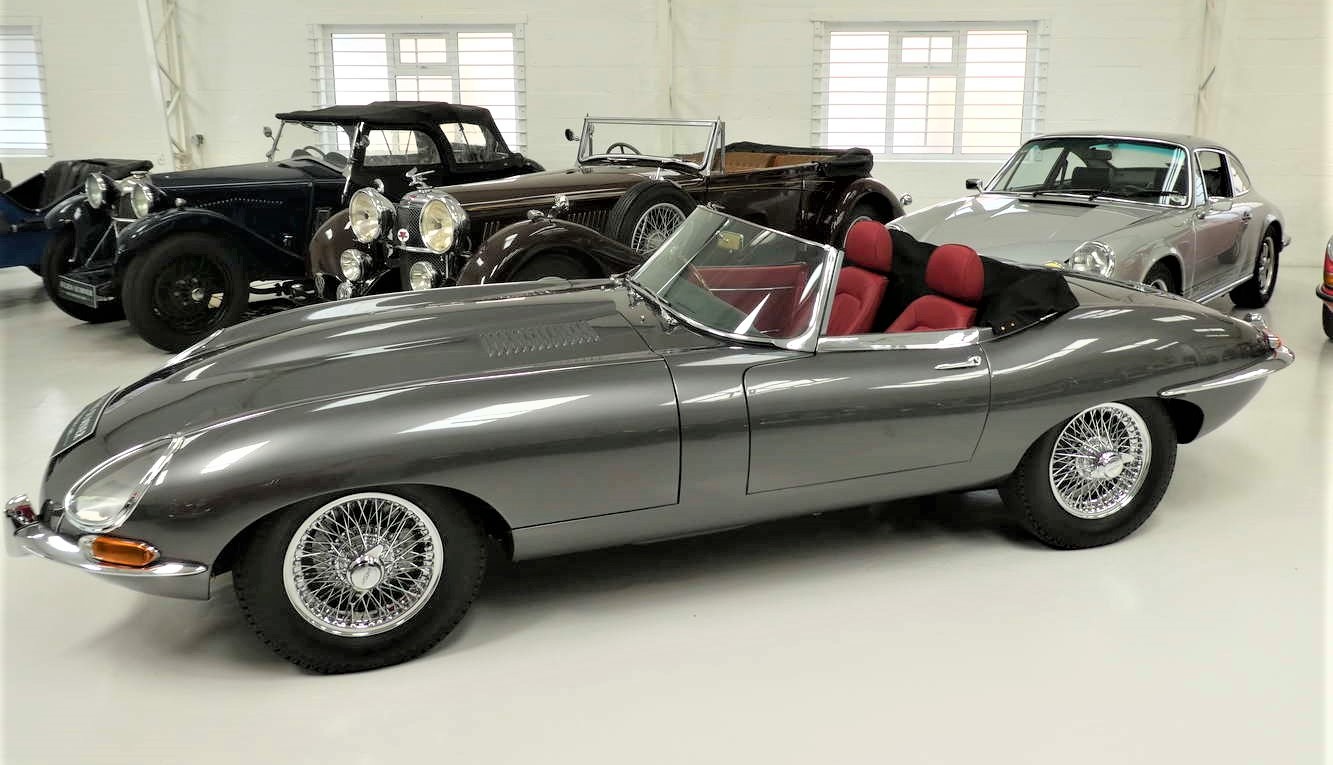 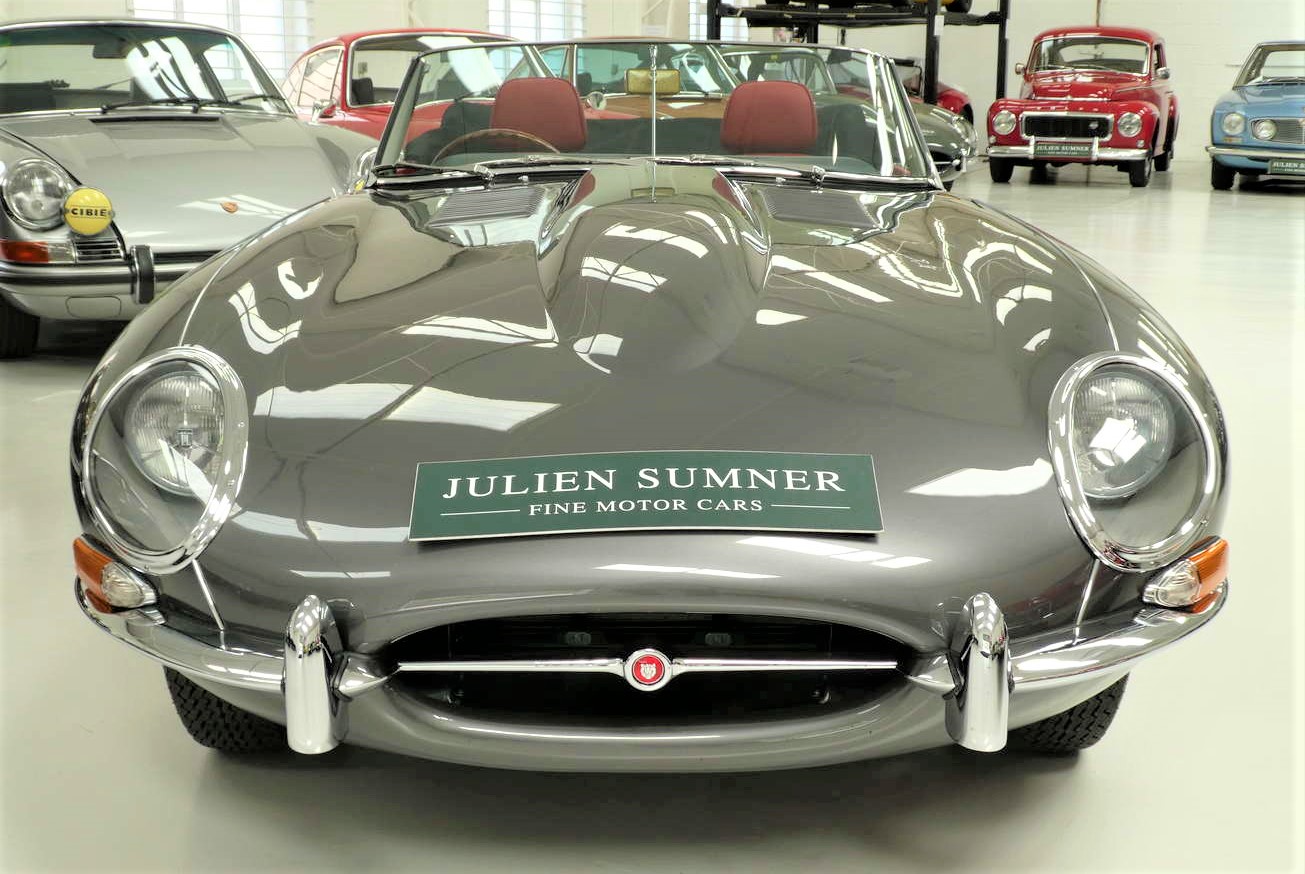 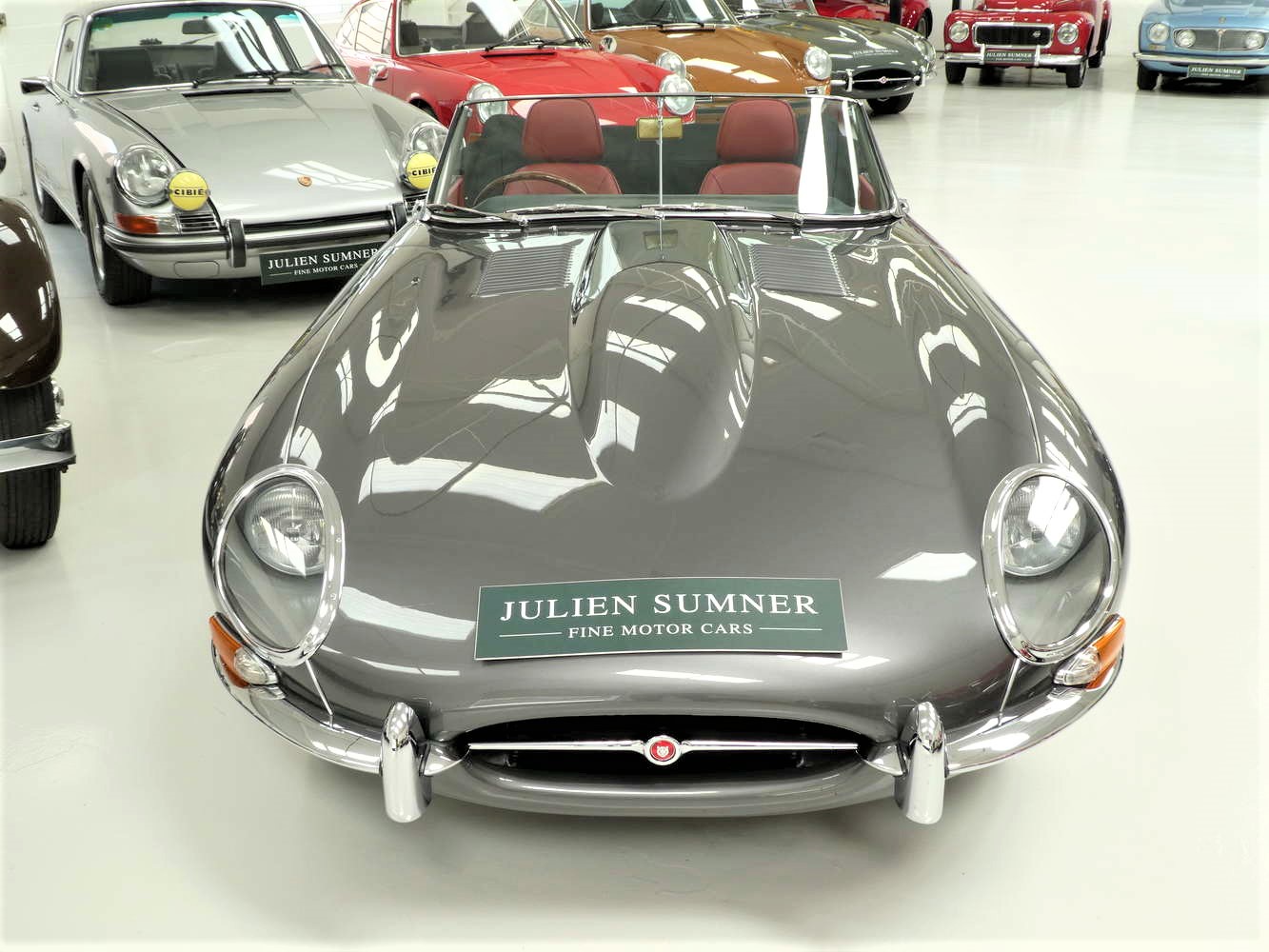 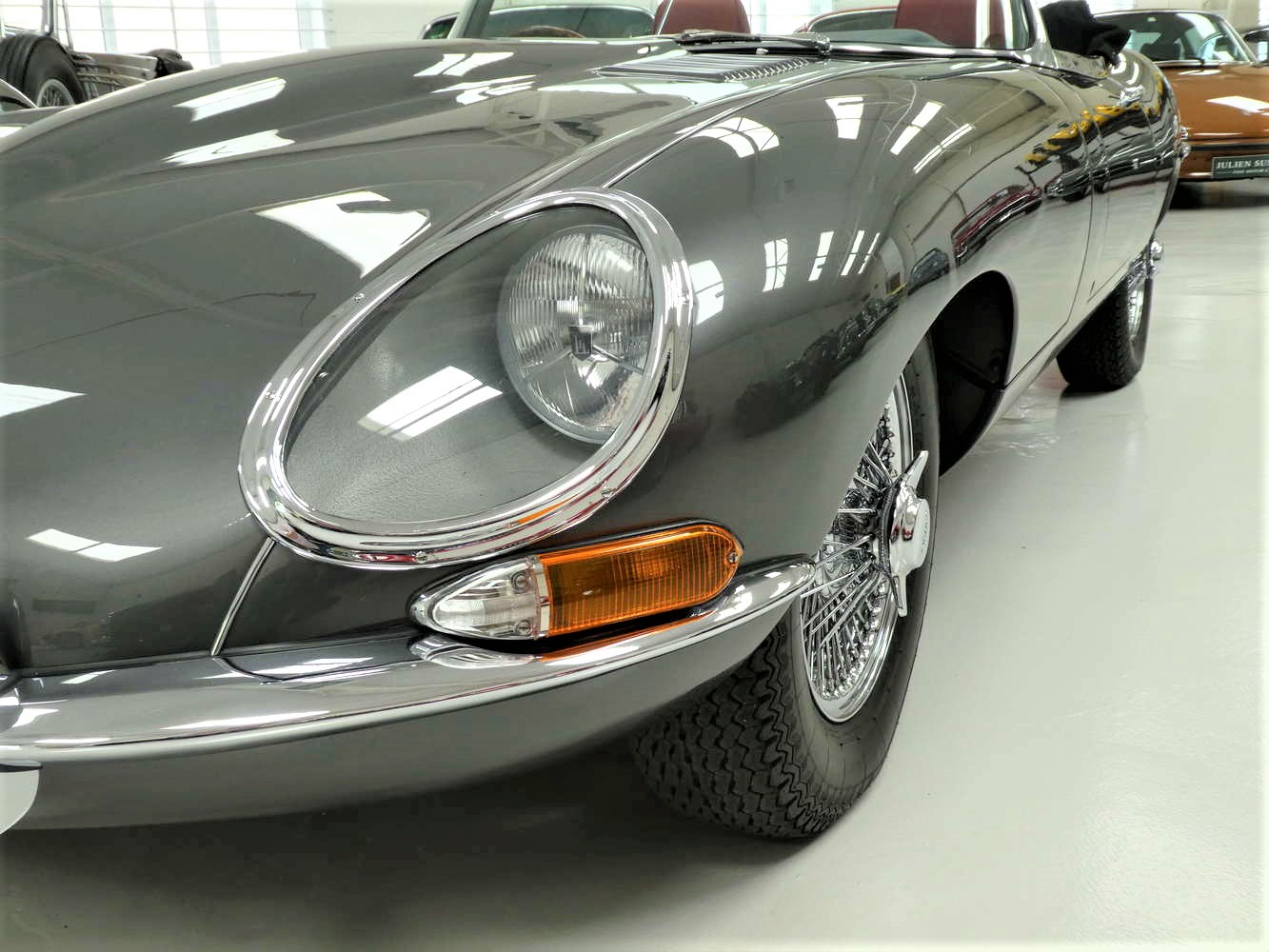 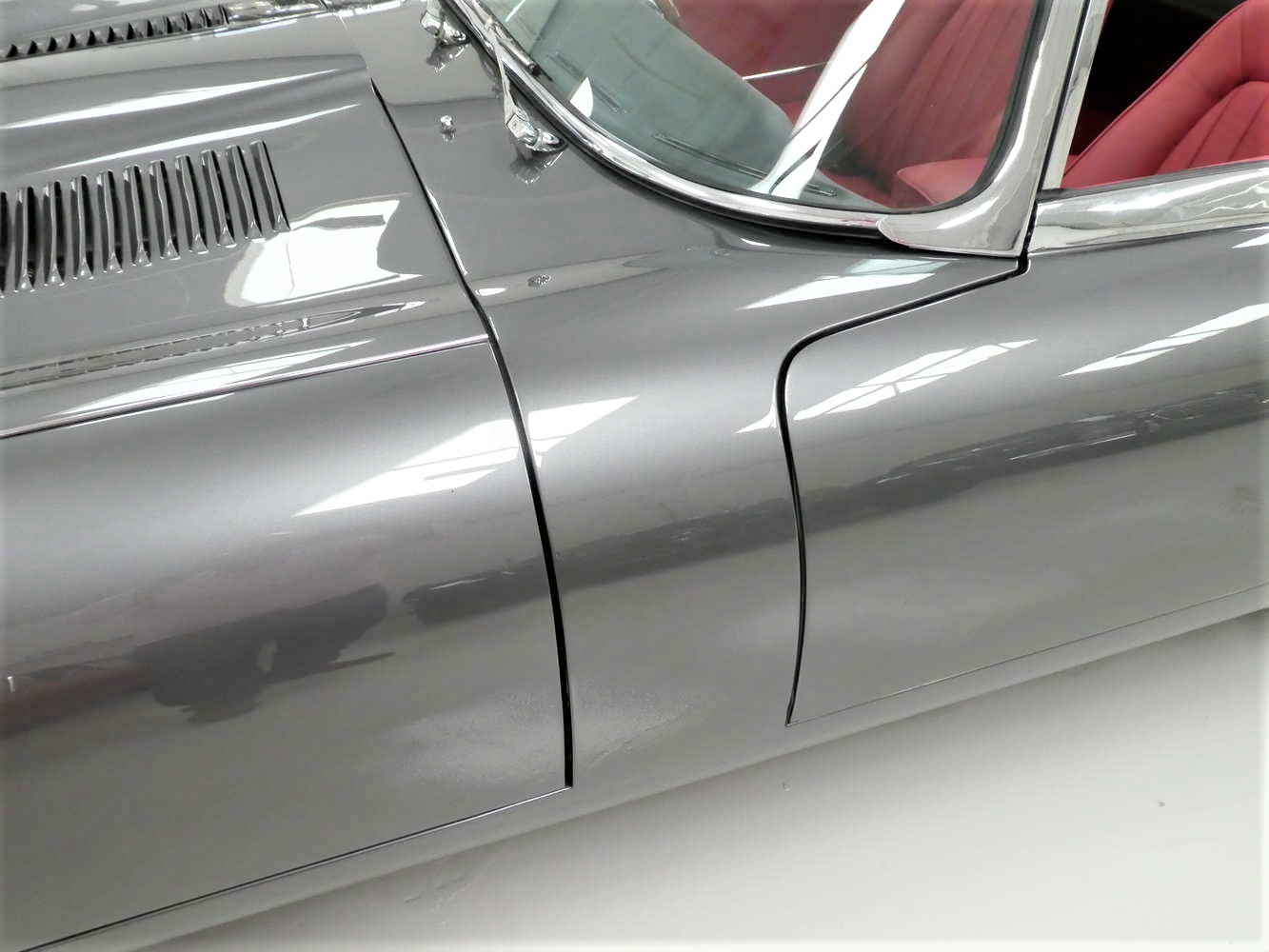 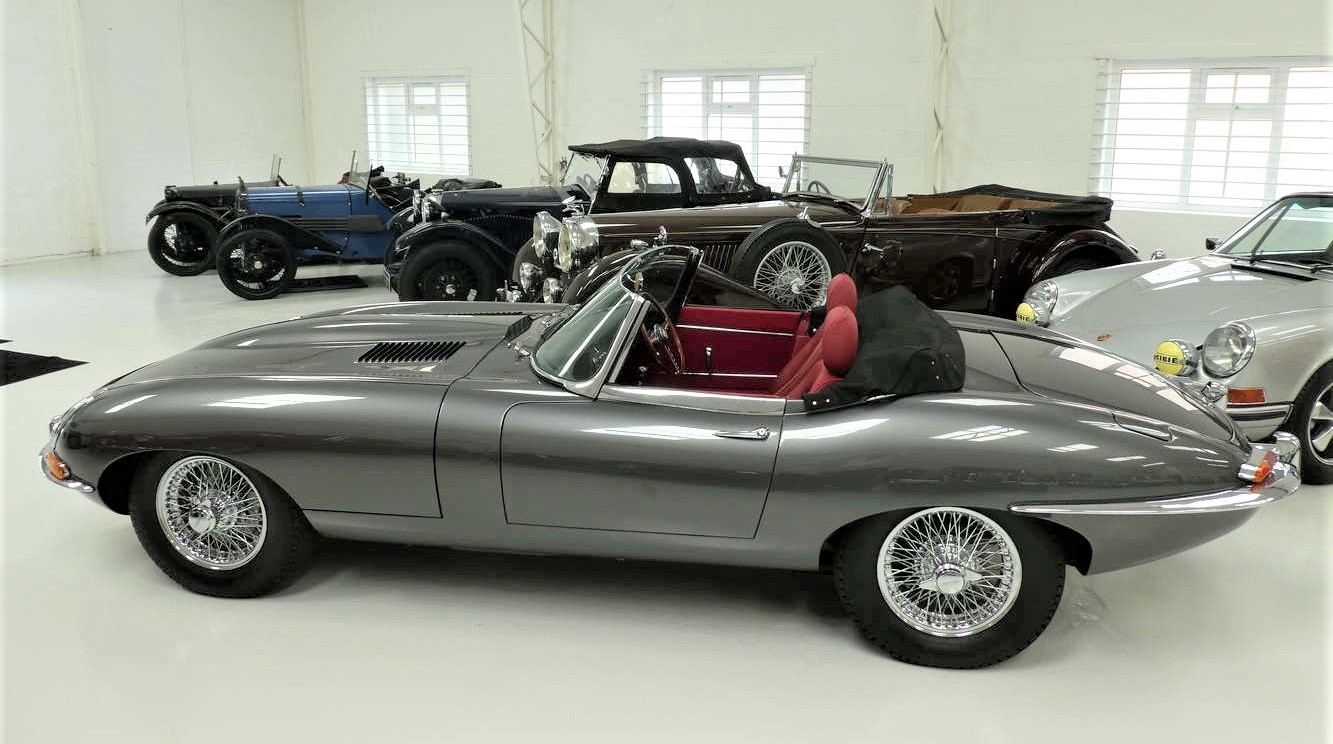 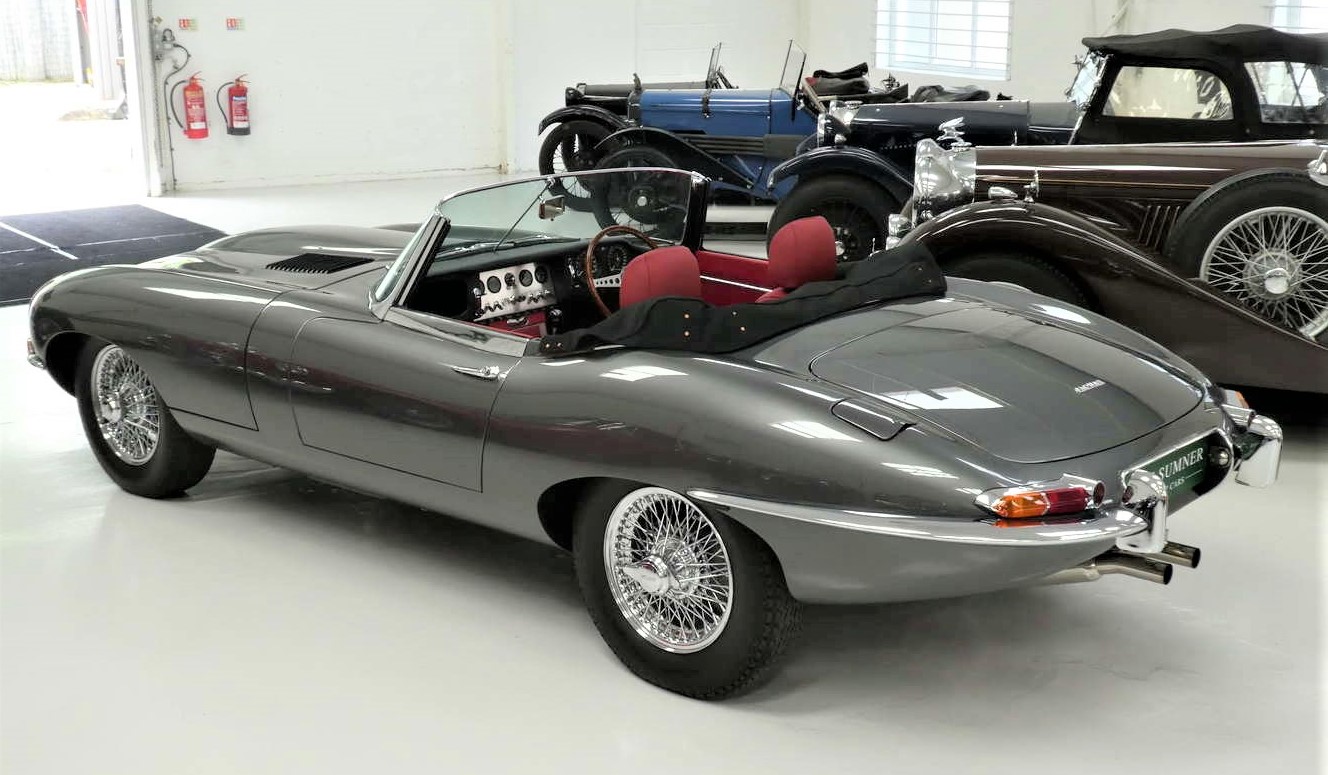 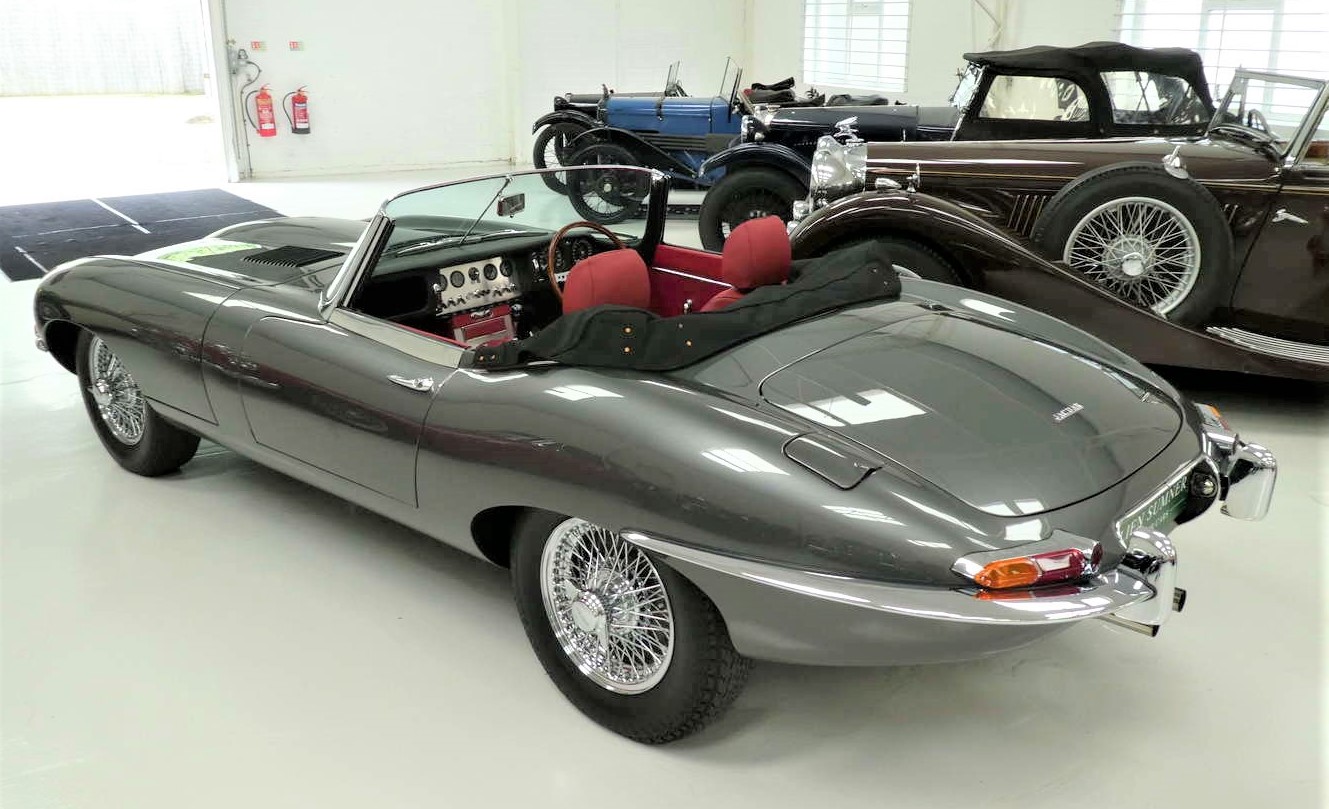 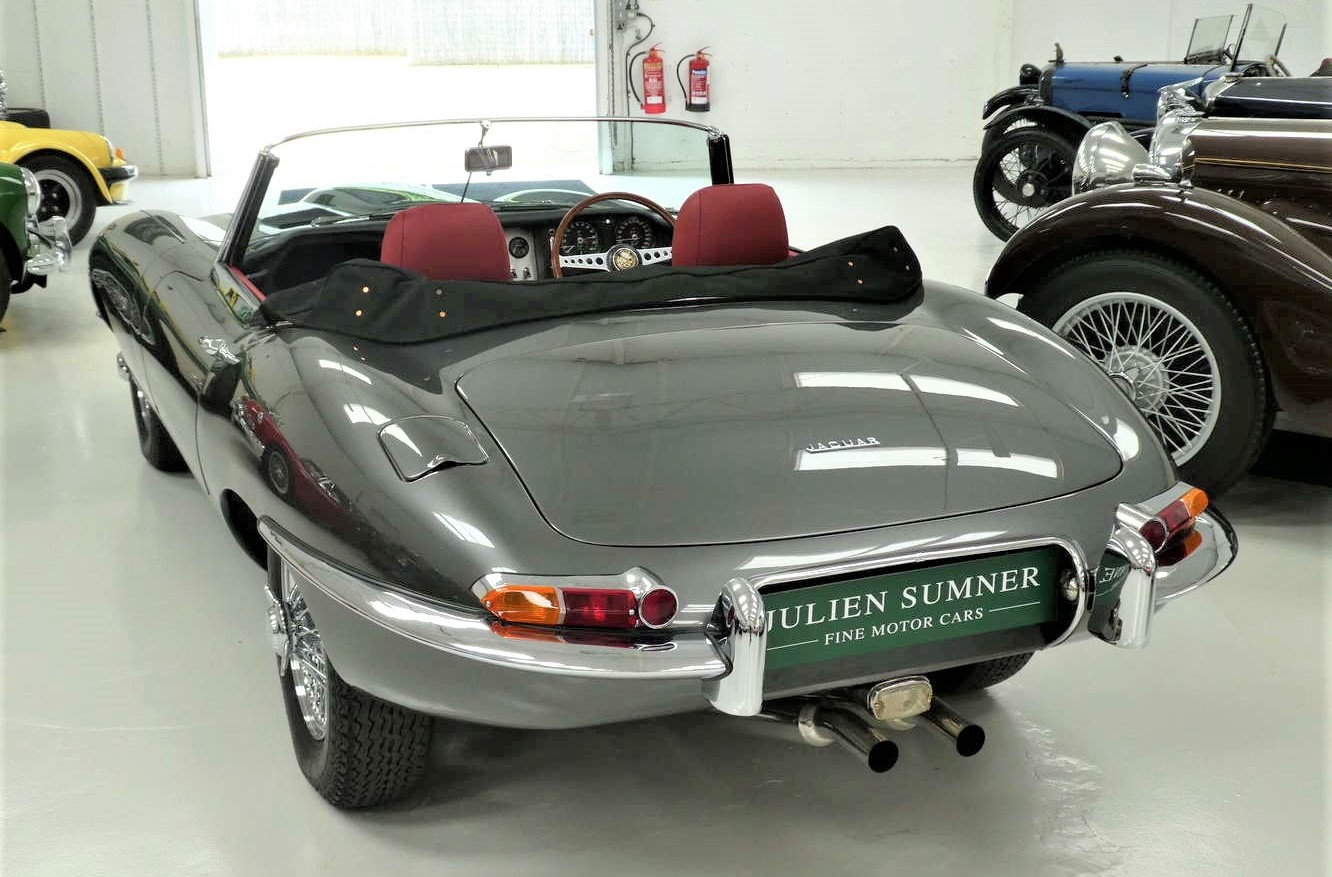 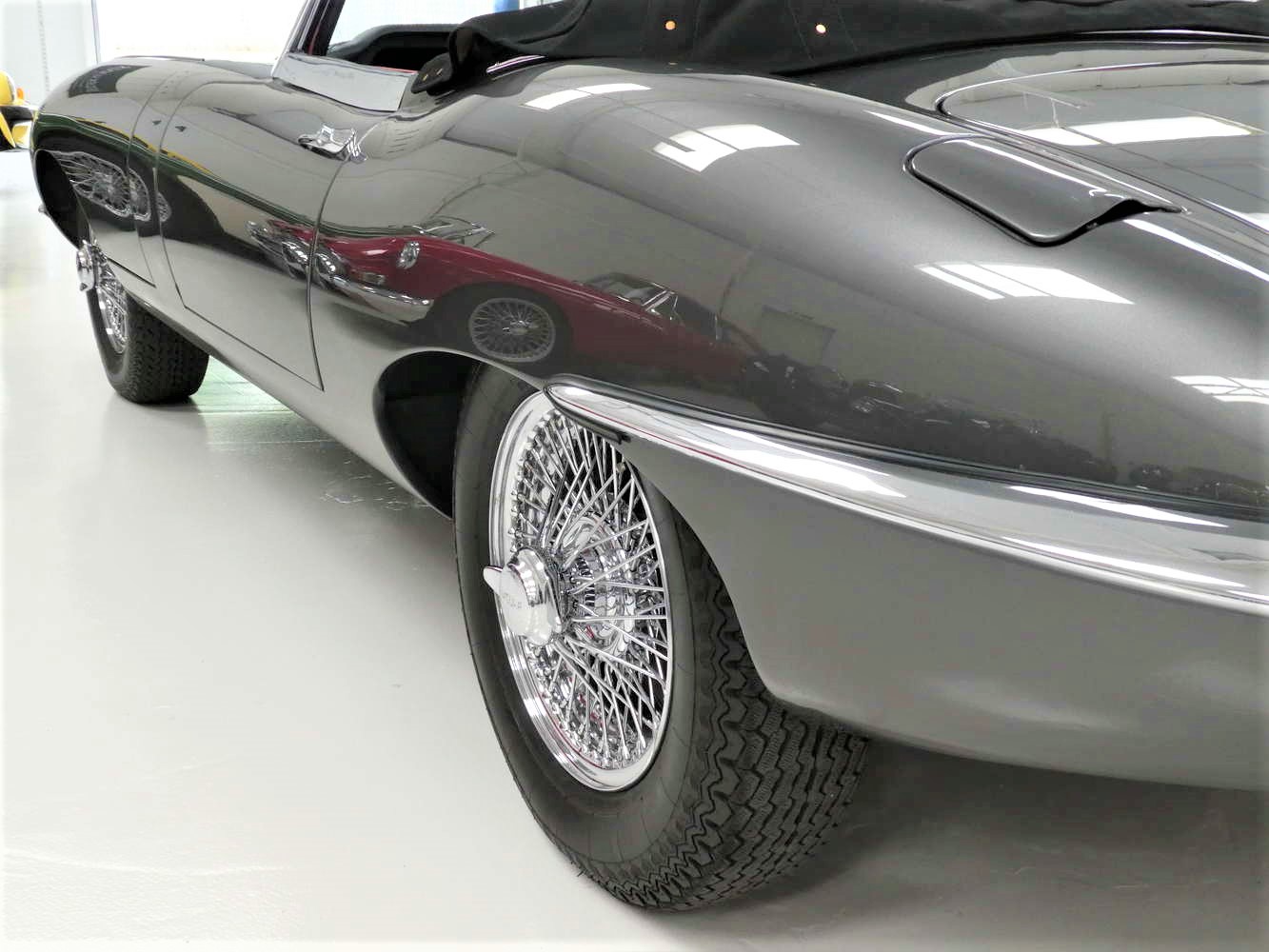 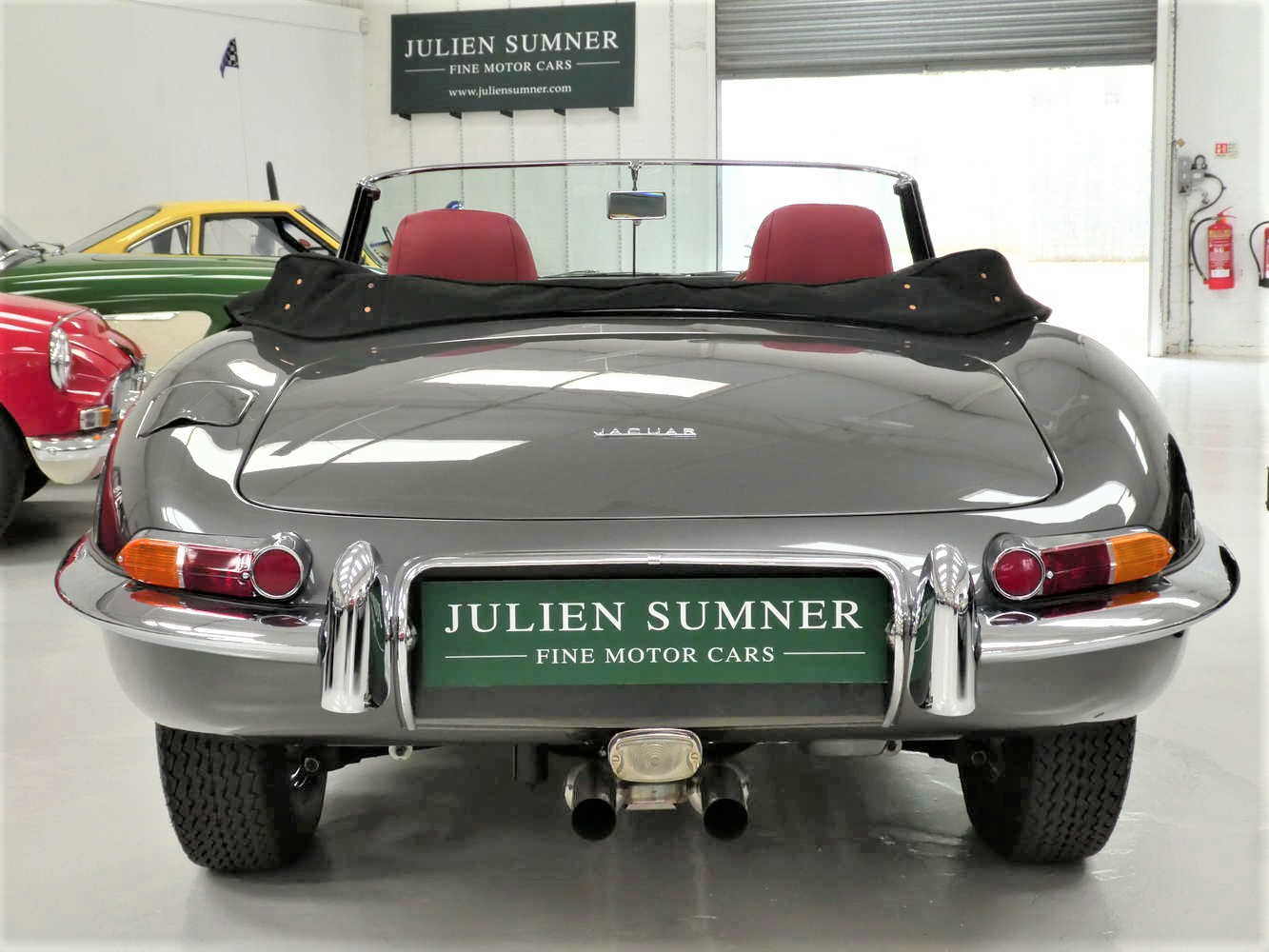 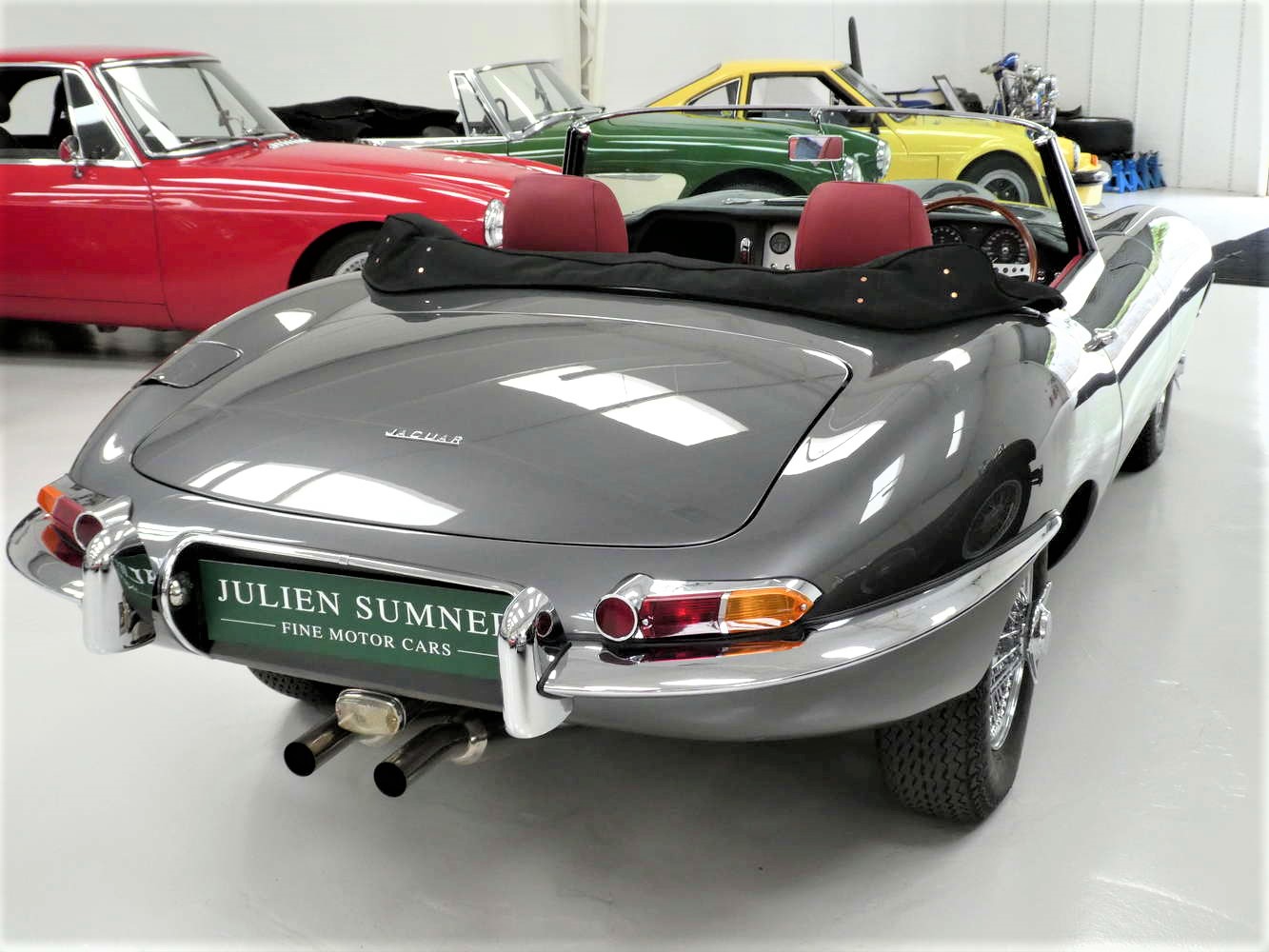 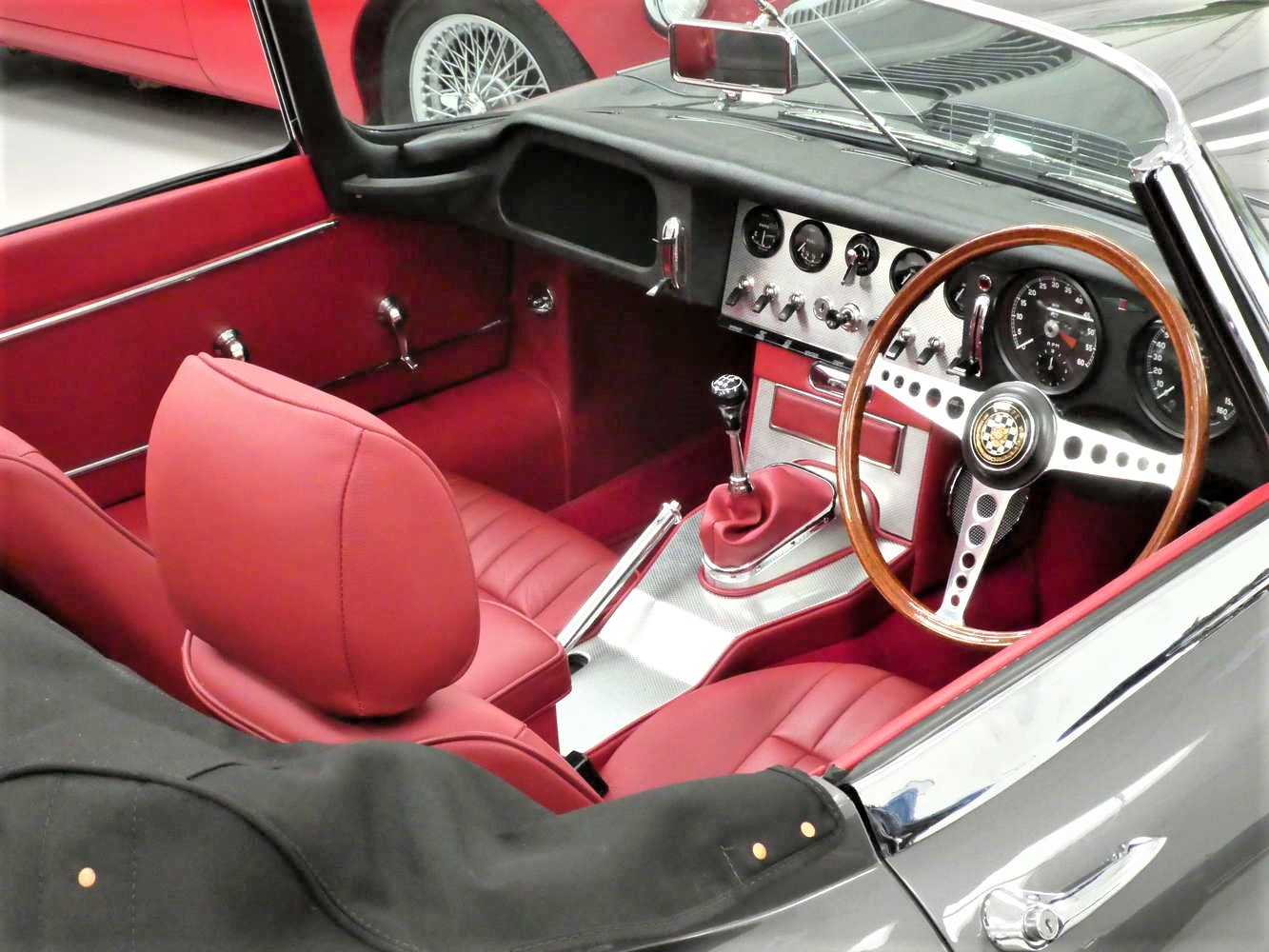 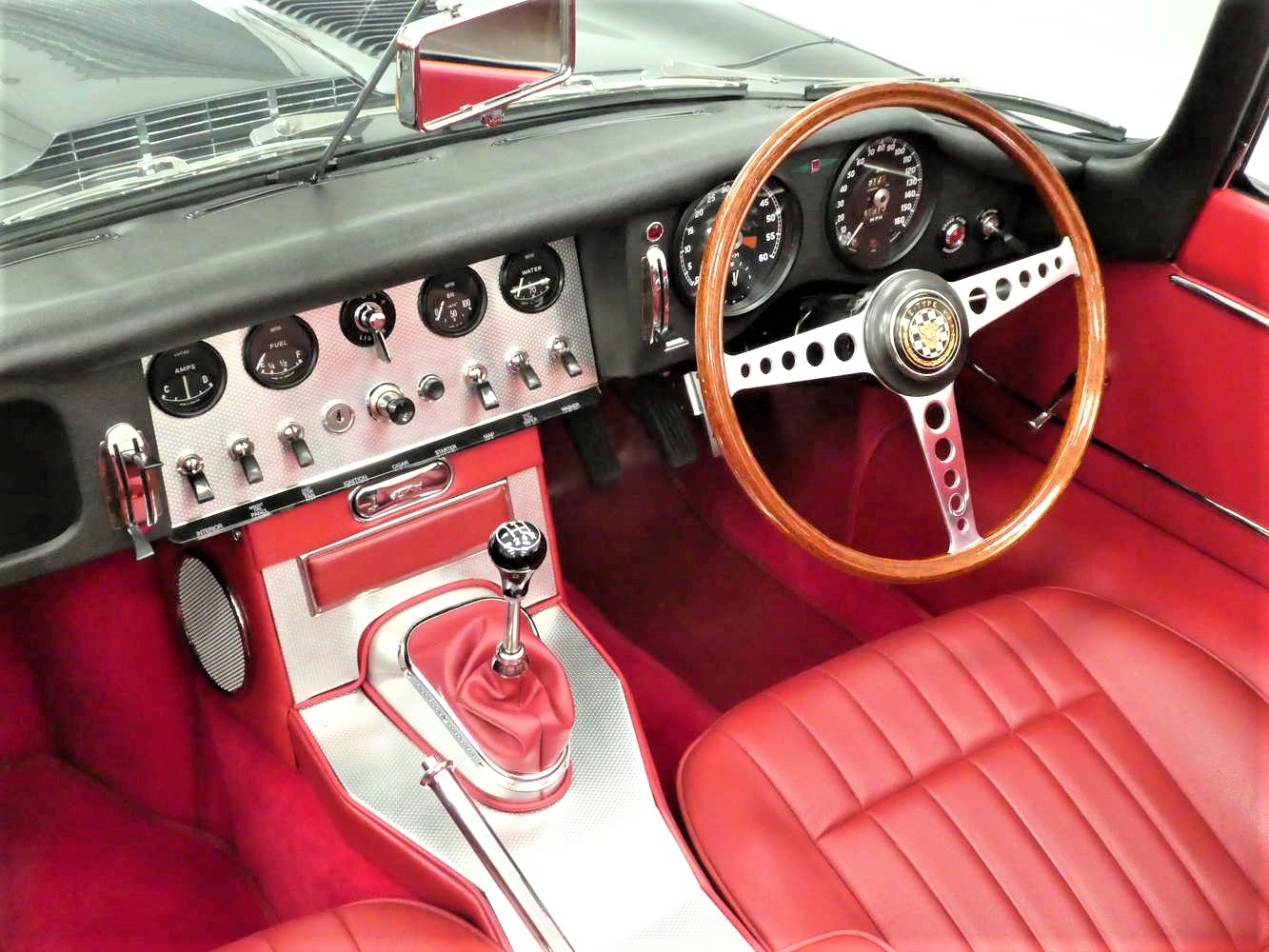 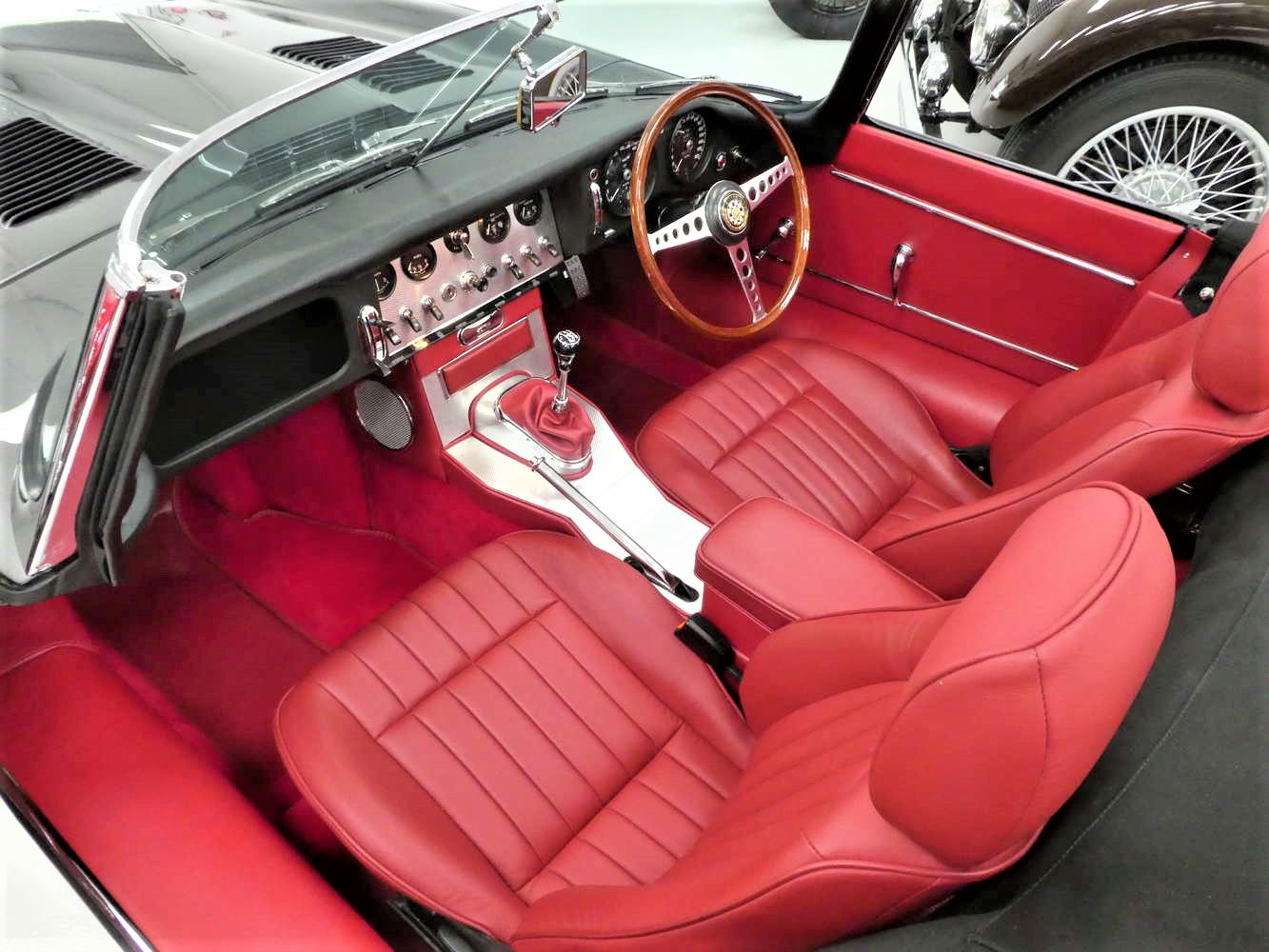 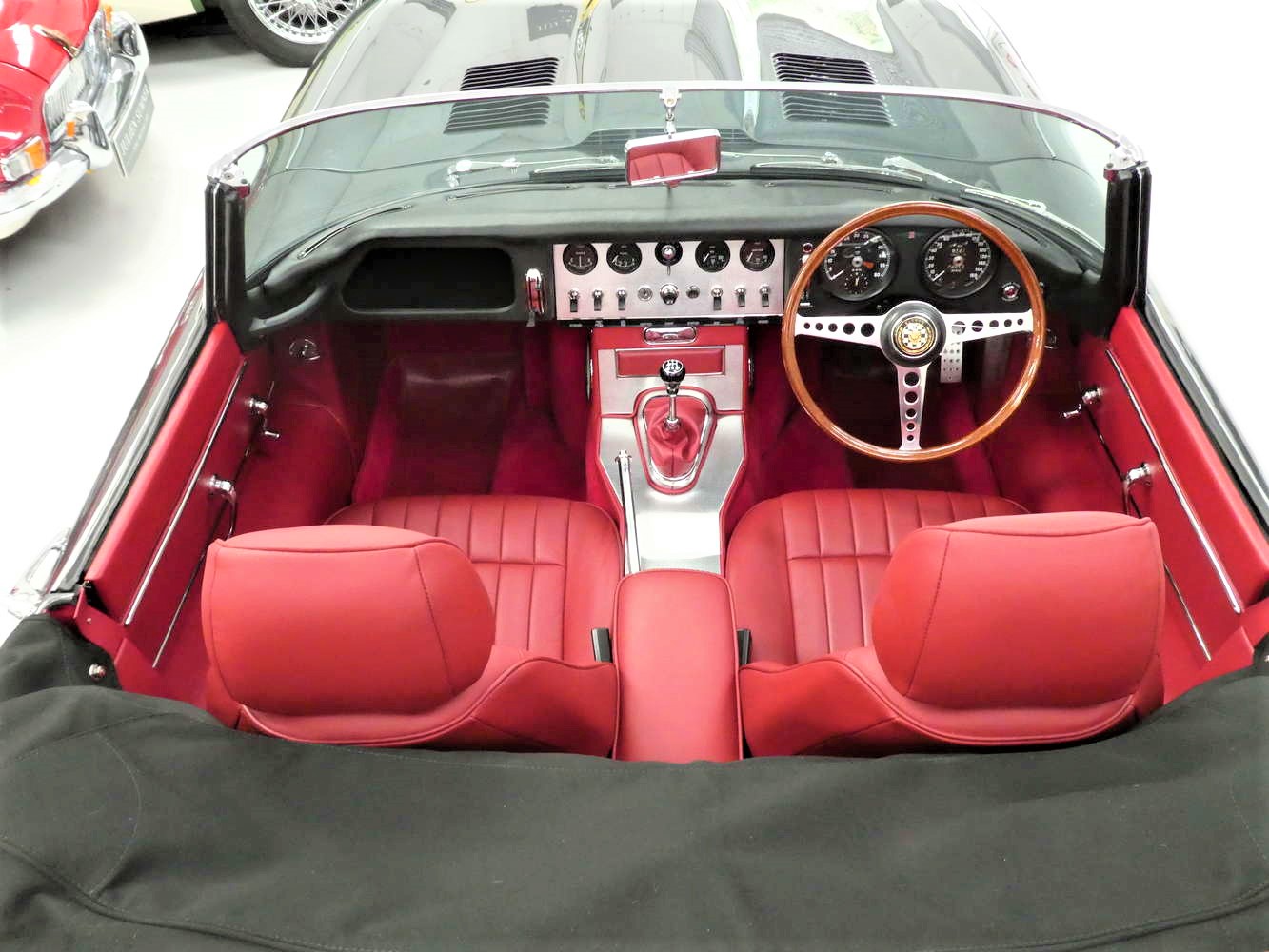 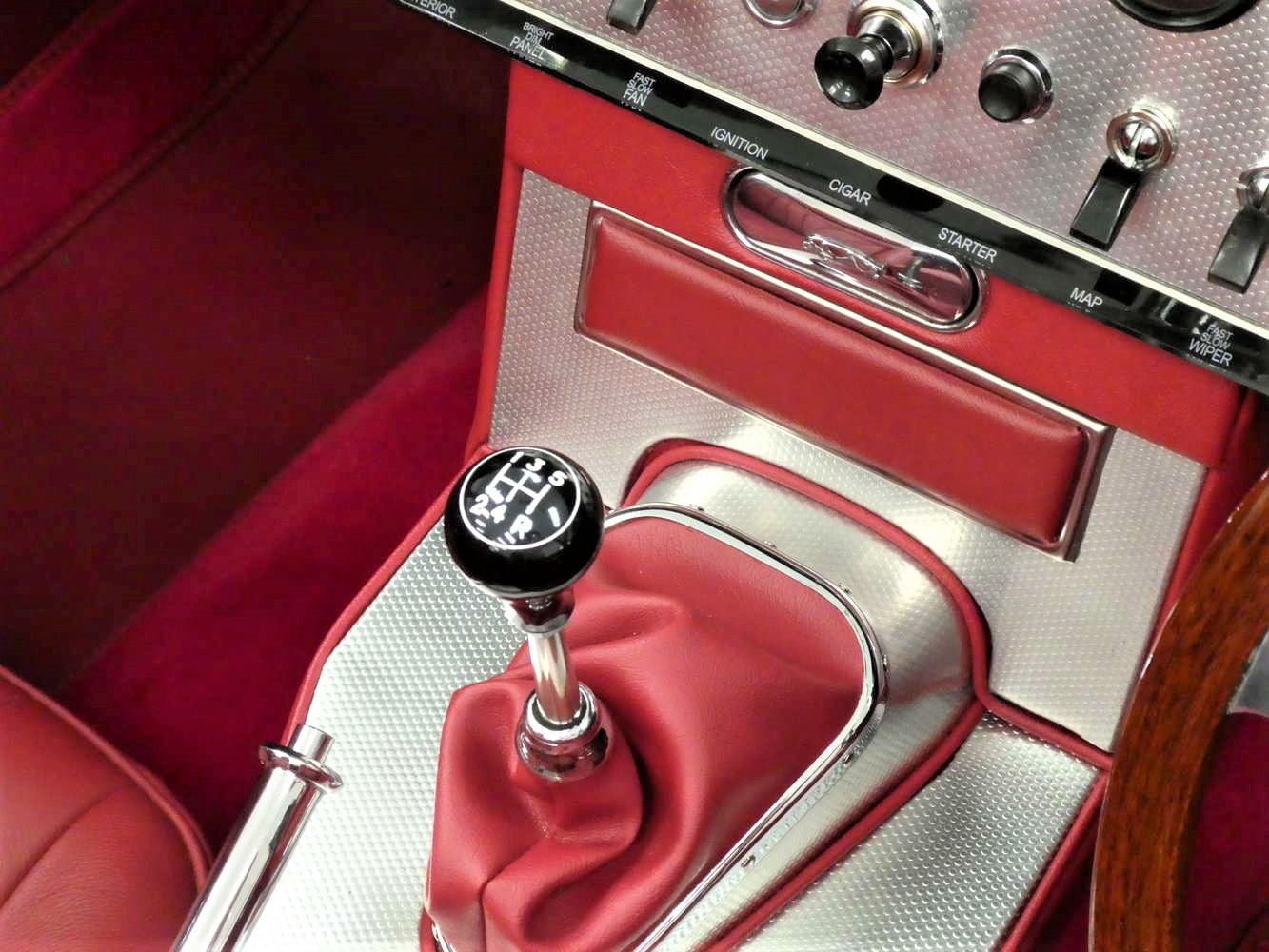 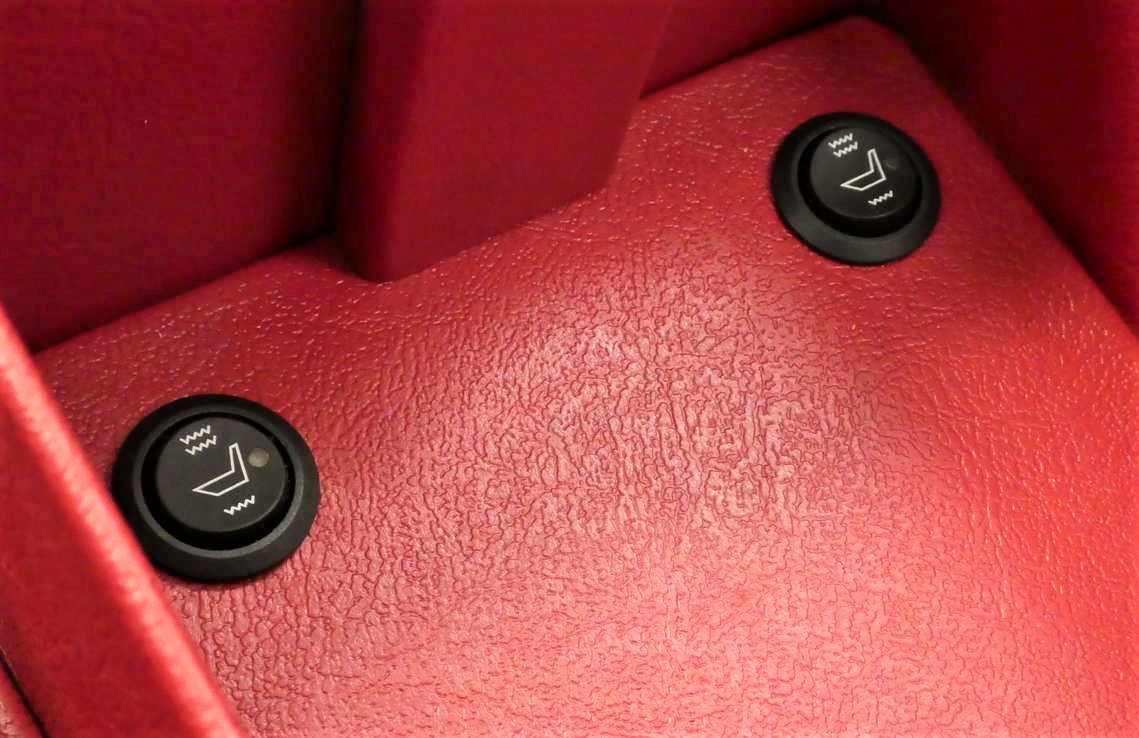 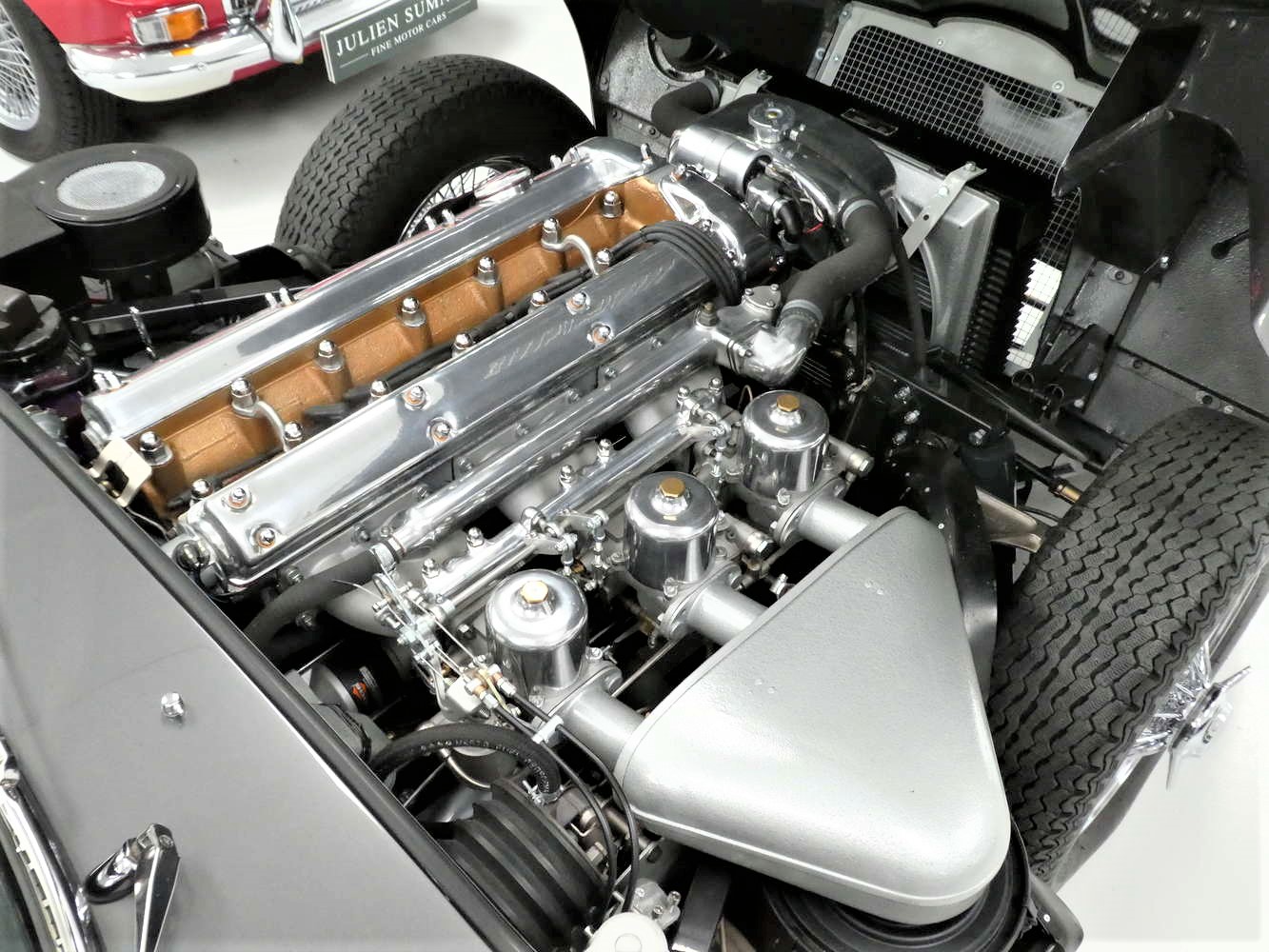 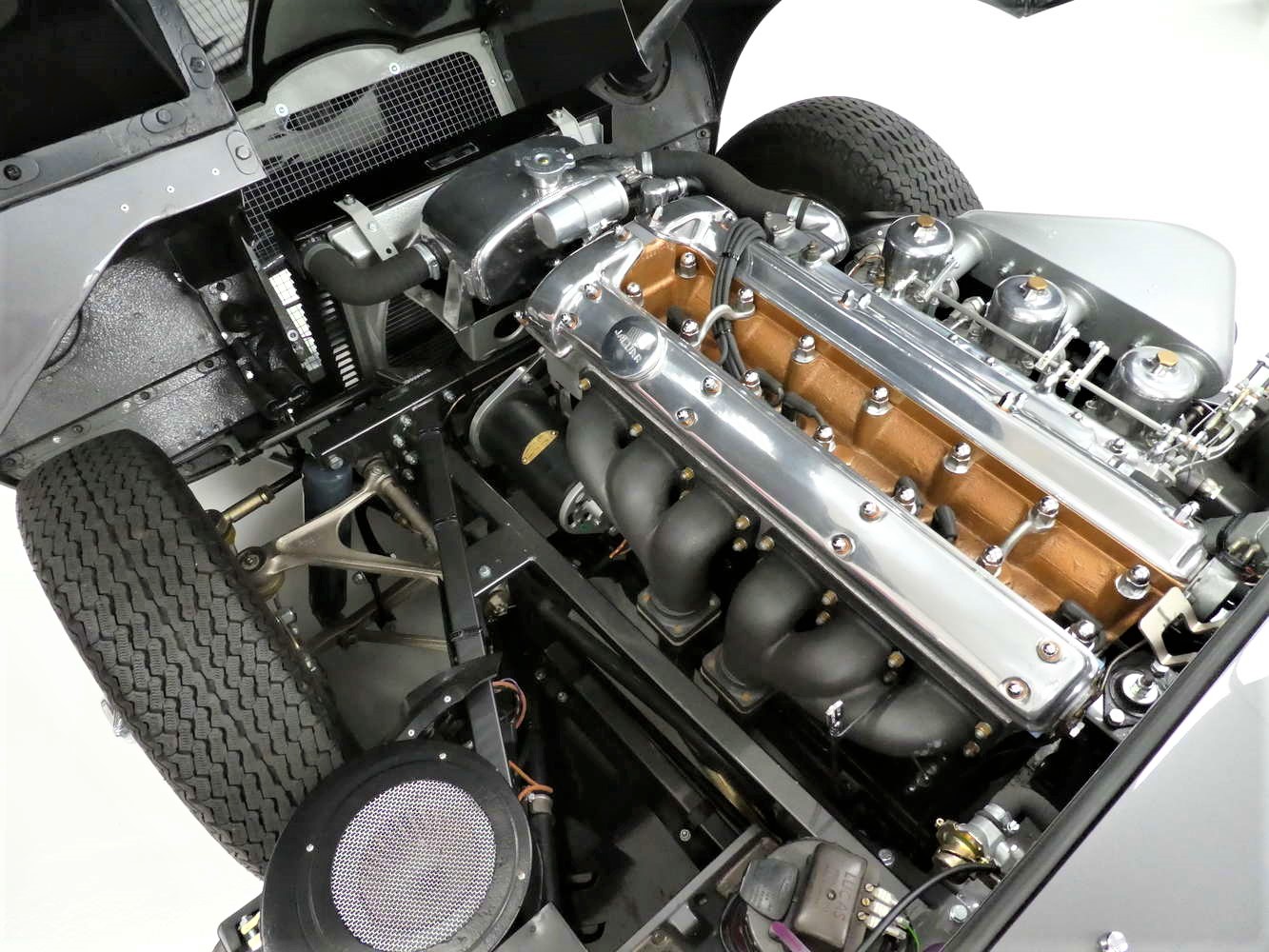 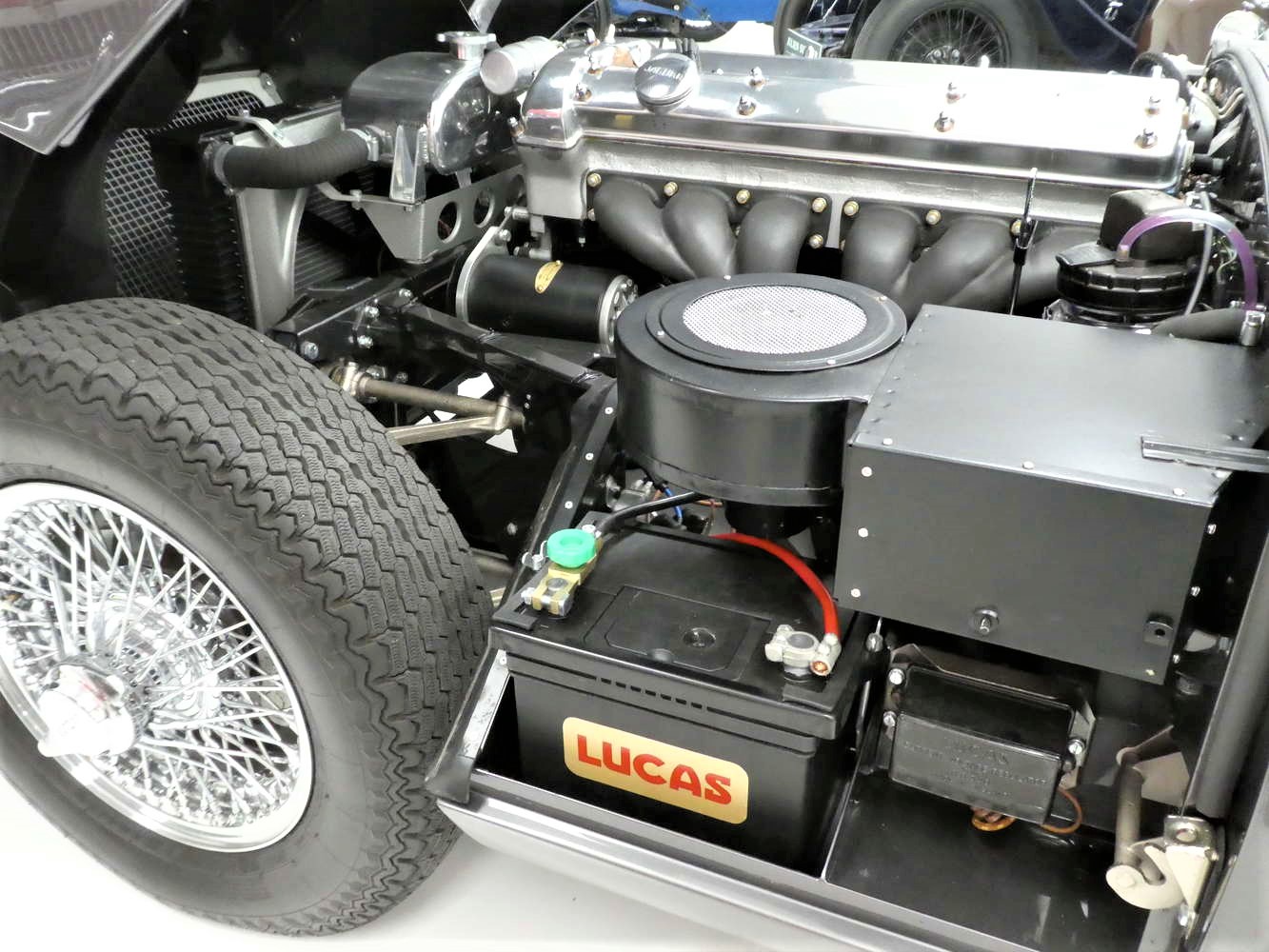 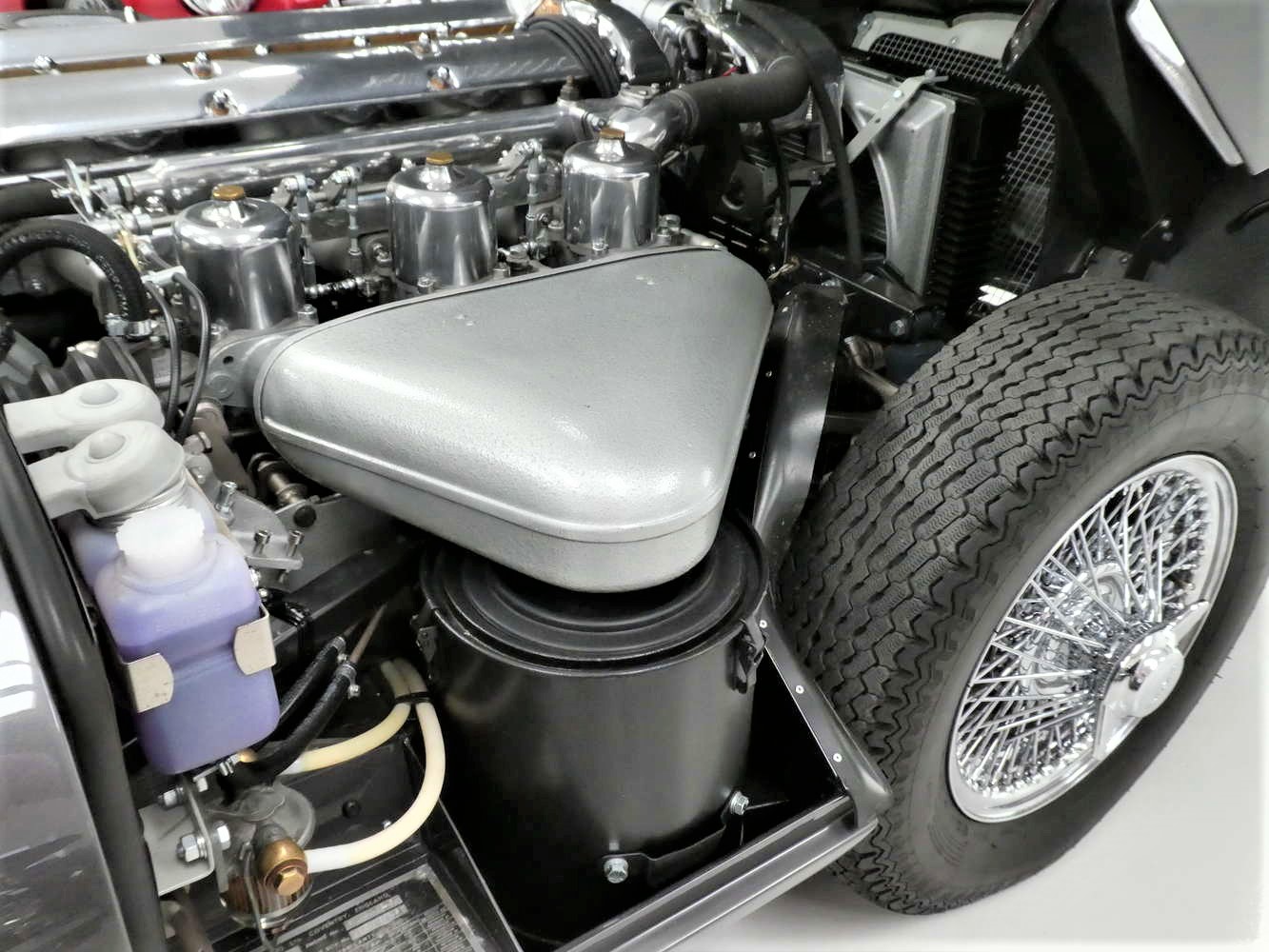 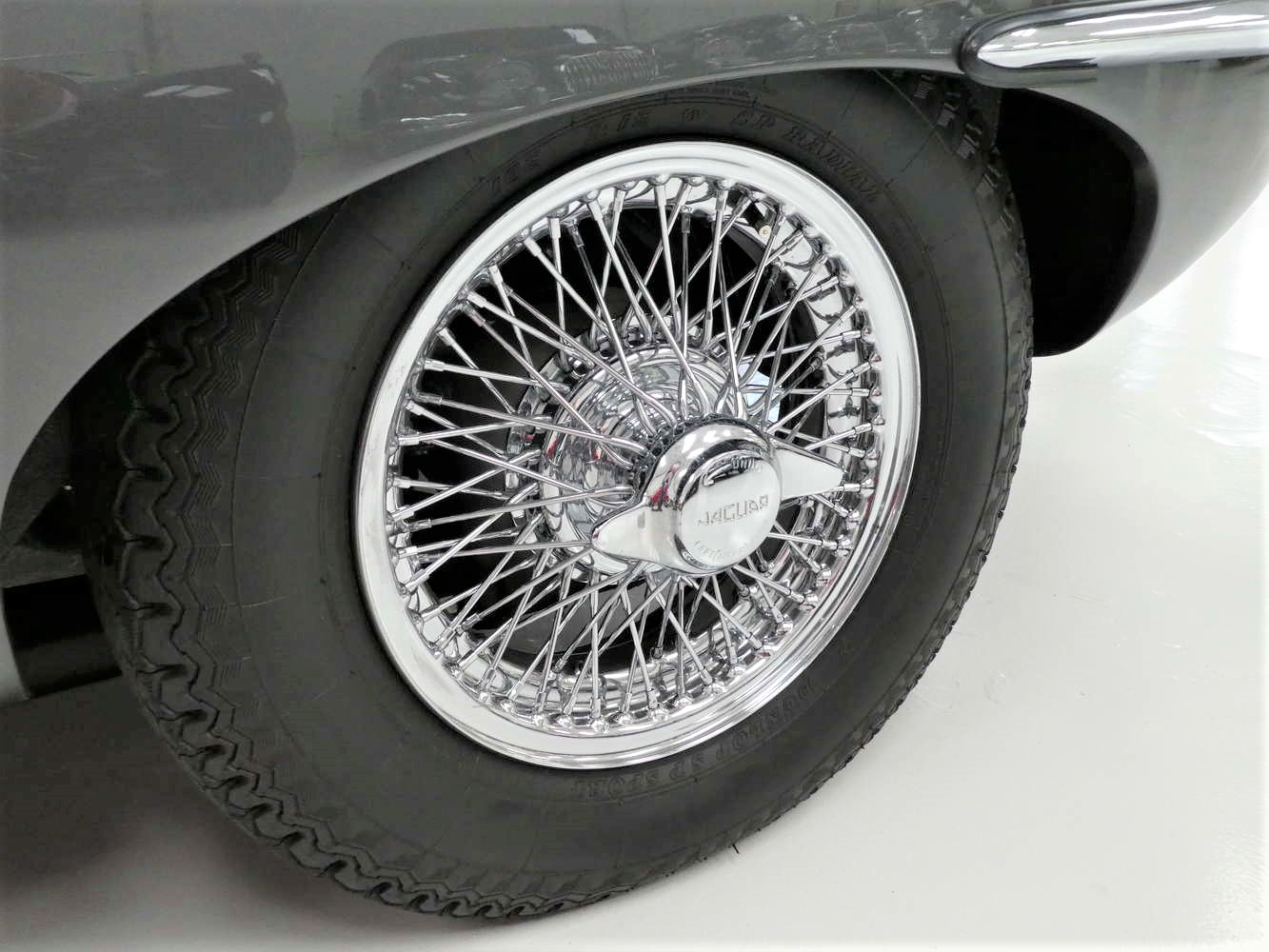 The Jaguar Heritage certificate confirms this car’s  build date as 8th March 1962 and that it pleasingly remains a matching numbers car. Originally supplied via Jaguar Cars in New York, little is known of its earlier life until it arrived in the UK during 2015.

Enter the scene one very motivated enthusiast who purchased the Jaguar with the explicit intention of under taking a total ground up restoration, and after much deliberation this was entrusted to Moss Jaguar Ltd who started work during 2016. Pleasingly one can determine the order of works and the eye-watering magnitude of cost from the copious invoices on file!!

Very much first on the agenda was getting the body perfectly reformed. This reminds me that Voltaire famously remarked, "perfection is attained by slow degrees; it requires the hand of time", which is certainly a truism here, as the resulting finished metal work is of an exceptional standard, with perfect panel gaps and shut lines. It looks truly resplendent in this shade of grey metallic with contrasting red leather interior.

The engine and all mechanicals are as you would expect for a car of this standard, completely overhauled and/or rebuilt using where necessary modern and sympathetic upgrades along the way. As European touring was a focal point,enhanced drive-ability was important, thus a 5 speed gearbox was deemed sensible for relaxed cruising, and this "short tail" unit came via E Type Fabs, who use the original casing but change the internals.

The next priority was seat comfort for longer driving stints. Evidently the fixed position of the series one bucket is not best suited for comfort or hours behind the wheel, giving little in the way of any adjustment. These modern updates still retain the older style look but offer enhanced comfort without impeding vision in anyway, plus have a welcome heated seat function. For further convenience a modern USB adapter was discreetly fitted to the dash.

Throughout the car you notice some other sensible technical improvements, but none of which  interfere with E Type's “DNA”. A small but simple example of this is how the hood cover attaches, once a fiddly affair that often came undone at speed, now clips securely and easily into place. Modern headlights and improved interior lighting are also fitted, not something you immediately think of as vital, but the benefits are wholly appreciated once on the move.

There are many imponderables in life but certainly it's very clear that copious amounts of both time and money have been spent to produce this beautifully restored Jaguar 3.8 E Type OTS (Open Two Seater). With only shake down road miles completed, this Jaguar is virtually as new and fully prepared for the road.

It would be a pleasure to answer any further question you might have. This Jaguar can be inspected at my Guildford showroom – if you would please call rather than email me directly on +44(0)7788 86570